Hi guys!
Welcome back to Satisfaction for Insatiable Readers.
Today I'm catering to my fellow female readers out there with a review of a Vintage Romance via JKS Communications.  What's that...you ask?  Why it's a romantic tale from yesteryear (think late 1800's to the early 1900's) brought back to the forefront for your reading pleasure...and what's more it's been translated from its original German so the chances of you having read it before are slim to none.  Don't believe me?  Well then, I see the challenge has been laid before me.  Not to worry, both I and the book are up to the task.  Without further ado, today's eBook of choice is... 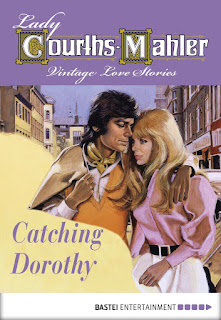 Catching Dorothy
The Lady Courths Mahler Series
by
Lady Courths Mahler
9783732505760
Bastei Entertainment
About the book...
Albert Groner wants two things from life: To see his lovely, unbridled daughter Dorothy happily married, and to secure the future of his aircraft company. What could be better than to see her matched with dashing Jim Boker, heir to another aircraft empire? When comical subterfuge thrusts Dorothy into Jim’s life, the result is much more than a marriage of convenience—but the discovery of two souls who were made for each other.
~~~~~~~~~~~~~~~~~~~~~~~~~~~~~~~~~
Alright so let's cut right to the chase.
My reaction to the cover... 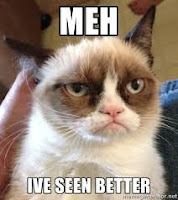 Yeah.  That cover is NOT something it has going for it, in my personal opinion.  I can honestly say, if I'd seen it on the shelf (virtual or non), I would have left it alone.  Yep.  Sad but true.  Now, the reason that would have been sad brings me to my second point.  My reaction to the story itself... 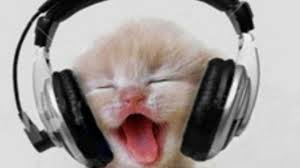 ...was fantastic!
Really and truly, despite the fact that I wanted to smack Mr. Boker upside the head several dozen times, the tale stands strong on its on virtual merit.  Dorothy is a headstrong, slightly bratty, leading lady that is use to getting her way...and when she doesn't, she's been known to resort to stomping her foot and pouting.  Yeah...quite the grown up, right?  *chuckles*  Even though that painted her in a less than endearing light, she is rather delightful and I admired the fact that she was willing to stand up to whomever or whatever dared to stand in her way.  In this case, let's discuss one Mr. Boker, or Mr. White as he presents himself to Ms. Dorothy (don't worry, I didn't spoil a thing...it's all right there in the first few pages).

This is a chap that certainly knows what he wants and feels entitled to obtain it, including the bride he fancies even though she has vehemently denied any interest in him (without having met him, the key to her own downfall you might say).  Now before you go stoning him entirely, because there are other reasons to grab the nearest rock and connect it with his pretty little head, there is a method to his madness.  He wants her for his own but she must feel the same about him and be able to concede on a few points now and again to make the match heavenly.  In other words, he wants to break her will to some degree so she's not so stubborn all the time (talk about the pot calling the kettle!).  I'm not saying I condone his actions, though they did provide much entertainment along the way, but I get where he was going with things...and don't worry, she had some surprises in store for him along the way as well.
In conclusion, a surprisingly fun read perfect for a summer afternoon.  There's just enough romance to warm the heart with plenty of antics for you to get your exercise in...you know, from laughing!  All in all, the perfect match for Romance and Chick-lit fans of all ages. 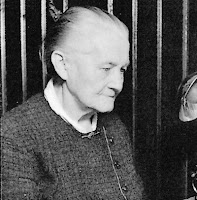 The author's story could have come from one of her novels:
Born on February 18, 1867, Hedwig Courths Mahler was the product of an out-of-wedlock affair, raised by various foster parents. She wrote her first seventeen books while working as a saleswoman,
and soon became a highly circulated author with her Courths Mahler romance novels. In 1939, the
Nazis refused to publish her work and the Gestapo arrested her daughter. Courths Mahler never
wrote again. She died on November 26, 1950 without witnessing the Renaissance of her novels.
Thanks to Bastei Entertainment, her gorgeous romances are being resurrected for a new generation.
~~~~~~~~~~~~~~~~~~~~~~~~~~~~~~~~

Special thanks to Angelle at JKS Communications for the eBook for review.  (THANKS!)  For more information on this title, the publisher, or those promotions on the horizon, feel free to click through the links provided above.  This title is available now via Bastei Entertainment, so be on the lookout for it on a virtual shelf of your choosing.
Until next time...happy reading!

Yeah, not a good cover. That's great that you really liked the story though!