Today, we're diving in head first as we join the Bookslapped Tour already in progress for the second installment in the Neon Dreams trilogy.  I spotted this one on Twitter a few weeks back and having just finished book one at the time, I was more than game.  Was it as successful as the first?  Was I as captured by the characters, wrapped around the story, ready to wile away a few hours to reach the final page?  You'll have to keep reading to find out but let me warn you know, this is for ADULT AUDIENCES ONLY despite the New Adult genre it resides in.  So, now that that's out of the way, please join me center stage for today's eBook of choice and blog tour guest... 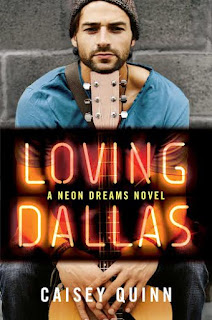 About the book...
Dallas Lark is so close to achieving his dream of making it big in country music that he can taste it. Arriving in Nashville after signing with sexy, successful manager Mandy Lantram, his life goes from tragedy and turmoil to one lucky break after another—except it isn’t really luck because Dallas has sacrificed everything for his career, leaving behind his band, sister, best friend, and high school sweetheart, Robyn, in the pursuit of fame.

Robyn Breeland is a successful marketing coordinator and promotions specialist for a thriving liquor distributor out of Texas. She loves every aspect of her job: coming up with new ideas, traveling, hosting promotional parties and exclusive events—until it brings her face-to-face with the man who broke her heart, prompting her to erect a steel cage around it.

When their paths collide and they’re forced to work together, Dallas and Robyn realize that the old spark they thought they’d extinguished might still be a burning
flame. 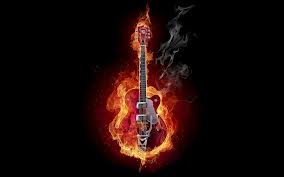 Picking up right where Leaving Amarillo left off, this addition to the Neon Dreams trilogy does not disappoint in many areas.  We get to know Dallas from the perspective of a lost love as well as from his own psyche.  From pulling his group apart to changing his name, we see how he deals with all that this new world is throwing at him.  Friends are hard to come by, acquaintances aren't easy to trust, and family may be a phone call away but they're dealing with their own troubles.  It's a topsy turvy world we've landed in and yet this is suppose to be all that he's ever wanted.  So, why isn't he more content, more satisfied?  Good question....

Enter one Robyn Breeland.  She's the one that got away and yet wouldn't you know it, here she is once again!  Now before you go getting any romantic ideas, she's not stalking him nor he stalking her.  It's purely chance and circumstance that they's ended up on the same tour, he the talent (or one of them anyway) and she the sponsor/promoter.  Oh yeah, I don't see ANY conflicts of interest arising here. I mean after all, their split was amicable, what they both wanted, something they never looked back from....right?  What's that?  A buzzer sound?  Why yes, I do believe it was and it signals that...they are both SO not over each other.  Problem is neither one can use the distraction right now.  They both have dreams, goals, and drive...only it seems that their paths are more than destined to cross.  What's a little fun for old times sake?  Only something so combustible that it just might change the life path of BOTH souls on the journey.... 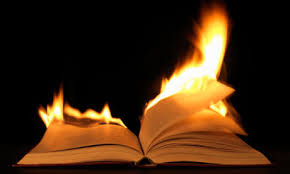 If you couldn't tell, I DID like both leading characters....though the semi-douche that Dallas is on tour with could use a shred more integrity and his manager, well we'll just say she gets what's coming to her.  The story itself takes us from fond remembrances to trying to make things right and back round again as things get tangled up all over again leading to a stunning ending that will find you holding your breath.  The author sure knows how to write them while continuing to grow the story and draw you in to this world of music and bright lights.  Now, while I admit to enjoying it on the whole, I did have one disappointment...the language.

Okay, let me make myself clear....this IS a New Adult series, and in my experience thus far, some of them can get pretty close to that edge (you know the one).  This series definitely takes it there but this installment...honestly the language pushes my boundaries at times and if I had to "hear" him talk about his d*** one more time, I was gonna throw the book.  I get it.  This one is predominantly about Dallas, thus we're inside the mind of a guy.  Problem is...it's a rather DARK place, and plenty depraved.  Reality?  Couldn't say, but reading wise...it almost made it completely NOT my cup of tea.  Luckily I was drawn in enough by the surrounding story so that once we moved beyond those (many) passages, I was good to go and back on track.

All in all, certainly not a choice for those preferring cleaner reads but it does have merit just the same.  This is one trio (yes, trio...we have a wee cameo from his sister and the drummer) that may not be squeaky clean but they're definitely worth the trudge through the grit and grime.  So, if you're ready for a musically infused tale, join in the adventure as you cross the USA in search of the one thing that sets your soul on fire...just don't be surprised if the answer isn't what you thought it might be (GOTTA love that ending!).

Recommended for ADULT AUDIENCES ONLY.

Special thanks to the team at Bookslapped for the chance to bring this blog tour to you as well as the eBook for review.  (THANKS!)  For more information on this title, the author, the publisher, this tour, or those on the horizon, feel free to click through the links provided.  This title reached publication just last month via William Morrow Paperbacks, an imprint of HarperCollins Publishers, so be on the lookout for it on a bookstore shelf or virtual retailer of your choosing.

FOR YOUR CHANCE TO WIN A COPY OF THIS BOOK, CLICK HERE!  ENDS AT MIDNIGHT!

Thank you so much for participating in the blog tour! <3