Today, we're sharing a recent Non-Fiction read that I found myself between the pages of thanks to Anna at FSB Associates.  It's a sequel, of sorts, to the author's 2016 release, Bedlam's Door, which introduced us to Mark Rubinstein, M.D. and the world of afflicted minds that he inhabits.  So, if you're ready to reaffirm that truth can indeed be stranger than fiction, join me as we discover... 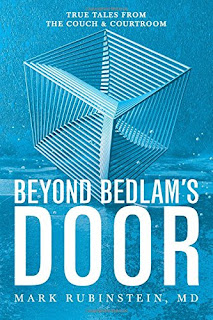 Beyond Bedlam's Door:
True Tales from the Couch to the Courtroom
by
Mark Rubinstein, M.D.
9781941016251
Thunder Lake Press

About the book...
What drove a psychiatrist to enlist a patient in a plot to murder six people?

What was the secret bargain struck that allowed a 104-year-old woman to live such a long and productive life?

Why would a woman refuse to emerge from the confines of her bedroom? And after treatment liberated her, why did she suddenly take a turn for the worse?

In Beyond Bedlam's Door, former practicing psychiatrist Mark Rubinstein takes you outside the hospital and into his world of private patients, nursing home residents, and the challenging legal system in which he worked as a forensic expert. As in Bedlam's Door, great lengths were taken to preserve people's anonymity, but the raw truth of each story remains intact. The resiliency of some individuals and the venality of others are laid bare in these pages.

Beyond Bedlam's Door invites you to meet twenty-one unforgettable people. Some stories will disturb you, others will make you smile, but all will give you a deeper appreciation of what it means to be human.

Here, we have a mixture of minds, attitudes, afflictions, and something other, that take us into the inner workings of a handful of souls encountered in the author's lifetime.  From the boy who couldn't get enough attention to passing judgment on whether a perceived threat was handled according to best practices, the housewife that needed a life to the artist that needed a hand up not out, there are many stories between the pages, both expected and non, that will have you nodding in agreement, shaking your head in sympathy, or fired up with the desire to avenge the wronged.  It runs the gambit for certain, but there are always those that stand out most.

For me, I was most drawn to three stories in particular; two for the better, one for the worst.  First and foremost, his unexpected office addition, even if only temporarily, of four legged friend.  The therapeutic nature of animals has long been debated, but on the whole, I'd say the decision is definitely in their favor.  It was wonderful to see everyone open up under the attention of that unconditional love, providing our dear doctor another avenue to reach their troubled minds.  Second on the list, the gentleman struggling through surviving the 9/11 attacks.  He was actually IN the building when it occurred, and the story he shares is so heart wrenching, so unbelievable and yet impossibly true, you can't help but feel for him and marvel at the strength of his character even as he relays the continuing trials he faces on a daily basis.

One that I actually found most disturbing wasn't even a patient or client scenario, but a clandestine conversation between colleagues...though the latter term I use quite loosely.  It seems one person in particular that was in the role of doctor, craved to cross that line between the patient and themselves.  Grant it, it was a person whose particular "issues" ran the line of shall we say exposition, but people (well, most anyway) go in search of professionals in this field generally after searching themselves for answers and finding none. They are seeking help, not a continuance of what they are trying to lay to rest.  I must say I was rather pleased with the response the author as well as his associates gave to this "Lothario's" conundrum...and took a small measure of pleasure in something that fell the "good doctor's" name later in life. 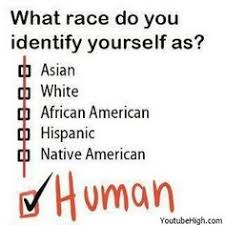 In the end, it was another curious walk through the psyches of patients and clients, that reminds us that while we may all experience life differently, we're all a part of the human race. The stories are shared with enough tact to prevent sensitive information from being exposed yet with enough depth that you can truly see behind the eyes of those seeking his audience.


Mark Rubinstein was born in Brooklyn, New York. He dreamed of playing baseball for the Brooklyn Dodgers since his all-time hero was the Dodgers’ first baseman Gil Hodges. Rubinstein played high school baseball and ran track. His love of sports led him to read sports fiction, and soon he became a voracious reader, developing an enduring love for all kinds of novels.

Special thanks to Anna at FSB Associates for the ARC for review.  (THANKS!)  For more information on this title, the author, or those promotions on the horizon, feel free to click through the links provided above. This title celebrated its book birthday May 2017 via Thunder Lake Press, so be on the lookout for it on a bookstore shelf or virtual retailer of your choosing.

I have this book, too. It's so interesting and somewhat disturbing!