The Scent of Rain by Anne Montgomery

Today, we're journeying through the pages of a Young Adult release via Treehouse Publishing Group.  It came to my attention thanks to Sarah at Smith Publicity, Inc, and let me tell you, I'm SO glad it did!  It was quite the ride from start to finish, never letting go, never letting you catch your breath, never letting you forget that these things, or at least similar things, actually happen in our day and age.  It's simply mind boggling, but before I get too far ahead of myself, allow me to introduce today's book of choice my name...

The Scent of Rain
by
Anne Montgomery
9780996390149
Treehouse Publishing Group


About the book...
Rose Madsen will do anything to keep from being married off to one of the men in her Fundamentalist Mormon (FLDS) community, even endure the continued beatings and abuse of her mother. But when her mentally handicapped baby sister is forced to strangle the bird she loves at the behest of the Prophet, Rose frees the bird and runs away.

Adan Reyes will do anything to escape the abusive foster care system in Phoenix, even leaving his good friends and successful high school athletic career behind him. Ill-prepared for surviving the desert, Adan hits the road only to suffer heat stroke. Found by a local handyman, he catches a glimpse of a mysterious girl--Rose--running through town, and follows her into the mountains where they are both tracked and discovered by the men of the FLDS community.

With their fates now intertwined, can Rose and Adan escape the systems locking them into lives of abuse? Will Rose be forced to marry the Prophet, a man her father's age, and be one of dozens of wives, perpetually pregnant, with no hope for an education? Will Adan be returned to the foster home where bullying and cruelty are common? Is everyone they meet determined to keep them right where they belong or are some adults worthy of their trust?

How I felt about this novel was hard to put into words. Okay, so it wasn't so hard to actually say words about it, but other than simply mouthing off about the cruelty of it all, the injustice no matter which way you turned, and the audacity that seemed to reign supreme, I was having a difficult time.


Right from the start I was in utter shock at what was happening for both of our leads.  Young Adan is on the run, but from exactly who or why, we aren't certain....what we are certain about is his eminent demise if he doesn't get help and FAST.  It seems in his pursuit of escape, he failed to factor in the details that could quite literally kill him.  Little miss Rose has dreams like any other young lady, but in her community, those dreams lack substance more than wishes on stars.  They are impossibilities due to their beliefs, and leader...and oh how I use that term loosely because honestly, I just can't wrap my mind around it even now! 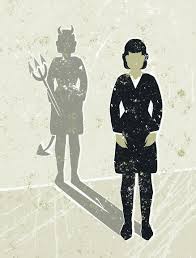 The things asked, no wait, lawed to be done and do are beyond reason, beyond measure, beyond comprehension!  He's a monster given "powers" and authority no one should have nor have the right to give.  Every word he speaks, every decree he gives, every time he opens his hideous mouth and the ugliness within escapes into the world, one more moment of loveliness, one moment of truth, one moment of beauty dies a horrible death. The fact that these two youths are able to even attempt to stand against "his might" just goes to prove that seemingly unlimited power is only unlimited until someone else squashes you like the bug you are.  Does that happen here?  I can't confirm of deny, but I will say that many people get what's coming to them in the end...for better AND worse.


Though the characters are key to truly feeling this tale, the story itself is nothing to balk at.  We have issues of teen runaways, extreme religious beliefs, and abuse handled head on but with grace.  Some of the adults provide an extended look into how things became this way and why they continue on, while others are voices for change.  It's not about faith bashing, but exposing those practices kept as dirty little secrets to the light of day, some of which aren't simply what I'd call a backwards way of thinking, but true and actual health issues that need not exist.  Emotional abuse is as bad as physical abuse, and while bruises fade, the mind tends to hold on to things strongly.  Learning at book's end that much of the story was inspired by the author's interview with FLDS escapee Flora Jessop, gave the gut wrenching tale even more impact...at least for this reader.

So, if you're looking for a story that has two leads that won't let anything stand between them and freedom of the heart and mind, this book's for you.  If you like stories that delve into the darker corners of religious sects and "traditions" hoping to gain a sympathetic ear for those still struggling in its grasp, this book's for you.  If you're simply looking for a powerful story that will rock you to your core in so SO many ways, THIS BOOK IS FOR YOU.


Anne Butler Montgomery has worked as a television sportscaster, newspaper and magazine writer, teacher, amateur baseball umpire, and high school football referee. Her first TV job came at WRBL-TV in Columbus, Georgia, and led to positions at WROC-TV in Rochester, New York, KTSP-TV in Phoenix, Arizona, and ESPN in Bristol, Connecticut, where she anchored the Emmy and ACE award-winning SportsCenter. She finished her on-camera broadcasting career with a two-year stint as the studio host for the NBA’s Phoenix Suns. Montgomery was a freelance and/or staff reporter for six publications, writing sports, features, movie reviews, and archeological pieces. Her novels include: The Scent of Rain, Nothing But Echoes, and A Light in the Desert. Montgomery teaches journalism at South Mountain High School in Phoenix, is a foster mom to three sons, and is an Arizona Interscholastic Association football referee and crew chief. When she can, she indulges in her passions: rock collecting, football officiating, scuba diving, and playing her guitar.

Special thanks to Sarah at Smith Publicity, Inc, and to author Anne Montgomery for the copy for review.  (THANKS!)  For more information on this title, the author, the publisher, or those promotions on the horizons, feel free to click through the links provided above.  This title is available now via Treehouse Publishing Group, so be on the lookout for it at virtual retailer of your choosing, including Amazon and amphoraepublishing.com.

Interesting. The FLDS thing sounds a little...enhanced, which led me to read the author's blurb. Yup. TV background. Still, I'm sure it makes for a fabulous story.

Hola, Crystal,
Everything I wrote in The Scent of Rain about the Colorado City polygamists came from Flora Jessop, a woman who grew up in the cult and escaped twice. She allowed me to interview her extensively. Flora has spent her life trying to rescue women and girls from the FLDS, so between her story and those of others, no enhancement was required. In fact, sometimes, I was tempted to dial back the stories, but I did not.

Yes, everything in this story (based on facts) needs no enhancement. Like has been said many times before: "Truth is stranger than fiction." And in this case, horrific--and ongoing.