Today, we're joining b00k r3vi3w Tours for a stop along their current promotion starring a work of Children's Fiction that leans towards the fantastical with a sampling of what might happen when fairy tale life meets reality check.  Then again, did anyone ever ASK if the princes or princesses WANTED to live happily ever after or if their "knight in shining armor" was truly their one and only?  Got ya thinking, right?  Well then, sounds like a good time to introduce our blog tour guest and ebook of choice... 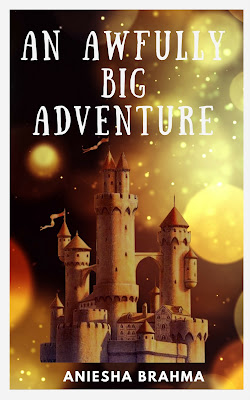 
Seventeen-year-old Yoshita Ray has stopped believing in happily ever after and fairy tales ever since her mother abandoned her. But now that her father’s married again, Yoshita’s world is turned upside down by her new stepbrother, the ten-year-old true believer, Tanay Mukherjee.

On his tenth birthday, Tanay makes a wish which whisks them away to a magical land where all the fairy tale characters are real! While Yoshita wants to do nothing but leave this place behind, her stepbrother wants to stay.

Will the rather unfortunately timed adventure tear the stepsiblings apart or will it play a hand in bringing them closer together?

Join them on An Awfully BIG Adventure to find out!

This book really had some amazing potential...
First, we have the fairy tales we know and love brought to life.  I mean, Rapunzel, Aladdin, Red Riding Hood....you name it, some part of the main duo is represented here.  In this kingdom though, they are following their predestined fates to the end we all know is coming but being given the chance to see what else might be out there...much to the Queen's chagrin. (Oh yeah, that's right...what fairy tale would be complete without an evil Queen?  Exactly.)  Who better than a realist and a dreamer to show them the way? Who indeed!  So, we have Yoshita and Tanay, the first being the now-realist-yet-former-dreamer and the latter being the current dreamer, snagging a magic carpet ride to, well, as the title puts it...AN AWFULLY BIG ADVENTURE!

Like I said, great potential...
...but I'm afraid it fell short on the way to its ultimate goal. Don't get me wrong, the overall story certainly had its moments and really, I honest to goodness wanted to simply fall under its spell, but there were a few hang ups that kept my enchantment from being complete.  Outside of a few grammatical errors and editing mishaps (these can be changed so many times between now and the final release), the story felt like it needed more room to breathe, more room to explore the doors it opened instead of racing hither and yon to the supposed end (because if magic carpets can be trusted, it's far from it!).

In the end, while not my favorite of all stories, it still has enough magic to draw readers in for a spell...(Ha! A spell...inside joke!)...and I would actually like to see it expounded upon to allow the full measure of the ideas introduced to be explored.  Of course, I'm only one reader, and the very reasons I would like to see growth may be those reasons you would prefer to keep it as is.  So, I'll leave it to you, fair readers; check it out, see what you think, and don't forget to share! 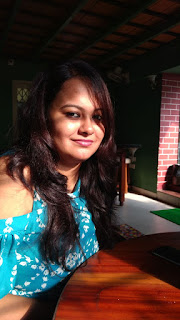 Aniesha Brahma wanted to be an author since she was six years old. She was born and raised in Kolkata, India. She studied in Dolna Day School and completed her college degrees (including MPhil) in Comparative Literature from Jadavpur University. She works as a social media strategist/marketing executive, is the founder and editor of BUZZ Magazine and blogs (almost) regularly at www.anieshabrahma.com. Her debut novel was The Secret Proposal. It was followed by The Guitar Girl, When Our Worlds Collide and All Signs Lead Back to You. She has also worked on children’s books like P.C. Chandra’s Awesome Four and General Press’ Children’s Classic Stories. She was part of the UK-India 2017 India Wales’ The Valley, City and Village (VCV) Project and a speaker at Hay Festival 2017. Aniesha is extremely active on social media and you can get in touch with her by writing to her at contact@anieshabrahma.com. 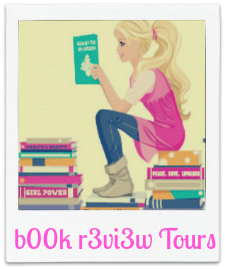 Special thanks to the b00k r3vi3w Tours team for the chance to bring this tour to you as well as the ebook for review.  (THANKS!)  For more information on this title, the author, this tour, or those on the horizon, feel free to click through the links provided above.  This title is available now, so click on over to Amazon to snag your copy today. Be sure to check out the other stops along the tour as they link up on the main page!

Thank you for the review :) I appreciate your feedback.