Today, we're helping to kick off a Disney Hyperion blog tour starring a BOOK BIRTHDAY celebrant.  It's a new thriller in the Young Adult arena...and we're not simply talking about a drop in temperature!  Picture it...four teens hiking a summit when conditions become treacherous, supplies begin to run out, and they have all they can do to simply SURVIVE.  Sounds good, right?  Well then, let's take a closer look... 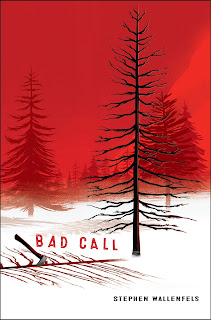 About the book...
It was supposed to be epic. During a late-night poker game, tennis teammates Colin, Ceo, Grahame, and Rhody make a pact to go on a camping trip in Yosemite National Park. And poker vows can’t be broken. So the first sign that they should ditch the plan is when Rhody backs out. The next is when Ceo replaces him with Ellie, a girl Grahame and Colin have never even heard of. And then there’s the forest fire at their intended campsite. But instead of bailing, they decide to take the treacherous Snow Creek Falls Trail to the top of Yosemite Valley. From there, the bad decisions really pile up. A freak storm is threatening snow, their Craigslist tent is a piece of junk, and Grahame is pretty sure there’s a bear on the prowl. On top of that, the guys have some serious baggage (and that’s not including the ridiculously heavy ax that Grahame insisted on packing) and Ellie can’t figure out what their deal is. And then one of them doesn’t make it back to the tent. Desperate to survive while piecing together what happened, the remaining hikers must decide who to trust in this riveting, witty, and truly unforgettable psychological thriller that reveals how one small mistake can have chilling consequences.

Still with me?
Good!

Now, after reading that, I admit, I was curious...but not just about the story.  I wanted to know more...and that opportunity arrived with the chance to have the author share a GUEST POST right here on my site.  But what to ask him to write about?  I mean, I wanted to know about how the story came to the author, what possessed him to write THESE characters, what secret dangers might lie in wait along their path to survival, and then it hit me...the ULTIMATE QUESTION OF ALL!

As in, if the author was dropped into the same situation as his characters, would he survive...and here's what he had to say.

WOULD YOU SURVIVE?
Guest Post with Author Stephen Wallenfels


I think I would fare pretty well—knowing what I know now. I have built and slept in snow caves and igloos (I worked as a tennis pro at a Club in upstate New York, and to save money for college I built an igloo on one of the outdoor tennis courts in January and slept in it until it melted in late February). Now back to surviving: in the situation in the book the snow wasn’t deep enough for a cave, or packed enough for an igloo, so they built a shelter—which I have also done. I quite college and worked in Yosemite for four months and slept out of bounds in a lean-to for several weeks until I found a job. So I’m pretty familiar with lean-to construction. I would also have known better than to set up my tent in the runoff from a hill. But I can’t guarantee that I would not have dropped the GPS. As for the rest of what happened—I’d like to think that I would focus on the important things like keeping as dry and warm as possible, but when a stressful situation happens, people do crazy things. And you wouldn’t see me strapping an ax onto my pack! 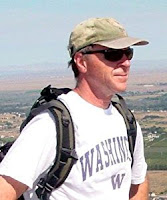 STEPHEN WALLENFELS is an avid outdoorsman from Richland, Washington. He was a freelance writer in the health and fitness field for many years, and now works as the IT and creative director at a large fitness company. Stephen’s first novel, POD, has been published in six languages. Find him online at stephenwallenfels.com or on Twitter @StephenWallenfe.

Special thanks to Amy at Disney Publishing Worldwide for the chance to bring this tour to you and to the author for taking the time to share his thoughts on my topic.  (THANKS!)  For more information on this title, the author, or the publisher, feel free to click through the links provided above.  This title is celebrating its BOOK BIRTHDAY today, so be on the lookout for it on a bookstore shelf or virtual retailer of your choosing.