Today, we're shining the review spotlight on a NEW RELEASE from author Mary Alice Monroe.  You may have read her previous works, or simply have her on your radar, but one way or another, the name rings a bell.  For me, it's the Lowcountry series as far as my want-to-read list, and the Beach series for her work Beach House for Rent (adored it!).  This time around, we've got a provocative work of Fiction that really hits home in many ways for this reader, and while making me squirm for those very reasons, I landed in a happy place by book's end thanks to the book's characters.  Ready or not, here comes today's book of choice... 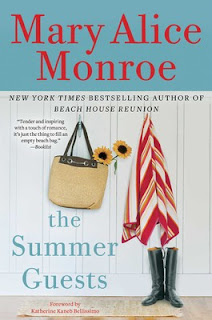 About the book...
From the New York Times bestselling author of the Beach House series comes a heartwarming and evocative novel about the bonds and new beginnings that are born from natural disasters and how, even during the worst of circumstances—or perhaps because of them—we discover what is most important in life.

Late August is a beautiful time on the Southern coast—the peach trees are ripe, the ocean is warm, and the sweet tea is icy. A perfect time to enjoy the rocking chairs on the porch. But beneath the calm surface bubbles a threat: it’s also peak hurricane season.

When a hurricane threatens the coasts of Florida and South Carolina, an eclectic group of evacuees flees for the farm of their friends Grace and Charles Phillips in North Carolina: the Phillips’s daughter Moira and her rescue dogs, famed equestrian Javier Angel de la Cruz, makeup artist Hannah McLain, horse breeder Gerda Klug and her daughter Elise, and island resident Cara Rutledge. They bring with them only the few treasured possessions they can fit in their vehicles. Strangers to all but the Phillips, they must ride out the storm together.

During the course of one of the most challenging weeks of their lives, relationships are put to the test as the evacuees are forced to confront the unresolved issues they have with themselves and with each other. But as the storm passes, they realize that what really matters isn’t what they brought with them to the mountains. Rather, it’s what they’ll take with them once they leave. 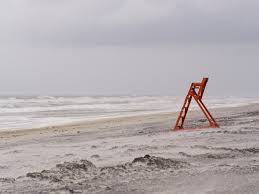 So, I was anticipating this one IMMENSELY, but once I got started, it was actually REALLY HARD for me to read.  I think it falls under the "too much too soon" category, as in the subject matter deals with things a bit too close to home, i.e. a major hurricane barreling at the Florida coast and beyond with the power to destroy lives, dreams, and forevers.

I can honestly say (from unfortunate first hand experience) that she did capture the moments leading up to its landfall remarkably well.  The awareness but only on the peripheral when a storm is first spotted in the Atlantic.  The concern as it takes whatever track it decides to take and drives us all mad as we try to guess just where it's heading for.  The planning as more definitive landfall targets are announced.  The actions taken to prepare homes, and family (hoofed, pawed, and all) for "fight or flight".  The chaos as things change, whether in the storm's track or in our safety plans, as we prepare for the worst.  The unexpected challenges faced when whatever game plan you decided on is put into play....if staying, battening down the hatches and praying for all you're worth; if leaving, traffic (goodness the traffic!), gas shortages, and lodging nightmares.  Sound too unfortunate to be true?  Nope...lived through it, as did may others, and the reality is scary enough to leave its mark.

As for our cast of characters here...the majority made their way out of state, destination North Carolina, and the storms they weather are not all weather related.  Yes, the rains come, the wind stirs, and things get out of sorts as they all accept their current circumstances and keep their fingers crossed it all sorts itself out soon, while taking great care of their four-legged equine companions...but the real "storm" here is in the connections between them all.  Those that start as friends, lovers, or mere acquaintances, all have new brandings for their "relationships" by the end of their stay.  Grace and Charles find their way back to each other, learning to trust fully once again.  Moira discovers that she can be herself while still giving of herself in a relationship, though taking time to follow her own passions is a must.  Gerta and Elise find their way back to themselves, a longer road than you might think too, and in that rediscovery make their own ways in the world in rather surprising ways...and with surprising people.  Hannah and Javier Angel de la Cruz realize what is truly important to them, and make the changes needed to follow their dreams come what may.  Cara and David find that what they were always searching for was right in front of them, and that when love is found it should not be let go. 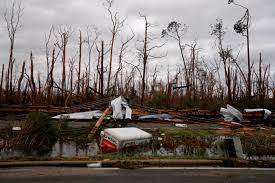 All in all, I got caught up in all the connections forged through proximity and the carryover after the storm passed. Though it was not exactly what I expected, and the storm's changes unanticipated, it was enjoyable nonetheless.  My only hang up was when Moira said something about "...and the residents who had decided, foolishly, to stay and ignore evacuation orders"...not all the decisions made in those situations are so black and white.  Some don't have anywhere to go, extended family or friends to stay with, a place to take their pets, or the extra money to even fund it.  Some live day to day, week to week, not by choice, but by circumstance.  It may be that it was simply too soon after our own event and I was extra sensitive...or not...but in either case, there's always more than one side to whatever story we think we see. 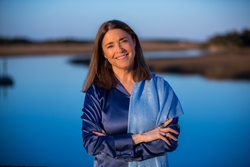 Special thanks to Michelle at Simon & Schuster for the copy for review.  (THANKS!)  For more information on this title, the author, or the publisher, feel free to click through the links provided above.  This title celebrated its BOOK BIRTHDAY June 11th, 2019 via Gallery Books, so be on the lookout for it on a bookstore shelf or virtual retailer of your choosing.