Today, we're being TAKEN OVER by the Fall fabulousness that abounds within the NEW TITLES released this month via Candlewick Press!  Seriously guys, it's enough to fill a shelf, or at least a tote, and get your autumnal reading well under way.  As per the usual, the books are anything but usual, and that's okay...it's something I've come to expect from their titles.  How so?  Well, there's always something different about the stories, or the angles the author explores the topic brought to the proverbial table, and that's a GOOD thing because it makes them a stand out from the pack.  Now are they for EVERY Middle Grade Fiction fan out there...maybe yes, maybe no....but that's half the fun in SHOWCASING them; giving YOU a chance to decide for yourself, and possibly make room on your MUST READ list for more bookish fun.  So, without further ado, I give you what I'm dubbing as....

Okay, so that adorable face combined with the sadness inducing title (he lost...his bark...*tears*) are what stole my heart and my interest when I saw this book.  I mean, how can you resist?  So, there I was, knowing I'd be getting into something sad in some way, but never imagining it to play out the way it did.  I mean thank heavens things changed along the way because OMG...I was so close to punching a few poor excuses for human beings in their paper faces, it wasn't even funny. Really...just ugh!  So in truth, this was much more than a story about a puppy with a lost bark...if you hadn't already figured that part out.  It's about how ANYONE can lose their "bark", and how it just takes the right set of friends/family to find it even in our darkest times.  Way to go Oz...way to go. 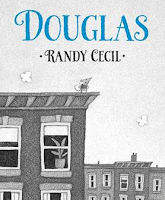 This is one that I finished almost as soon as I picked it up.  I mean from the cover alone you can tell it's going to be a charming story, and it certainly delivered.  The illustrations are so detailed, and the tale with its brave little heroes is touching as well as uplifting, even if at times danger abounds!  I found myself cheering Douglas along as he made his way from theater to house, roof to window, and back across the city again, as he searched for what he always wanted and unexpectedly found...a friend! It definitely makes a case for one never giving up, no matter how small they may be or how big the obstacle/opponent!

The middle book in a Middle Grade Fiction trilogy can be a funny thing.  Sometimes they are simply there to fill the space between the beginning and the end...and sometimes they make an impact of their own that's SO great, SO powerful, and SO mesmerizing, you never see it coming.  I'm happy to report that THIS particular "book two" falls into the latter category.  While I was enchanted by the first in The Wild Magic trilogy, this second release was nothing to shy away from...in fact, it reminds us very much to not shy away from those things we'd rather forget, to embrace the past for what it was, and move forward with the lessons learned through those trials and tribulations.  Despite the absence of their presence in our reading lives since book one's release (not truly THAT long ago), the wild magic is recaptured with Mup, Crow and a new friend (or not?) or two along the way.  Go in with a stalwart heart though...you're gonna need every beat to defeat the shadows within!

Let me guess...you've been pulled in by the tranquil scene and charming title this one comes wrapped in...am I right?  Don't worry, I was too...and yet what awaits you within is so very HEAVY.  This is a not a light read, by any means, as it tackles topics like bullying, depression, war, separation, abuse, and poverty, in what at times felt like a much more grown up way than I had imagined for the intended audience.  Honestly, I still feel that way too.  It's not a bad book, it's just the topics covered ARE, and in the way they are presented, I can't help but feel that it would sit better with an older audience, or at the very least with a lot of guidance.  I'm not saying these things don't happen...sadly they do...but despite Ellen's coming to terms with life being bigger than simply herself, and understanding the lots of others can be so much harder to bare than she may ever know, it wasn't enough to turn my opinion.  So, yes...a hard hitting book worthy of your time, I just caution younger readers indulging without a strong and trusted adult presence.
﻿

Do you like stories about INCREDIBLE things?  How about stories that take you places that seem unimaginable and yet feel as though they are just beyond your reach?  Do you fancy yourself a problem solver, clue follower, or mystery cracker extraordinaire?  Well then, why didn't you say so!  It's high time you join Herbert Lemon at Eerie-by-the-Sea as he gives temporary homes and protection to all things lost and seemingly forgotten...even PEOPLE...all while minding the meddling manager, trading for his fish and chips at the local seaside (or rather almost IN the sea) restaurant, and most recently, running for his life from a creepy, spooky, hook handed, sea drenched captain from many, MANY days gone by.  Add to that the mystery of the girl (Violet) he is protecting, the mechanical book prescribing mer-monkey (yes, you read that right), and the other dangers and suspicious folks lurking around this sometimes charming seaside town, and you've got yourself one heck of an adventure!

Honestly, it's a wild tale filled with darkness, light, and the distant chance that things may just turn out all right in the end, even if not in exactly the way we were expecting.  Though purely fantasy (or is it?), it does remind us to believe in the fantastical, give chance to the unthinkable, and above all else, believe in ourselves.

This was another curious tale indeed...and even now after having digested it fully, I'm still not quite sure about my feelings regarding it.  What starts off as a story of a death (murder?) in a small, anything-but-quiet village, develops in turns and pages into a day of wandering, discovery, and possibility for our leading lad Davie.  Now, how can he travel out and about when there may be a murder on the loose?  Easy because as we soon find out, there is more than just one unknown out and about in Tyneside.  All the troubles Davie unearths, all the turmoil boiling below and above the surface of the townspeople, all the curiosities and unusual circumstances encountered, are building to show Davie and us all for that matter, that yes...bad things happen, sometimes to less than bad people, but there is still marvelous things to be found, truths that need to be heard, and memories that need to be carried onward into our own futures.

Special thanks to Raquel at Candlewick Press for the ARCs for review.  (THANKS!)  For more information on any of the titles featured above, feel free to click through the links provided.  All titles included in today's post are available now via Candlewick Press and/or their imprint Walker Books, so be on the lookout for them on a bookstore shelf or virtual retailer of your choosing.

That's right!
Thanks to the fabulous folks at Candlewick Press (I'm looking at you, Raquel!), I have the GRAND pleasure of giving YOU a chance to win.  Oh, but which title shall I give away?  Hmm...well, I mean I could pick one, or two, but you know...where the MAYHEM in that?!  So, up for grabs...
...THE ENTIRE SET OF TITLES PRESENTED ABOVE! 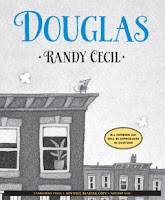 Yes, you read that right, but I'm not just giving away ONE set, but TWO.
ONE will go to someone that enters here on the blog using the Rafflecopter form below.  The SECOND set will be up for grabs over on INSTAGRAM, so be sure to check out my post there for all the "how to enter" details.  Enter here, enter there...double your chances of winning, but you CAN only win once (we must share the bookish wealth!).

** OPEN TO US/CANADA residents only; no PO BOXES please.  Entries will be accepted through 09/27/19.  The winners will be drawn, contacted, and given 48 hours to respond with their full name and mailing information (Canada friends, I've been told the publisher will need a phone number as well!) to be passed to the publisher for prize send out. If no response is received in the given time frame, a new winner will be chosen.

You had a busy month! Congrats on getting the new place and reading so many books.
A few of my favorites from August :The Downstairs Girl, Necessary People, The Whisper Man, House of Salt and Sorrows,These Witches Don't Burn, A Conspiracy of Stars, Wanderers and A Sorcery of Thorns!

What a beautiful bundle of books! Thanks for the chance. :)