PR by the Book presents... THE SEA OF JAPAN by Keita Nagano - REVIEW!

Today, we welcome PR by the Book for a stop along their current promotion featuring a work of Fiction that just celebrated its BOOK BIRTHDAY earlier this week.  The story has us sailing away to the mysterious and historically rich world of Japan, immersing ourselves in the culture, taking in the dynamics of the world then versus now, and unexpectedly challenging the status quo for survival...not of ourselves, but of the world as they know it.  Ladies and gents, grab your fishing gear and prepare to board as we welcome today's book of choice and blog tour guest... 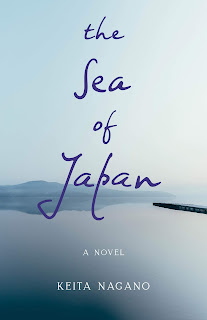 About the book...
Follow Lindsey in her journey for love, survival, and friendship in a small fishing town in Japan.

When thirty-year-old Lindsey, an English teacher in Japan who’s been assigned to a tiny fishing town, is saved from drowning by a local young fisherman, she’s drawn into a battle with a neighboring town that has high stakes for everyone—especially her.

As their efforts to save their town backfire, Hime gets closer to falling apart—putting Lindsey’s friends, her budding relationship with Ichiro, and her career in jeopardy. To save Hime, Lindsey realizes she’ll have to become a true American fisherwoman and fight for her new home with everything she has. 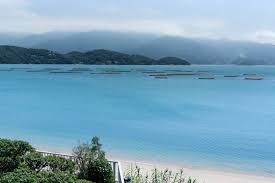 What we have here is a story of one woman's unexpected journey to discovering herself.  There are dry parts (ironic considering the title/subject matter...but, there you have it) and parts so infused with "flavor" that one can't bare to turn away...now that I think about it, it's sort of the same balance found in our leading lady's life.

Lindsey moved from the US of A not truly seeking adventure, or a new way of living, but to escape her past.  She gets an escape alright, but things don't always go her way, which places her at the center of controversy after controversy, and yet through those upsets, which span everything from a confrontation at the Junior High in which she teaches to the possible end to the fishing community that is Hime, she is freed internally to seek the peace she so desires.  Sound like a far-fetched idea among all the standoffs and what ifs?  In truth, it is...but the idea of something being improbable or impossible has never stopped her before.

We bare witness to Lindsey san losing faith in her initial mission for coming to this beautiful country,  and almost losing her life in the process.  We watch as she finds strength after that brush with death, as well as a new sense of purpose.  We see her as she discovers her place within the community despite being an outsider, and finally finding a home away from home within a country, with a people, and eventually against all odds, love.  It's quite the journey, and by no means paved with roses (or tulips), but it was her's to make, for better or worse. 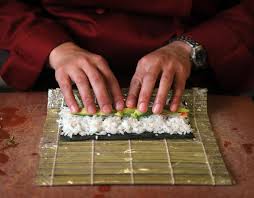 In the end, I enjoyed my time at sea with Lindsey san and Ichiro, and valued getting to know their souls (fictitious or not) throughout the course of the tides they sailed, and was truly moved by how their story ended.  The only downside for me was the intensity with which the fishing industry was delved into...it's not the whole story, but it plays a major part, so be prepared before you cast your lines.  Recommended for those readers who wish for an escape from the everyday, and never say never to their dreams. 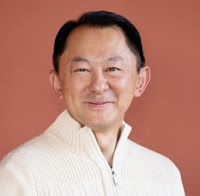 Keita Nagano is an award-winning Japanese author who has lived almost equally in Nevada and Tokyo—more than twenty years in each place—and reflects the difference of the two cultures in his novels. He has a bachelor’s degree in economics from Keio University in Japan, as well as an MBA in global business and Ph.D. in management from Walden University in Minnesota. The pursuit of the authentic American experience is his hobby: he has been to all fifty states, all thirty major league ballparks, and the top sixty big cities in America. He has published seventeen business nonfiction and eight fiction books in Japan. In 2013, he received a Nikkei (Japanese Wall Street Journal) Award for Contemporary Novel for his missing-child thriller, Kamikakushi. He is also an official weekly columnist for Forbes Japan. Nagano lives in Henderson, Nevada, with his wife and Welsh corgi, and their teenage daughter is currently studying in Tennessee.

Special thanks to Dawn at PR by the Book for the PDF for review as well as the chance to bring this tour to you.  (THANKS!)  For more information on this title, the author, this tour, or those on the horizon, feel free to click through the links provided above.  This title celebrated its book birthday this Tuesday, so click on over to your favorite retailer to snag your copy today.