The Beekeeper of Aleppo by Christy Lefteri

So, I have to apologize...or rather I guess I don't, but I choose to explain by more recent spotty posting, here on my site.  It's stress, honestly.  The reading has been getting done as have any agreed to dates/posts, but I'm completely wiped between work, trying to get my house repaired still from Hurricane Michael, the death storm that is Hurricane Dorian putting everyone's life in such a tizzy, and regular old life worries.  It just feels like too much, so yeah...when I get off a long shift at work, I'm over tired to do anything else.  When I get a day off, after I finish everyone else's running around and try to catch up with the other balls in the air, I'm not really feeling the desire to get online and do much.  Sorry, and yet not.

I still ADORE reading, sharing, and indulging in everything that is the MAGIC of the written word...I just have to take a bit of me time now to try to get things centered again.  So yes, if I'm silent sometimes, I apologize and I hope you stick around because I promise what does make it up here will be worth your venture!  Now, speaking of worth the venture...

The title in today's spotlight is an ARC I received from Ballantine Books that just celebrated its BOOK BIRTHDAY August 27th, 2019.  Ironically (or perhaps not), it's not the happiest of stories, but it is relevant, very much NOW, and so heartbreakingly beautiful at times despite the darkness throughout, it needs to be read.  Without further ado, I give you today's book of choice... 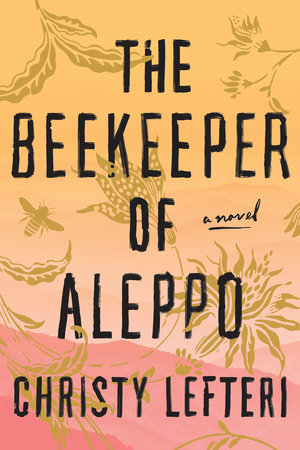 About the book...
Nuri is a beekeeper and Afra, his wife, is an artist. Mornings, Nuri rises early to hear the call to prayer before driving to his hives in the countryside. On weekends, Afra sells her colorful landscape paintings at the open-air market. They live a simple life, rich in family and friends, in the hills of the beautiful Syrian city of Aleppo—until the unthinkable happens. When all they love is destroyed by war, Nuri knows they have no choice except to leave their home. But escaping Syria will be no easy task: Afra has lost her sight, leaving Nuri to navigate her grief as well as a perilous journey through Turkey and Greece toward an uncertain future in Britain.

Nuri is sustained only by the knowledge that waiting for them is his cousin Mustafa, who has started an apiary in Yorkshire and is teaching fellow refugees beekeeping. As Nuri and Afra travel through a broken world, they must confront not only the pain of their own unspeakable loss but dangers that would overwhelm even the bravest souls. Above all, they must make the difficult journey back to each other, a path once so familiar yet rendered foreign by the heartache of displacement.

So, I actually finished this one over the course of a week, and while not my normal reading speed, it simply felt right for this novel.  It's not an easy read, by any means, and the subject matter is painted with darkness both literally and figuratively, but even so...it's very moving.

From the moment you step between the pages, you become a part of the story.  You are there with Nuri as he discovers his passion for something outside of the family business much to the chagrin of his father. You too revel in the beauty found within the beekeepers landscape, and equally feel the emptiness left behind when it's all taken away.  You can't escape the blackness painted on his soul when his son goes somewhere he can't simply follow, though at times he may wish to with all his might.  As time progresses, you are still there, a silent shadow, witnessing what true hardship can do to a person physically, mentally, and emotionally.  How DO you carry on when everything is taken from you, including your freedom?  How indeed...but the question posed doesn't merely belong to Nuri, nor the sorrows experienced, challenges faced, and hardships survived, for Afra was with him every step of the way.  His wife had her own troubles brought on by everything that transpired, including the loss of her sight.  It's bad enough when the world around you is crumbling into nothingness, casting you out like so many fallen leaves, but to not be able to see past the memories in your own mind, to lose the chance to move forward from the beauty it once possessed and into the reality it has become visually...I'm not certain if that was a blessing or a curse.

In the end, no one would ever accuse this one of being filled with sunshine and rainbows, and happily ever after is certainly not seen in the short run (more like through the lense of the Hubble telescope), but it's all the more beautiful for the heartache, pain, tragedy, and darkness LIVED through. 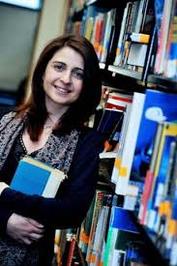 Christy Lefteri was born in London in 1980 to Greek Cypriot parents who moved to London in 1974 during the Turkish invasion. She completed a degree in English and a Masters in creative writing at Brunel University. She taught English to foreign students and then became a secondary school teacher before leaving to pursue a PhD and to write. She is also studying to become a psychotherapist.

Special thanks to the Penguin Random House team for the ARC for review.  (THANKS!)  For more information on this title, the author, or the publisher, feel free to click through the links provided above.  This title is available now via Ballantine Books, so be on the lookout for it on a bookstore shelf or virtual retailer of your choosing.