RRR presents... A TASTE OF HIS OWN MEDICINE by Linda Fawke - EXCERPT!

Today, we're helping to spread the word about a new title that you won't want to miss, on tour now with Rachel's Random Resources!  We're taking you between the pages with a special excerpt, so READ ON and then be sure to catch the rest of the tour for more bookish fun.  Ready?  On your mark...get set...READ! 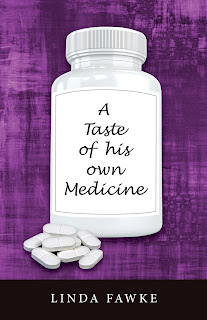 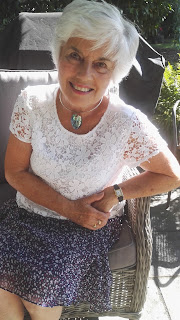 Linda Fawke is an arts person who studied science but always wanted to write. Now retired, she indulges this passion, writing fiction and non-fiction, even occasional poetry, preferably late at night. She has now written two novels, 'A Taste of his own Medicine' and its sequel, 'A Prescription for Madness' using her background in pharmacy as the setting of both. These are easy books to read, suitable for Book Club discussions. ' A Prescription for Madness' is more serious than the first book, dealing with such issues as pregnancy in later life and Down's Syndrome.
She has been a winner of the Daily Telegraph 'Just Back' travel-writing competition and has published in various magazines including 'Mslexia', 'Litro' online, 'Scribble', 'The Oldie', 'Berkshire Life' and 'Living France'. She was a finalist in the 'Hysteria' short story competition.
Linda blogs at www.linimeant.wordpress.com where her 'Random Writings' include a range of topics from travel to 'Things that pop into my head'.
TWITTER  |  FACEBOOK
~~~~~~~~~~~~~~~~~~~~~~~~~~~~~

Special thanks to Rachel at Rachel's Random Resources for the chance to bring this tour to you. (THANKS!) For more information on this title, the author, this promotion, or those on the horizon, feel free to click through the links provided above. Be sure to check out the rest of the tour for more bookish fun!
Until next time, remember...if it looks good, READ IT!
Posted by Gina at 3:00 AM

Another Blog Tour we have in common. A cautionary tale of what happens when a woman feels hard done by. Darker than I expected but a great read .

Hi Gina - thanks a lot for posting this extract from my book and for taking part in the Birthday Blog. Much apprecated.

Well they do say a woman scorned for a reason!