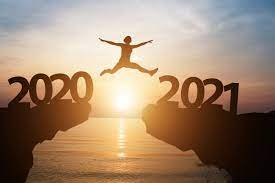 Well, you made it.  It's New Year's Eve 2020 and we're about to say goodbye to the “affectionately” titled “year-that-shall-not-be-named”.  Seriously, I think people are going to utilize 2020 as a curse word in future generations because really...WHEW!  Who thought all THAT craziness would happen?  Anyway, should old acquaintance be forgot and all that jazz...but well, maybe not ALL acquaintance because there were some fabulous books that definitely took me to places outside our wonderfully pandemic ridden world, and I for one am grateful for them!
Today, we're going to zero in on a few that I read pre-release that are coming, in what we're hoping will be a fabulous year...2021!  So get ready for our bookish countdown as we help feed your wish list with titles that left an imprint on me this year that I will gladly carry into the next. 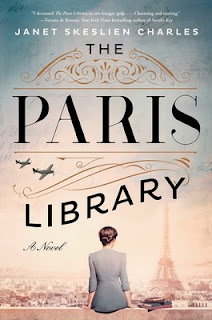 The Paris Library
by
Janet Skeslien Charles
9781982134198
Atria Books
Release Date:  February 9th, 2021
About the book...
Paris, 1939: Young and ambitious Odile Souchet has it all: her handsome police officer beau and a dream job at the American Library in Paris. When the Nazis march into Paris, Odile stands to lose everything she holds dear, including her beloved library. Together with her fellow librarians, Odile joins the Resistance with the best weapons she has: books. But when the war finally ends, instead of freedom, Odile tastes the bitter sting of unspeakable betrayal.
Montana, 1983: Lily is a lonely teenager looking for adventure in small-town Montana. Her interest is piqued by her solitary, elderly neighbor. As Lily uncovers more about her neighbor’s mysterious past, she finds that they share a love of language, the same longings, and the same intense jealousy, never suspecting that a dark secret from the past connects them.
A powerful novel that explores the consequences of our choices and the relationships that make us who we are—family, friends, and favorite authors—The Paris Library shows that extraordinary heroism can sometimes be found in the quietest of places.
~~~~~~~~~~~~~~~~~~~~~~~~ 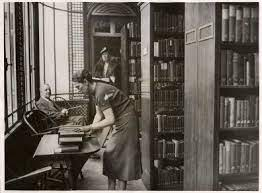 Often times, though reading is a joyous pastime that brings a smile to my heart, we get so rushed by our daily lives, and schedules (self imposed or not) that we end up rushing through a title like it's a race to get to the end.  This time, I self indulged and took my sweet time to read every page, every word of this beautifully rendered story filled with heartbreak, betrayal, love, war, friendship, and just simply...life.
We get to know Odile both then and now as her history is revealed through present interactions, memories that play out in her mind, and the steps she is willing to take to try to put the past to rest.  Both versions of this character, young and older, are fascinating.  She lived a life some would be envious of, while others would see the undercurrents she swam against and run for the hills.  She was bookish and sought out her soul's delight, a job in the hallowed halls of the American Library, and while first impressions with the powers that be were not what she had hoped, the support she received from the cast of characters already laying themselves at our feet was heartwarming, and just the boost she needed to let her written words express what in person she initially could not.  It's funny actually how someone who found it hard to express what she held deeply as a part of her self, should have to learn the lesson of holding her tongue in the coming years.  Yes, my friends, the war taught them many things, and many lessons that should never be witnessed first hand or otherwise, but putting trust in the wrong person, speaking out of anger or frustration in lieu of from the heart, THAT was something that would come to haunt her in so many ways.  But I digress...
It all begins and ends with a curious neighbor girl knocking on Odile's door at just the right moment, and turning both their world's upside down.  Lily would never know just how much she was a force of good in Odile's life, though their connection, their love and fondness for each other grows with every coming-of-age lesson learned along the way.  She would know how cherished she was.  She would know that someone was there for her, come what may.  She would know that life goes on, even after the darkest of nights, and that there is always something or someone worth reaching for.
Honestly, I can't wait to see this one actually in print because I know despite having read the eARC, I'll have to have a copy on my own shelf.  It was just that good.  So, if you like Historical Fiction with both heart and lessons to be learned, or are even perhaps bookish yourself, this is a title I'd be setting my sights on come February for certain.
= = = = = = = = = = = = = = = = = = =

The Love Proof
by
Madeleine Henry
9781982142964
Atria Books
Release Date:  February 9th, 2021
About the book...
A brilliant physicist studying the nature of time embarks on a journey to prove that those we love are always connected to us, leading to surprising revelations in this fresh and unique love story.
Sophie Jones is a physics prodigy on track to unlock the secrets of the universe. But when she meets Jake Kristopher during their first week at Yale they instantly feel a deep connection, as if they’ve known each other before. Quickly, they become a couple. Slowly, their love lures Sophie away from school.
When a shocking development forces Sophie into a new reality, she returns to physics to make sense of her world. She grapples with life’s big questions, including how to cope with unexpected change and loss. Inspired by her connection with Jake, Sophie throws herself into her studies, determined to prove that true loves belong together in all realities.
Spanning decades, The Love Proof is an unusual love story about lasting connection, time, and intuition. It explores the course that perfect love can take between imperfect people, and urges us to listen to our hearts rather than our heads.
~~~~~~~~~~~~~~~~~~~~~~~~ 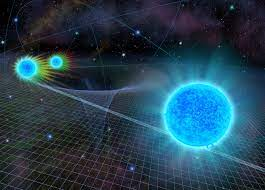 I admit it, this one takes you out of your comfort zone in regards to some of the theories it explores, however it's not so much so that you get lost from the story...and oh my goodness does it have HEART!
Sophie is a wonderful young lady on the cusp of opening doors the world didn't even know they needed open, and the genius of her mind is ready to take her there.  Her dedication to her work at such a young age is inspiring and the things she knows would put some of the best scholars to shame.  Thing is...up until now, her interactions have been limited to her family and scholarly endeavors.  Her equations never factored in...Jake.  From the moment she sees him, the moment they first pass words between them, her heart takes a sudden detour.  She doesn't forsake herself for the relationship that builds, but she is content.  She is happy.  She is in love...but with a mind like hers, no one seems to understand or accept that fact...including the one who should the most.  Years pass and all seems somewhat well, until an end she never anticipated coming, comes to pass.  To say it shakes her world is the understatement of the century, and yet it is the cataclysmic event that puts her in limbo.  Nothing lasts forever and though a lifetime passes, she rebuilds her foundations, and discovers an alternate purpose to pursue, but never forgets her first love...
As I said, the ideas explored about time and the present versus future existing on the same plane, are definitely the cause of some peculiar looks when I was talking about the book with fellow readers, but the concept of love never really leaving us, of being there in the moment and yet somewhere else at the same time, experiencing things in such detail that they are memories not dreams and yet you can't recall actually DOING them, those things transcend the intellectual aspect of the story and speak directly to the heart.
~~~~~~~~~~~~~~~~~~~~~~~~~~~~~~~~~~~~ 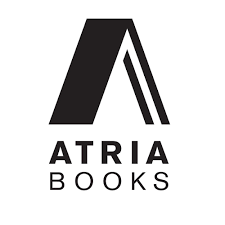 Special thanks to Atria Books for the eARCs for review.  (THANKS!)  For more information on these titles, the authors, or the publisher, feel free to click through the links provided above.  Both titles are set to release February 9th, 2021 (as of this post) via Atria Books, an imprint of Simon & Schuster, so mark your calendar, or pre order your copies today!
Until next time, remember...if it looks good, READ IT!
Posted by Gina at 12:00 AM