Today, we're shining the book spotlight on a title currently on tour with Rachel's Random Resources.  From the sound of things, it's gonna deliver a character driven story that will inspire, and seriously, who couldn't use a dose of positivity, and perseverance triumphing over hardships in this year 2020?  Am I right?  Anywho, let's get down to business because not only will we be introducing the book, but we're sharing an excerpt!  Ready or not, here comes today's title in the spotlight... 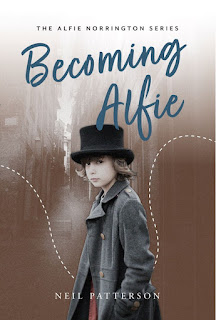 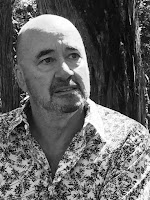 Born in South Essex close to the River Thames and directly East of London, my childhood was peppered with memories of the mighty river itself.
We would swim, fish and discover hidden treasure in the tidal mudflats with the fragments of clay pipes we found taking us back to another era. It was here that my inspiration for writing was born. I began to keep a diary of my observations from life and documented my feelings and thoughts.
My wife was twenty two and I was twenty four when we migrated to Australia with a glorious expectation. The sun was shining, the people were friendly and Sydney Harbour simply magnificent. Together we were committed to making the most of this opportunity beginning the next step in our lives. Everything was new which gave me endless writing opportunities that I recorded in my diary which had spilled over into a number of books. We travelled around this incredible country meeting people from all walks of life and from many nationalities. We lived and worked in a variety of capital cities enjoying each and every experience. All this was tremendous fodder for my writing.
I began to write short stories and poetry, none of which I sought to publish. By my fifty second birthday I was able to finish working and focus full time on my writing, the results so far are The Alfie Norrington Series with Becoming Alfie the first in the series of four. I hope that you enjoy reading Becoming Alfie as much as I did writing it.
SITE  |  FACEBOOK
~~~~~~~~~~~~~~~~~~~~~~~~~~~~ 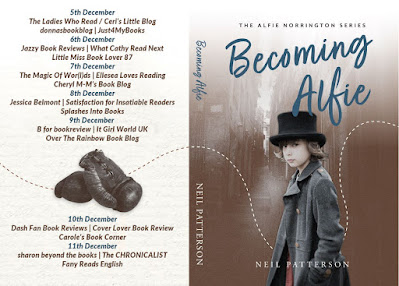 Until next time, remember...if it looks good, READ IT!
Posted by Gina at 1:32 AM