Put your parties aside, it's... RACHEL TO THE RESCUE by Elinor Lipman - REVIEW! 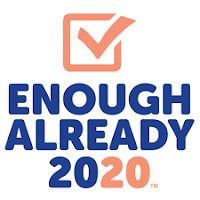 Today, we're shining the book spotlight on a title newly released in the US of A, but that's already been making waves overseas. So why pray tell were we left out of the loop? Good question...or rather FUNNY question really because it's all about the content. Now, for those of you that are easily offended in regards to your political standing, depending upon which way you vote, this may not be the book for you. HOWEVER, if you vote the other direction or can put aside your favors or criticisms of the other party for a few moments, you may just get a few belly laughs out of this one. There, the warning has been made, and now...on to today's review! 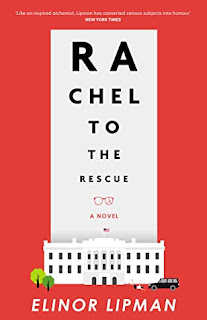 Rachel to the Rescue
by
Elinor Lipman
Lightning Books
About the book...
From Elinor Lipman, the bestselling ironic novelist dubbed the “Jane Austen of Manhattan,” comes the global launch of Rachel to the Rescue, a wry comedy about a young White House worker who gets sacked for sending a critical email about Donald Trump.
As she leaves the premises she is hit by a speeding car, driven by what the press will discreetly call “a personal friend of the President.”
Does that explain the mysterious flowers, the get-well wishes at a press briefing, or the hush money offered by a lawyer at her hospital bedside? Rachel’s steady recovery is soothed by comically doting parents, a new job as an aide to a journalist whose books aim to defame the President, matchmaking roommates, and even an unexpected romance at the local wine store. Unfortunately, secrets never stay hidden for long. Rachel’s new-found happiness has no idea what chaos lies ahead.
~~~~~~~~~~~~~~~~~~~~~~~~~~~~~~~ 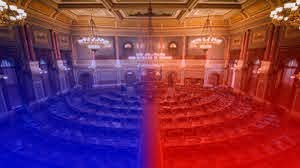 Honestly, I'm not a big political person, and knowing the controversy that can ensue from everyday discussions that lean one way or the other, I'm simply going to comment on this story for the work-of-fiction-inspired-by-real-life that it is. Deal? Great! Let's do this.
So, Rachel is in anything but good standing when we are introduced. She's just being outed from the big house (not jail, though she may have felt it was at times!), losing her very important role in the government (okay, no...not really...but more on that in a moment), and then getting run over by someone who may or may not have been aiming for her as they were running late for a clandestine meeting with the powers that be that was about anything but politics, if you know what I mean. *ahem* Is there enough going on yet for you? Oh, excuse me. Let me add in the video of said event goes viral, secret sources are passing her information that may or may not be true, and her new job comes along not simply seeking her merits, but her portion of the spotlight as well! Add in a little pandemic, matchmaking friends, and a FLOTUS on the run, and yeah...can you see why maybe it wasn't jumped on stateside pre-election...fiction or not? Anywho...
Rachel was an interesting character. She was in severe need of having her head screwed on right though, and despite her many attempts at digging her own way out of the mess that keeps snowballing, it takes the help of family, friends, and a new flame to get the job done. Along the way, she falls on her face, and she's not afraid to do so! (Refreshing, right?) In the end though, she shows us that you can't keep a good gal down, love will conquer all even if it is wearing a mask, and eventually the political mess that is the powers that be will be straightened out, and the way made ready for a new time. Let's just hope that there aren't a whole lot of friends lining up to be volunteer drivers though...or at least look both ways before crossing the street! (LOL!)
~~~~~~~~~~~~~~~~~~~~~~~~~~~~~~~
About the author... 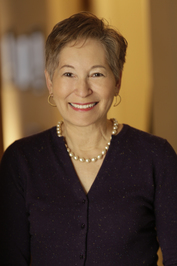 Elinor Lipman is the author of 11 humorous novels about contemporary American society; essay and short story collections, and a book of rhyming political tweets.. Born and raised in Lowell, Massachusetts, she graduated from Simmons College where she studied journalism. She lives in Manhattan, and received the New England Book award for fiction in 2001. Her first novel, "Then She Found Me," was adapted for the screen, starring Helen Hunt, Bette Midler, Colin Firth and Matthew Broderick. Her fourth novel, "The Inn at Lake Devine" was adapted for the off-off Broadway stage by Tongue in Cheek Theater. In 2011-2012, she held the Elizabeth Drew chair in creative writing at Smith College.
~~~~~~~~~~~~~~~~~~~~~~~~~~~~~~~ 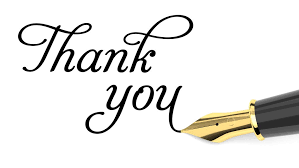 Special thanks to Lightning Books and the Wunderkind PR team for the chance to bring this title to you as well as the ecopy for review. (THANKS!) For more information on this title, the author, or the publisher, feel free to click through the links provided above. This title is available now, so if it tickled your fancy, head off to your favorite online retailer to snag your copy today.
Until next time, remember...if it looks good, READ IT!
Posted by Gina at 12:30 AM