RRR presents... DOWN THE TUBES by Kate Rigby - SPOTLIGHT!

Today, we're shining the BOOK SPOTLIGHT on a title currently touring with Rachel's Random Resources.  So if you're looking for your next must read, and you're game for something real, something gritty something that shares how life sometimes is, but never should have to be, as well as the hope that a hand up can also be a hand out.  Grab your wish list and have that pen at the ready, because here comes today's featured title... 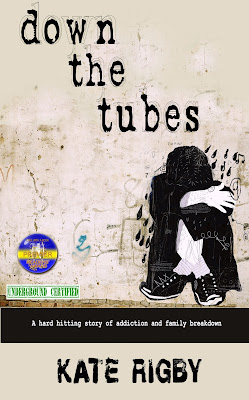 Down the Tubes
by
Kate Rigby
About the book...
A hard-hitting novel based on the author's experience of working in the field of addictions.
It's the late 1980s and mother of four, Cheryl West, lands herself a job at a drugs project in London. But memories of her old life are never far away, especially when her surly daughter, Elaine, makes her unwelcome visits.
Meanwhile, Cheryl's estranged son, Michael aka Dodo - is ironically having his life destroyed by drug addiction in his attempt to avoid painful memories of abuse. He goes from one chaotic situation to another, ending up on the streets and reaching rock bottom, until he is referred to a drug rehabilitation centre in rural Hampshire where dark family secrets are uncovered.
They're each on a journey, but can there be reconciliation as well as rehabilitation?
AMAZON  US  |  UK
KOBO  |  iBOOKS
~~~~~~~~~~~~~~~~~~~~~~~~~~~~~~
About the author...
Kate Rigby was born near Liverpool and now lives in the south west of England.  She’s been writing for over forty years. She has been traditionally published, small press published and indie published.
She realized her unhip credentials were mounting so she decided to write about it. Little Guide to Unhip was first published in 2010 and has since been updated.
However, she’s not completely unhip. Her punk novel, Fall Of The Flamingo Circus was published by Allison & Busby (1990) and by Villard (American hardback 1990). Skrev Press published her novels Seaview Terrace (2003) Sucka! (2004) and Break Point (2006) and other shorter work appeared in Skrev’s avant garde magazine during the noughties.
Thalidomide Kid was published by Bewrite Books (2007).
Her novel Savage To Savvy was an Amazon Breakthrough Novel Award (ABNA) Quarter-Finalist in 2012.
Other novels of hers have received various Independent Author Awards, including Awesome Indie Awards and Chill With A Book Readers Awards.
She has had other short stories published and shortlisted including Hard Workers, published in three different publications.
A shortened version of her blog as a tribute to David Bowie after his death was included in the book: ‘David Bowie: I Was There’ (Red Planet Books 2017).
She also writes poetry and is currently co-editing an anthology for other poets with disabilities and long term health problems.
She also received a Southern Arts bursary for her novel Where A Shadow Played (now re-Kindled as Did You Whisper Back?).
She has re-Kindled her backlist and is gradually getting her titles (back) into paperback.
SITE | BLOG | FACEBOOK | TWITTER
GOODREADS | AMAZON | BOOKBUB
~~~~~~~~~~~~~~~~~~~~~~~~~~~~~~ 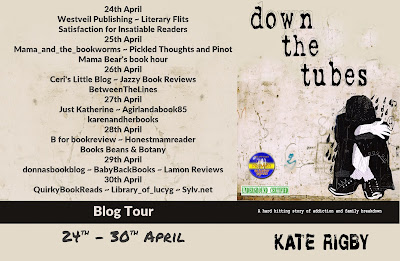 Thank you for hosting my book on your blog :)