RRR presents... HOW TO SAVE A LIFE by Clare Swatman - REVIEW!

It's been a heavy reading week for me, and yesterday, I managed to get through TWO books PLUS start a new one! *whew* I wish I could say I simply made the time for it, but alas...I was waiting for an update on my grand pup (if you follow me on social media, you know the scoop). Be that as it may, it WAS a good reading day, and now I get to share the spoils with you...of at least one of the titles.  Today's bookish delight is a story that will touch readers from the very start with its frank ways and emotional tides, but will carry you safely through life's ups and downs to an ending long overdue.  Please welcome back Rachel's Random Resources and today's heartfelt title in the review spotlight... 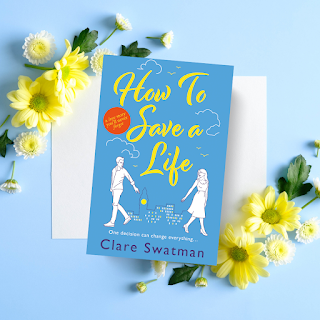 How To Save A Life
by
Clare Swatman
About the book...
One night in December, twenty-two year old Ted Green makes his way to Waterloo Bridge determined to end his life. Lonely, despairing and utterly hopeless, it seems the only choice to make.
That same night in December, Marianne Cooper is running away from a party. Having found her boyfriend in a passionate clinch with someone else, Marianne can’t get away fast enough. But as she makes her way along London’s South Bank, a figure catches her eye on top of the bridge.
Then she sees him, a man ready to jump.
When Marianne saves Ted’s life, this night in December becomes one they’ll never forget, but as Ted watches Marianne leave in a black taxi, all he can think is he should have asked her name.
In a story spanning twenty years, join Ted and Marianne as they navigate life’s twists and turns, joys and heartbreaks, while all the time wondering - will fate ever bring them together again…
AMAZON
~~~~~~~~~~~~~~~~~~~~~~~~~~~~~~~~~~
We begin at the end, or rather someone's potential end, only to find...a new beginning.
Ted is just a man at the end of his rope. He can no longer see his place in this world or how he positively impacts anyone's life, so he's decided to disappear in the most unobtrusive way possible. Unfortunately for him, bidding the world adieu is not in the cards, at least without an audience, and he'd never do that to another person. So, thanks to the arrival of Marianne (aka Fairy Girl), he's set upon a new path, with a second chance at life, so he best make the most of it. Too bad he didn't make the most of the opportunity, awkward though it was, and grab some information from his well-timed heroine...but then again, what's meant to be in life will be, eventually.
Marianne is just a woman suffering from a bad choice in beaus, an unfulfilling job, and a severe dash to her confidence. Upon making her escape, she stumbles upon Ted (aka Bridge Man), and though 2.5 sheets to the wind, simply can't stand by while someone takes that final step. Mission accomplished, she hightails it out of there, so fast that all that's left behind is the glitter from her party costume. Too bad she didn't make the most of the opportunity, awkward though it was, and grab some information from her well-timed wake up call...but then again...
Okay, here's the thing. The story takes you into its heart and doesn't let go. We have the initial less-than-meet-cute, a whole lot of missed opportunities and bad timing, leading to an eventually meeting that sets things to rights, at least in this readers heart. There's nary a moment that we aren't up to speed on what's happening in either of their lives, and that sort of detail takes time, as well as skill, to keep readers fully involved. There is but one catch...small though it may be...when their lives overlap and they share scenes for any given lenght of time, due to the alternating chapters in the story, you get a full view of the situation from the other person. For example, the intro sequence....he leaves the flat setting out to find his end, she leaves a party to find a new beginning, and then their lives collide. In the overlapping parts, you get the same dialogue, just from behind the other person's eyes, which adds significant length to the story, so if you're one in it only for the page count, be aware!
All in all, I feel like I really know these two, and all the struggles they survived. We're made a part of their inner circle, and though their connection is something written in the stars, we also get to see the downside of that as it affects their current relationships and interactions. I guess what I'm saying is that while these two hearts seemed to beat to different drummers, in the end, they heard the same melody which drove them forward throughout their lives, and eventually to the truth they knew all along. A great read for Women's Fiction fans, as well as those that love a good Contemporary Fiction story.
~~~~~~~~~~~~~~~~~~~~~~~~~~~~~~~~~~
About the author... 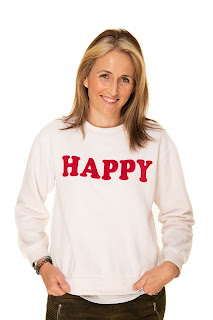 Clare Swatman is the author of three women’s fiction novels, published by Macmillan, which have been translated into over 20 languages. She has been a journalist for over twenty years, writing for Bella and Woman & Home amongst many other magazines. She lives in Hertfordshire. Before We Grow Old, was published in January 2022.
FACEBOOK  |  TWITTER  |  INSTAGRAM
Newsletter Sign Up  |  BOOKBUB
~~~~~~~~~~~~~~~~~~~~~~~~~~~~~~~~~~