Looking for your next binge read?  Fan of the Romance genre?  Looking to get your summer read on?  Well then, I suggest you take a look at the latest series in the spotlight on tour now with Silver Dagger Book Tours!  Check out the introductions below, enter for your chance to win at post's end, and be sure to catch the rest of the tour for more bookish fun! 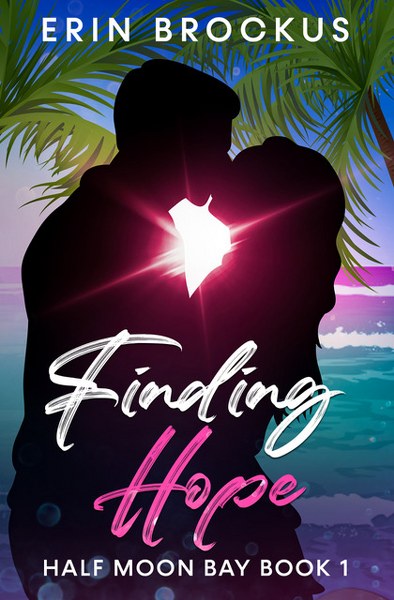 Take one island paradise and add two wounded hearts, afraid to love.
Will their pasts be too much to overcome?

⭐️⭐️⭐️⭐️⭐️ “I completely fell head over heels for both Hope and Alex in this story. My heart is still melting. I seriously couldn’t put this book down.” Goodreads reviewer

After her predictable and carefully ordered life is upended,Hope Collins is desperate for a change. This comes when she unexpectedly wins a scuba diving resort on the Caribbean island of St. Croix. But when she arrives to complications, her determination is immediately tested.

Enigmatic dive instructor Alex Monroe is trying to forget the past and only wants a quiet life. But that’s turned upside down when Hope arrives and he finds himself drawn toward her.

Both have their reasons for avoiding a romantic entanglement, but a series of mishaps throws them together and their resolve is challenged. Even paradise can have a dark side. Hope has learned never to trust a man. Alex has closed himself off, existing but not living.

When two pasts collide, their scars overlap. Can two damaged souls find hope in each other?

Finding Hope is the first novel in the enthralling Half Moon Bay series. It is a slow-burn, sensual contemporary beach romance featuring compelling, realistic characters and an irresistible tropical setting! 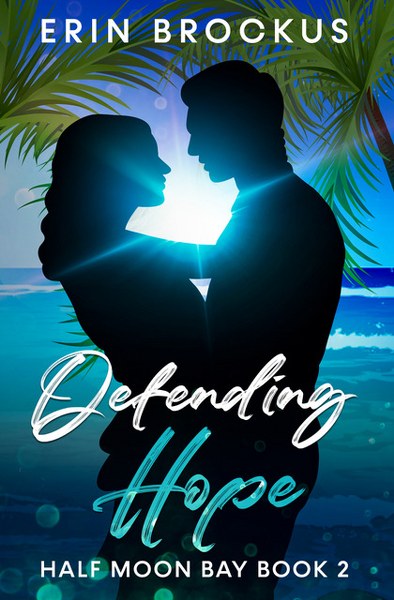 Hope Collins struggles to succeed in her new life. Alex Monroe begins to face his greatest tragedy. Can their love withstand the strongest of storms?

⭐️⭐️⭐️⭐️⭐️ "This book should be a ten-star book it was so great! I did not want it to end." Amazon reviewer

Half Moon Bay Resort owner Hope is settling into her new life in St. Croix when disaster strikes. Dive guide and former Navy SEAL Alex must act when the woman he loves and the resort they are both part of become imperiled.

As a new couple, both must make a stand. Hope finds her hard-won success tested, then must face an unthinkable betrayal. Alex is coming to grips with his darkest memories when his life is upended and he realizes some battles cannot be fought alone.

Together, they must fight to save what they’ve worked so hard to accomplish. Will Hope and Alex be able to face their pasts and triumph over the ultimate danger?

Defending Hope is the second installment in the Half Moon Bay series of sensual contemporary romances which feature mature, compelling characters and an irresistible setting! 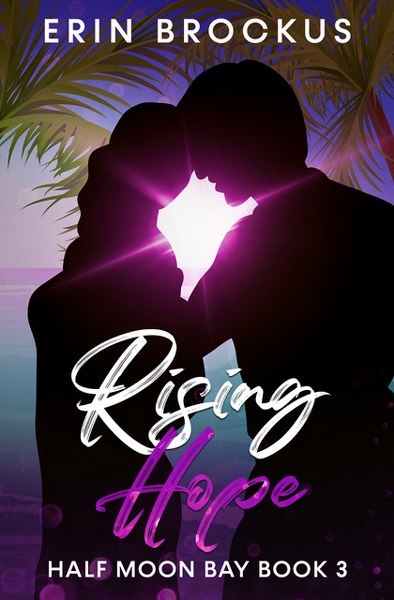 Half Moon Bay Resort owner Hope uncovers an incredible opportunity. Dive guide and former Navy SEAL Alex recognizes its potential and understands better than most the associated peril. They must overcome their pasts if they are to look toward any future together.

As a couple, both must learn to confront the unknown and explore new territory. Hope has proven her success with the resort and must learn to trust her own strength. Alex struggles to reconcile the man he used to be with the one he is now.

Together they embark on a high-stakes adventure that could end in an unbelievable prize. It could also be fatal. And when Hope faces the ultimate danger, can she help Alex to face his greatest fear? Can they rise together? 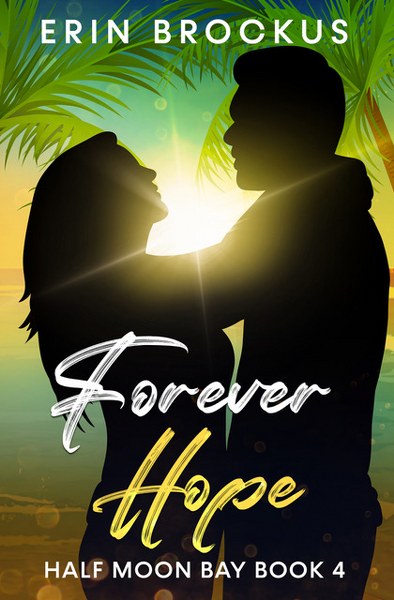 Hope Collins inches toward her greatest dream, while Alex Monroe grapples with one last ghost from his past. Can they make the ultimate decision—one which will affect the rest of their lives?

Hope never thought she would get married, yet her date with destiny draws ever closer. Alex must face one last test in facing his trauma, but he could never have imagined who this final piece of the puzzle would be.

Together, they uncovered a great secret, which will now cause danger for both. It also has the potential to change their lives forever, as well as those they love. Since Hope moved to St. Croix, strangers have become friends and are now family. Alex has learned his purpose will always be within a team, and he isn’t meant to live a solitary life.

Can Hope finally achieve her highest wish? Will Alex triumph over the past at last and face the future? Is their fortune to stand together forever?

Forever Hope brings Hope and Alex’s story to its incredible, emotional culmination, and lays the foundation for the next installment in the Half Moon Bay series. 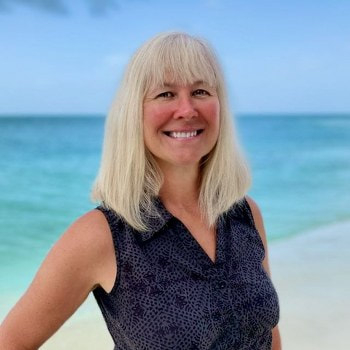 Dive into a romantic escape!

Erin Brockus writes sensual contemporary romances set in exotic, tropical locales. She features mature, realistic characters you actually enjoy getting to know. Count on plenty of adventure with a focus on the ocean, especially scuba diving.

She was born in 1969 in Washington state. A great love of creative writing as a child got pushed aside by the expectations of Real Life and she went to college to become a pharmacist. After practicing pharmacy for over 25 years, it was time for a change. So, she reduced her hours as a practicing pharmacist to devote more time to writing.

She was introduced to scuba diving in 1998 by her husband. They have since traveled worldwide enjoying diving, and the breezy locales they visited formed the ideas for her characters and stories. Erin has even been known to don a drysuit and explore the cold, murky waters of the Pacific Northwest. She is also an avid runner and cyclist.

Erin lives with her husband (a scuba instructor) in eastern Washington state. She is currently at work on the next Half Moon Bay installment.

Thank you for sharing! 🌴😍❤️ Just a quick note that the series sale ended 6/3, but all books are free in Kindle Unlimited, and the gift card giveaway is still ongoing 😉