Hi there!
Welcome back to another day, another post here at Satisfaction for Insatiable Readers!  It's almost that time again....time for the Book Blogger Appreciation Week (BBAW) celebration!  This year I think I'll be celebrating it a little against the grain and...well, you'll have to wait and see, but it starts next week so be sure to check back in.  Anywho....

Today we have a title that celebrates its publishing debut next week.  It's a new addition to the YA genre along the paranormal/fantasy lines that's sure to draw a good crowd...it does feature werewolves after all.  Surprisingly, outside of Twilight, this would be my first venture into the literary realm of werewolves (shocking, right?).  It came to my attention via the author herself and upon reading a bit about it, I was definitely interested in finding out more, for better or worse.  Without further adieu, today's book of choice is.... 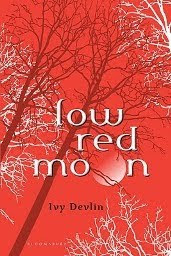 It was a dark yet moonlit night.  All was well in the Hood family household, or at least it seemed to be.  Gathered around the table for dinner, seventeen year old Avery counts the blessings of her life....family, food, forest....what more could a girl ask for?  Little did she know what evil was lurking around the corner.  One moment, a peaceful family meal straight out of a Norman Rockwell painting....the next, bloodshed, tears, and a loss so great, no person....no child....should ever have to experience it.  Young Avery Hood is found in the forest holding the hands of her now deceased parents.....covered in blood.  What happened next is anyone's guess since the only known witness is Avery and the truth remains hidden in the recesses of her mind. The only thing she can remember is inhuman speed and a flash....of silver. 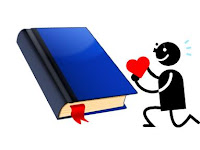 Have you ever had a book that the instant you saw it, your interest was captured?  Through the cover and title alone your mind said....I must know about this book!  Admit it, you know you have.  Now here's the TOUGH question.  Have you ever "met" a book like this that you REALLY wanted to love, but it just never happened?  Let's just say....I'm there. 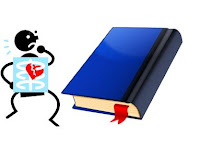 Oh Low Red Moon....how I wanted to love you so. Your cover is appealing (gorgeous really...simple picture and colors, but great), title intriguing, and the storyline, interesting indeed (murder, mystery, magic, and werewolves...sounds like a winner). *SIGH*  BUT (don't you just despise that word sometimes....yet it's a necessary evil)....I could not for the life of me connect with your lead character, Avery Hood.

Now I'm guilty of reading several books at a time...no...not like an octopus or something, but having several going at once is common place for me.  In fact, there's one that's been lingering on my site for a month or so now (it comes out in November so it's actually okay that it lingers) but you know what?  Every time I pick it up to read another chapter, I'm there....in the zone...transported right back to my place in the story; that's just the way it is for me.  This one....um....even setting other books aside while reading it did nothing for me.  I would start to get into the character only to find myself whisked right back out.  Why?  Well, that leads me to my second point....

The premise of the story is good but it lacked details in many instances that (to me at least) were necessary.  A character would be introduced long enough to become a casual acquaintance to the reader, but not long enough to glimpse a shadow of their true self.  Events would play out in a stream of brief action driven sentences, leaving out the good stuff often occurring in between and leaving readers questioning what just happened.  For example (just a teeny one, no spoilers or anything), there is a scene where Avery isn't feeling too well and her grandmother offers to make her breakfast while checking to see if she feels good enough to go to school.  Avery merely says she's fine, gets up to go, and then she's there...all within about three sentences.  I'm not one for fluffy details because too much is well...too much, but too little has it's own set of problems as well.  Some of the confusion and choppiness might be explained away due to Avery's mind set at the time, she was after all under a lot of stress and didn't remember in full the events that unfolded....yet at the same time, the story is not told entirely in flashbacks so that theory is sort of cancelled out.  Moving on to the characters....

The male lead (Ben) was intense, "bewitching", and by far the most complete character in the book. His emotions and desires came right off the page leaving you to catch your breath before continuing; all that and still not a rise on the "watch-out-young-readers" meter.  The author walked the fine line between tantalizing interludes (yay) and all out flesh fests (boo) with GREAT success (although the intense-draw-against-better-judgement did feel a tad Twilight-esque).  The inner turmoil seen outside of these scenes was raw and confusing as it should be, that's just where he was at the time.  I would even venture to say that although he is not the primary character, I like him, his voice, even more so than Avery though we see far less of him in the book.  For me, Avery's character didn't feel 100% "real".  Her character was too quick to accept things that she opposed just a moment ago.  Even when putting two and two together to solve some of the mysteries within the book, realization dawned too quickly almost unrealistically even if she is "special".  Taking one more look at the story in general on the more positive side of things....

The overall concept was good and you have to love the "Little Red Riding Hood" aspect of the young girl going to her grandmother's house, escaping a (were)wolf....definite irony, whether or not it was intentional.  Speaking of dear old Grandmother, her past is hinted at for certain (and guessed, to some degree, by those reading closely) but with her spunky nature covering a heart of gold, I'd love to learn more about her...perhaps we'll have the chance in future stories yet to be written.  The times when vivid detail was employed (mostly during "red" scenes), you couldn't help but see it before your own eyes; though rare in occasion, certainly good none the less.  Also, the environmentally conscious efforts spoken of here and there, whether in relation to saving the forest, "green" power, or merely respect for all living things, were well woven (try saying THAT five times fast) into the frame work...so well in fact they blend seamlessly into the background.

In summary...did I finish the book? Yes. Was I compelled to read it? By the storyline, yes...by the characters, not so much (but I really, really wanted to be!). Will I watch for the sequel? Certainly....but with baited breath hoping that the characters are allowed to grow to their full potential.  Does this mean that I don't recommend it?  Not at all!  I would actually recommend that you consider it to see what YOU think...after all, this was MY experience with the book; it doesn't necessarily mean it will mirror yours.

This book is scheduled for release on September 14th, 2010 (as of this post) by Bloomsbury Children's Books, so be on the look out in a store near you.  ARC for review courtesy of author Ivy Devlin. (THANKS!)  For more information on this title and the mysterious author behind it (Hey, this is her pseudonym; rumor has it that it's...well, you'll just have to search for yourselves, don't like to spoil a good mystery and all.), visit her website or follow along on Twitter!

Riddle me this....reading.  It's a favorite past time of mine (go figure) but with this recent read, it leaves me curious to know....have you run across any books of late that didn't live up to your expectations?  Ones that you REALLY wanted to love, but it never quite made it?  Do tell!

"It was a dark moonlit night" - what a wonderful sentence, it conjures up all sorts of images.

Yes and it's always so tragic and disappointing when it happens.

Blah, I hate when that happens. Though recently is hasnt.

It's very disappointing when I'm hyped up about a book but if fails to entrance me. But the good ones make up for it, I guess. :)

I hate when we have high expectations and the book fails to live up to them. I'm so happy to have read your review not only to move this book down my TBR pile, but for this eloquent line *love*: "Now I'm guilty of reading several books at a time...no...not like an octopus or something, but having several going at once is common place for me."

awww, too bad it was a little disappointing.

Cleverly INked: Tis true....glad it hasn't for you!

novelwhore: LOL...glad you enjoyed that! ^_^ Yes, it had so much promise in the storyline but alas, for me it fell a bit short...Cie la vie!

Carrie: *nods* Curious to see what others think of it too!

I've read some good things about this one...My only problem is that it looks so short! Hope i enjoy it. Thanks 4 your review :D

Faye: You're right, it IS short...but sometimes it's good to escape in a short adventure versus and epic for a change. ^_^

Ahhh...I had such high hopes for this book! It's in my reading pile next week and now I'm curious to see how I like it. I'm also wondering if the details that were lacking are helped at all in the final published novel? Because I know there is quite the page discrepancy between the ARC and published version (like almost 50 pages). Hmmm...

As for recently disappointing books...I just finished one for Chick Lit Reviews that didn't quite live up to what I was expecting. A bit too long and not enough plot, just kind of okay.

Great job with the post! Very objective and it looks like you have some other great reads coming up to make up for the disappointment. :o)

I'm in complete agreement with you now. I've just posted my review and I feel like this book had so much potential, but it fell short in so many areas including the character development. It really did seem quite choppy in a lot of areas and I'm really hoping that subsequent books explain some of that.