Today, we're welcoming the week by diving into the second release in Tonya Kappes' latest series, A Ghostly Southern Mystery.  As with the first installment, you're in for murder, mystery, laughs, and a little love all centering around the death of one....Chicken Teater.  *blink*  Yep.  That's his name alright.  Let's read about the book, then I'll fill you in on the details.  Today's book of choice is.... 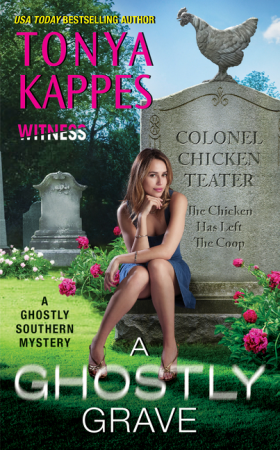 
There's a ghost on the loose—and a fox in the henhouse.

Four years ago, the Eternal Slumber Funeral Home put Chicken Teater in the ground. Now undertaker Emma Lee Raines is digging him back up. The whole scene is bad for business, especially with her granny running for mayor and a big festival setting up in town. But ever since Emma Lee started seeing ghosts, Chicken's been pestering her to figure out who killed him.

With her handsome boyfriend, Sheriff Jack Henry Ross, busy getting new forensics on the old corpse, Emma Lee has time to look into her first suspect. Chicken's widow may be a former Miss Kentucky, but the love of his life was another beauty queen: Lady Cluckington, his prize-winning hen. Was Mrs. Teater the jealous type? Chicken seems to think so. Something's definitely rotten in Sleepy Hollow—and Emma Lee just prays it's not her luck.

Oh my word!
The little town of Sleepy Hollow is certainly ANYTHING but sleepy here recently, and that's without the dearly departed putting their two cents in.  This time around, Chicken Teater is in need of Ms. Emma Lee Raines' services but if you think it's going to be a walk in the park, think again.  If you read book one, you know that Emma Lee has had to deal with cantankerous spirits before but this one has a one track mind and it's all about the chicken.  No, not him as in "Chicken" but the fowl, or rather the prize winning Lady Cluckington.  He doted on this chick to the extent of her being the only other soul to ride in his fancy smancy convertible, at least until he up and kicked the bucket.  It was proclaimed a natural death due to illness, but with Chicken unable to rest, something is amiss and Emma Lee is just about the only one with her head on straight enough to figure things out. 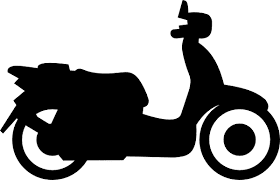 Why would I insult the other parties involved like that?  Oh well, let's see here...Granny is running for mayor while almost running fellow citizens over with her moped.  Then there's the widow Mrs. Teater who shows one face to the world and another more pageantry one to Duckie (the woman does have some affection for men named after birds).  Emma Lee gets caught up in the hubbub while trying to uncover clues, pretty much getting her feathers plucked in the process (think hair dye, extreme plumage, and coaching from a former beauty queen with ill intentions), and coming close to losing her head.  The Sheriff that's stolen her heart is the only thing between her and an untimely end.  Here's hoping he gets there in time....
*gulp*

The writing is consistent with the last book, while the plot walks the same course as the first release.  Character wise, we're getting to know the residents of Sleepy Hollow more and skeletons are emerging from closets that we knew not existed.  Does it work?  Yes indeed!  You'll laugh as Emma Lee tries to walk the line between sane-average-girl and the In-Betweener that she's become, in high heels and a feathered dress no less!  The action picks up towards book's end with a surprising twist you won't see coming.  Recommended read for Mystery fans who love a little laugh, humor, and a paranormal twist in their reads.  I for one will be keeping an eye out for the next release with a spot on the wish list ready and waiting. 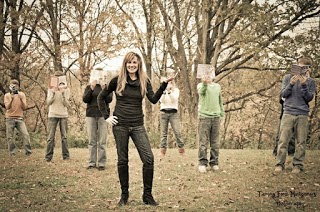 Special thanks to Andrea at HarperCollins Publishers for the ARC for review.  (THANKS!)  For more information on this title, their full catalog, the author, or what's coming next for Emma Lee Raine, be sure to click through the links provided above.  This title is set to hit bookstore and virtual shelves 03/31/15 (as of this post) via Witness Impulse, so be on the lookout for it near you.

thanks for the. information about this book if you had not provided it I'm not so sure I'd consider it our splendid and ever knowledgeable reviewer surely has her thumb on the literary flow