Can you believe March is already halfway over?  I mean in the blink of an eye April will be here, then May, June, and the whole rest of the year.  Is it just me or is 2015 moving along at a faster pace? I suppose the passage of time is the same everywhere in the world, it's the person's perception of its passing that changes things.  Case in point, today's reading selection.

It comes to us via the author herself as published with The Story Plant, a fine publisher of some truly worthwhile reads.  The genre it claims is Young Adult (but teetering on Adult) Fiction.  The narrator herself certainly fits the former category while the story owns the latter with all the complications that love, life, and little ones can bring...or due to the passage of time, not so little ones.  Ladies and gents, get ready for a love triangle...um, square, sorta....that is about to blow the lid off one family, press pause on another, and possibly end a coupling that was never even confirmed, all seen through the eyes of 15 year old  Miranda.  Today's book of choice is... 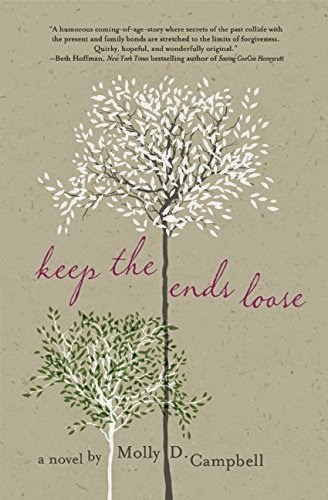 About the book...
Miranda Heath is a quirky fifteen-year-old with cinematic dreams and a safe, predictable family. That is until she decides to pull at the loose end that is the estranged husband her aunt never divorced. What seemed like the best way to allow her aunt to get on with her life sets off a series of events that threaten to turn Mandy’s world upside down. Suddenly, she’s embarking on adventurous road trips, becoming the center of an increasingly unstable household, meeting surprising strangers, and seeing everyone she knows in new ways. Sometimes loose ends just want to stay loose. But what happens if they want to unravel completely?

To put it simply, this is a story about life, love, and how ungodly twisted, torn up, right, and wrong it can go.  Oka, so perhaps that's NOT so simple but neither is the story. 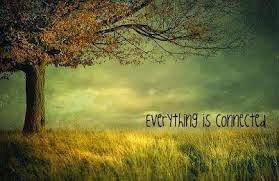 Every character seems connected to someone else whether through blood, or friendly interests (interpret that as you will).  Once upon a time, Winnie liked Frank, and Iris fancied Roy.  The fellas however had other interests and things got all swapped around; Winnie with Roy and Iris with Frank.  The two pairs were married, children were had and lost, with one couple calling it quits, just unofficially.  It seems that the actual divorce for Aunt Iris was never followed up on thereby landing her potential new relationship with Don in a predicament less than predicted.  (Are you following?  Good!)  Winnie decides to take on the world with her children, Miranda and Adam, and her daughter's friend Barley, in tow.  That equates to tracking down one Frank Fletcher to finish what was begun ages ago.  But wait a second...you thought I merely meant the divorce now didn't you?  He he he....think again.  There's much more bubbling beneath her friendly personality and it's about to reach a boiling point.  Don't even think about removing the heat because there's no turning back.

To say more, would ruin the plot, but suffice it to say that the whole family is in for a BIG surprise...even those that already thought they knew all the details.  All I can say is that Roy, Miranda's husband and the children's father, is a saint for keeping things mum but also letting things run their course with minimal interference.  God bless the fella.  Winnie is a busy body but she has a good heart.  Iris is a little too hands off for my taste but at the same time, I could easily see myself following her lead.  Frank Fletcher is a man trapped by his past, present, and future...now if he can only work his way out of this proverbial paper bag before it bursts into flames.  Adam is a hot headed teenage boy, nuff said...under normal circumstances, however in this case he is served a HUGE bowl of What-The-Henry so you know, some of his stronger emotions can be excused.  (Emphasis on SOME.  At a point, you still become a butt.)  Barley is the voice of reason in this trying time, even when she's just short of slapping them into reality.  Though she may not be able to face the facts about her own personal interests, she's more than happy to bring her second family back to its center.  Then there's Miranda. 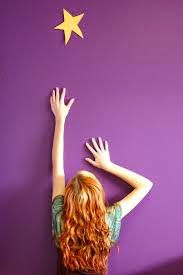 Miranda is a nut to crack.  She's a good kid, means well, and loves her family in spite of itself.  She comes to terms with things quicker than I would have thought even if some of her motivation was simply to have things back to normal.  She cares about others, even her brother, recognizes the gift that is her Dad and spends the appropriate amount of time thinking about the bigger things in life as most teens will.  My only issue is despite all of these attributes, I never really connected with her.  I'm not certain if it was the fact that at times she sounded much younger than her 15 years or perhaps the image we are given of her being such an innocent contrasting with the sprinkling of profanity, drinking, and innuendos tossed about.  Something just didn't click though I really REALLY wanted it to.

So, in conclusion, though the lead character and I wouldn't have been besties, the story was strong enough to make an impression on its own.  The title serves as a reminder that although having things all tied up nice and neat is nice, sometimes it's best to let things ride...or at the very least, more interesting. Recommended for older fans of Young Adult as well as readers of the Adult Fiction genre because there is certainly something in there for both crowds and it's winding tale should not be missed. 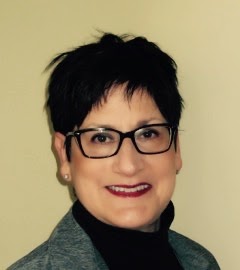 Molly writes from her pantry, often in pajamas. She exercises regularly, despite the fact that she has sustained numerous injuries involving barbells and exercise balls. She successfully raised two gorgeous daughters, who both pay their own bills. Molly can also be found at: http://momswhoneedwine.com.

Molly has few interests other than reading books and writing, although she and her husband did attempt clog dancing with disastrous results.  A huge fan of HGTV, Molly has been known to watch marathon sessions of “Househunters” while leafing through magazines and snacking.  Molly’s husband has an accordion band. The neighbors have started a collection to fund soundproofing for the Campbell’s basement.

Special thanks to author Molly D. Campbell and the staff of The Story Plant for the review copy as well as the chance to bring this story to you.  (THANKS!) For more information on this title, the publisher, the author, or other works that might tickle your fancy, feel free to click through the links provided above.  This title is available now, so be on the lookout for it on a bookstore shelf or virtual retailer of your choosing.

Great review. Having received a copy from Molly I'm really looking forward to reading it for myself.

I also loved the review as usual it was over the top. Even though thus is not my go to type of novel I just may give it a whirl best of love and luck to all it is almost saint Patrick. day