Hello, hello!
Welcome back to post two of the day, here at Satisfaction for Insatiable Readers.

Next up on the roster is a title making its way through the blogosphere with Rachel's Random Resources and, from the sound of things, it's another series you'll want to keep a close eye on. It reaches out to readers both of Young Adult Fiction and Fiction with its school ties, and darker themes that, unfortunately, are all too common place. Ready or not, fair readers, here comes today's second title in the spotlight... 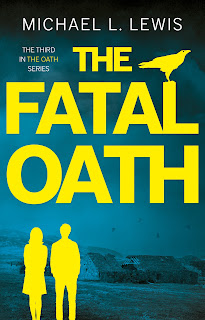 The Fatal Oath
by
Michael L. Lewis
About the book...
1957. Blackleigh is an elite public school for boys in Yorkshire where prejudice and seething hatreds are never far below the surface. Violence erupts against any Junior who the Seniors deem unfit.
Jonathan Simon is 16, in his third year, and is self-conscious about being Jewish and having a birthmark on his cheek. He knows that: 1) The school code of conduct mandates no snitching, 2) The student Prefects, not the faculty, have absolute power to discipline and 3) Mr. Paul Wood, the temporary Headmaster, is weak and ineffectual.
Jonathan meets Bobby Stuart, an American transfer student, who is also worried about being accepted. Their friendship binds them together as they soon run afoul three ruthless and ambitious Seniors in the House; Gabriel, Murray and Hausman – also known by their fanatic followers as ‘The Black Armbands’.
As the pressure mounts, ambitions grow, friendships become closer and scheming increases. As for Jonathan, the year is only beginning…
BOOK GOOK GUILD  |  BOOKSHOP.ORG
AMAZON UK  |  WATERSTONES  |  FOYLES
WHSMITH
~~~~~~~~~~~~~~~~~~~~~~~~~~~~~~
About the author... 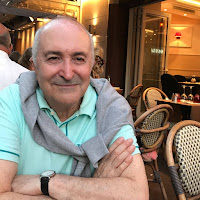 Michael L. Lewis was born and raised in England. After preparatory school in London, he was educated at Stowe School, Buckingham. This is the third novel in the Oath series, taking readers on a journey through the lives of three dynamic schoolboys between the ages of 13 and 15, and the extraordinary triumphs and tragedies that they experience. Michael now lives in Los Angeles, California, has a law degree, and writes full-time. He was on the Board of Trustees for several schools and has been a member of the same book club for twenty-five years.
Michael says, “The books in the ‘Oath’ series are all inspired by my incredible experiences at a Boarding School in the North of England and on School Boards in Los Angeles. Each book in the series stands alone with totally separate main themes united by the exploration of prejudice, the unequal playing field in education, and the abuse of human rights. They will appeal to adults as well as young adults and are entirely set in an elite public school in Yorkshire.”
TWITTER  | FACEBOOK  |  INSTAGRAM
~~~~~~~~~~~~~~~~~~~~~~~~~~~~~~

Until next time, remember...if it looks good, READ IT!
Posted by Gina at 4:00 AM