Hi there!
Welcome to Satisfaction for Insatiable Readers!
Whether you've been following the site since the beginning or you are new to the crew, you and your bookish conversations are more than welcome here.  So pull up a chair, keep your wish list handy (you never know when you might need to add something to it), and let's take a look at a new title.  Today's book of choice is... 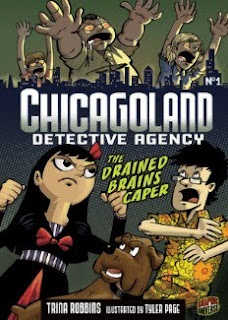 Megan Yamamaura wants to buy a tarantula, but not for the reasons you may think. (Okay, so I can't fathom a reason, but the one given is really good.)  It's actually to have a soft fuzzy critter to have and hold (*shudders*) that won't make her Dad break out in hives (allergic to pet hair...not a pretty picture). In search of her new "fuzzy friend", she visits the local pet store.  Unbeknownst to her, they don't sell actual pets, just pet supplies, a fact which RAF Herandez, the young man who happens to be working behind the counter when she visits, ever so rudely informs her of.  (Guy seriously needs an attitude adjustment.)  Leaving empty handed and in tears (bad RAF, bad!), the next morning brings more bad news. This summer, Megan will be attending school (the horror!). 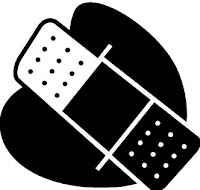 That's right! The private and stuffy sounding Stepford Prepatary Academy....problem is, things aren't always what they seem (when are they ever?). Upon entering the classroom for her big first day, Megan discovers a hint of what that something not quite right might be. Aside from the conformity that she hates and strides to remain free of encroaching upon her individuality (short version:  she likes to BE herself...not such a bad thing), all the students appear to be prone to accidents.  How so?  They're all wearing bandaids.  Strange....definitely, I mean considering the ENTIRE classroom is involved and presuming it's not a fashion statement.  What's worse is when the school cafeteria serves liver and onions and not one single kid blinks an eye or turns up their nose at it.... (*double shudder*)  Well, everyone that is except for Megan but we know she's a new arrival...apparently into the land of WEIRD!  What's going on with everyone and why on earth do they all seem to agree on everything?  She's about to find out first hand and the truth of the matter will definitely surprise you....

So, I came upon this little read thanks to the good folks over at NetGalley and their tweeting wonder. I hadn't actually been to the site in a while when I saw a few of their tweets at random (yep, I follow them...not in a creepy stalker way, but on Twitter...) and said to myself...self, you need to take a look at the site again! Hey, what can I say, egalley's are fine and all, but I much prefer my actual books. The weight, the feel, the smell....everything about them, but NetGalley had several great titles that caught my eye, this one included. (Thanks, NetGalley!)

Where to start, where to start. I've just recently been sampling the world of comic books/graphic novels, and while I'm not ready to sing their praises in general, I can definitely say that I have found a few gems that I am more than happy to share with you, my readers...this one included. Megan is a great leading lady. Her non-conformist nature would paint her as an outsider but she really just wants to be understood and accepted for who she is (anyone else second her thoughts there?). Who is she? Well for one, a haiku expert in training! For those of you that may not know, a haiku is a type of poem generally consisting of three lines with the following pattern:  five syllables, 7 syllables, and 5 syllables. Something like this...


Avid reader here,
Next adventure is unclear;
Reading is for life.

Okay, so Megan's are better, but that one was just off the top of my head so you can't fault me that much.  They add to the story and show how she is feeling at each given point. She even perfects the art of text haiku's (as in via cell phone with text abbreviations)!  Combine this skill with her resourcefulness and you're certainly in for some interesting times.  Next we have RAF, her new though reluctant best friend, in fact her only friend at the time, and his secret program project.  He's so focused on it you want to give him a quick slap back to reality, but it actually comes in handy later on...and is the source of a humorous pun that you definitely don't see coming.  Add in the evil and dog hating (how can you hate dogs?!) Dr Vorschak, a talking dog which was a result of the evil doctor's experiments (though that detail goes unnoticed) plus the mystery of the school and TADA...a mystery with fun on the side is born.  I have to say there was one character that only makes something akin to a cameo appearance at the end of the book but in that one frame has major impact and imparts a wonderful message.  Raf's mother, who is against animal testing, is speaking to Raf about a certain newly acquired pet.....

"Nobody has the right to OWN another living creature.  So you're not his owner, you're his GUARDIAN."

Who'd have thought I'd be quoting from a comic book?  Hey...never say never and this one was certainly worth the quote.

This book celebrates its birthday TOMORROW (09/01/10) so be on the lookout for it in a bookstore near you (or click here for more information on pre-order options).  For those of you planning on reading this little adventure, it is book one of a new series!  The next book is mentioned at book's end though to wet your appetite....Chicagoland Detective Agency:  The Maltese Mummy.  Any guess as to whether or not I'll be watching for it?  (Yep, definitely.)

Egalley for review was made available via NetGalley and the publisher, Graphic Universe, an imprint of Lerner Publishing Group.  (THANKS!) Are you a book blogger interested in egalley reading opportunites?  Be sure to visit NetGalley on the web or follow along on Twitter for all the latest listings.  For more information on the publisher and their full catalog of titles, check out their site.

You do find us some of the most fascinating books, thanks for the recommendation of this - Niece #2 has addded it to her wishlist so I'll no doubt get to read it at some point.

Graphic novels are generally not my thing, but I agree, ocasionally you find a few jems. Net Galley rocks. They offer a ton of titles. Great post.

Petty Witter: You're quite welcome! Glad it sparked an interest in Niece #2...if you read it too, be curious to know what you think!

I've actually had an account with NetGalley for a while now, but have no eReader. As my kiddos are a bit prohibitive in the computer viewing of a book I haven't been able to read a whole lot from them, but I hadn't thought of graphic novels. Those may actually work! Thanks for the heads up and great review!

The1stdaughter: Their galleys don't work with my eReader now either, but I read them on the computer itself, so it works.

I"ve been told about NetGalley but have yet to explore it! Do I really need more book stimulation?..okay, yes, I do but seriously I need to lessen my TBR pile.
At some point I will check it out!

I do believe you find the coolest titles to let us know about!

Hey will you email me your email address? I can't access it from you profile!

I can't get past that the cover reminds me of scooby doo!?!

Cleverly Inked: You're right, it does! Nice call!