Welcome back to Satisfaction for Insatiable Readers!
I'm so glad you could join us today as we take a look at another book that's been receiving a lot of BUZZ recently in the blogosphere.  It's from a new author making her debut on the YA scene with book one in a series that you won't want to miss.  Perhaps you've heard of it?  (Trust me, you more than likely have...)  Today's book of choice is.... 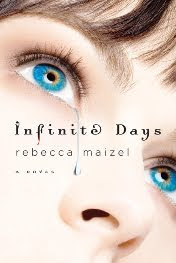 What would it feel like to live each day knowing that you will never die nor age in any physical way?  Or wake each morning with unlimited possibilities in front of you, beckoning you to indulge in each and every one?  Sounds like a dream come true.  Oh, did I forget to mention you'd also have this internal pain that would be unquenchable except during acts of violence and destruction?  (I did, I knew it!)  Lenah Beaudonte knows all of this and more.  After all, she is a vampire....or should I say, was one.  As it would seem, her maker and soul mate Rhode, who wanted nothing more than to have her as his own for all time, also strove to keep her happy, granting every wish and whim.  Her most longed for desire after so many years adrift in either causing unbearable pain or seeking refuge from her own was to be what she once was....human.  Unheard of, right?  WRONG! 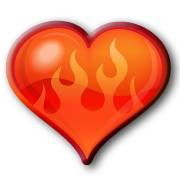 After much research and planning, Rhode has uncovered an ancient ritual that could restore her humanity, body and soul....or end both of their lives trying; a high stakes risk he is more than willing to take for you see, his intent is pure.  The ritual is performed and Lenah is now a living, breathing member of the human race.  All that's left is to learn to fit in to a society many years past her prime....not a hard task for someone with so many years of experience, but certainly not without it's share of bumps in the road (many of which are quite funny).  A simple end to a glorious beginning...or is it?  All those years living as a vampire, she didn't just sit idly by and watch the world turn.  She aimed to make her life as convenient and safe as possible thus ensuring her prolonged life all the more and creating a "family" of sorts on which to depend.  The problem?  They don't know that she is now human.  In fact, they think she's underground in a state of hibernation for what was to be 100 years...at the end of which she would "rise" and take her place as the Queen of their coven.  Oh and would you look at that....the 100 year mark is in just a few weeks.  Will the dark magical bonds she forged be forced into the light of her new life?  If so, how could she possibly survive such a conflict in her new form?  Oh dear Lenah...what have you done..... 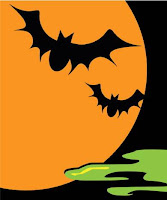 Though this seems to be another in a long line of vampire themed novels recently released, the author puts her own spin on the facts versus fiction aspect of the lore.  For example, her vampires....some can walk in sunlight (indirectly and usually only the older vamps) while others can not.  Holy water and crosses do nothing for them, but other herbs and flowers will work as protection to some degree (something which is explored in the story and lends another interesting aspect to the book).  She does however keep a few of the trademarks....super speed, super strength, and allure with their unearthly beauty (although that part also has a scary aspect built in...you'll see when you read it).

When I finished reading this newly released title, I honestly couldn't catch my breath. Lenah Beaudonte's character creates a connection with the reader that just won't let go (thank you author Rebecca Maizel!). You feel her pain, her heartache, her longing, her desires...a definite plus for pulling through the scenes that might otherwise seem bland; the connection to everything draws you in.  Did I mention Lenah's love of books?  Aside from having all the time in the world to read whatever she desired, she has a revelation of sorts in her newly bound state as to the settling effects of books on the nerves.  And I quote.... 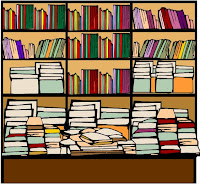 Library?  That sounded reasonable.  As my thoughts revolved around my days surrounded by books, something miraculous happened.  My anger subsided.  It ebbed away as the thoughts of books, pages, and comfort entered my head.  -- pg 57, ARC


A girl after our own readerly hearts.  Along for the ride, the cast of supporting characters are rather intriguing as well.  Rhode, though he is seen through glimpses rather than head on, is a magnanimous character to say the least...definitely doesn't fit the typical vampire mold.  Suleen, the ancient known of but never seen vampire through which evil and good to not filter....kind of like a "dalai lama" figure in their world.  Vicken, Lenah's other soul mate with which she is forever connected.  Tony, her artistic best friend who would love to be something more to her.  Justin Enos, one of the jock super boy crew that seems like an odd choice to place interest in considering Lenah's current standings, and yet there he is...he's probably the only character that was a tad hard to believe in how his personality/actions changed.  Like I said, an interesting group....

The title itself is also worth looking at as it is an oxymoron of sorts...infinite (without end) and days (limited to 24 hour periods). Interesting combination there.  For what it's worth, Lenah experiences the heights and depths of true human emotions on an infinite level while the days of that experience are counted down from hour to hour (that's the part that could get tedious to read, but thanks to the character connection...didn't!). In the end, the events put in motion from a long held wish come full circle...leaving you with a closing not fully expected, but breath taking nonetheless.


Highly recommended for readers of the YA genre and those looking for a novel full of emotion, feeling, and most of all....intent.  As an added bonus, the author has an awesome-tastic bonus scene for the book online now....not to mention this new series has it's own website, Facebook page, and Twitter!  Check them out for more bookishly good fun.

Special thanks to Eileen at St. Martin's Griffin and LibraryThing's First Reviewers for the ARC to review.  (THANKS!)  For more information on the publisher and their fantastic catalog, visit their website.  To see what LibraryThing is all about, here's their site and their Twitter page.  Last but certainly not least, to learn more about this author's debut work and what's up next, visit her site or...you guessed it, Twitter!

I'm a few pages into this book! i feel the pull it has on me to keep reading. Can't wait 2 finish it!

Wonderful review! I loved Infinite days too! Such a gripping debut novel! :)

Faye: That's great! Would love to know what you think of it when you finish...happy reading!

Em: YAY, another fan! Definitely agree...and can't wait for the next installment!

Fantastic review...and now I'm really dying to read this one! Man, there are too many books and not enough time. I just love the entire premise for this, it reminds me a little of the TV show Moonlight that was canceled not too long ago. All he wanted was to be human, but when he finally had the chance he had to change back to save the girl he loved. Loved the show, so sad it's gone! But the book sounds like a perfect compliment to it! I can't wait to read it!

The1stdaughter: I second the "so many books so little time" issue. Everywhere I look it's like...Ooh...Wow...Really...MINE! ^_^ I have actually heard of that show but never had a chance to see it...may have to check it out one day now that I know a little more about it. Thanks!

Excellent review! So glad that you liked it, as I've seen mixed reviews around the blogosphere. I didn't even catch the hidden meaning of the title, but you're totally right! Great catch! I really liked Lenah, but thought that Justin was an odd choice for her. This is listed as book one, so looking forward to seeing what Rebecca comes up with next!

You've definitely got me wanting to read this one.