Good morning (or whatever time it is where you are), everyone!
Welcome to another installment of Taste Testing Tuesdays here at Satisfaction for Insatiable Readers!  Taste Testing Tuesdays was inspired by 'Teaser Tuesdays', a weekly bookish meme, hosted by MizB of Should Be Reading.  Normally appearing on Tuesdays (hence the name), it is being shown today so as to make way for a review tomorrow...doubtful you guys will mind (hopefully I was right!)....
On the menu this week ... two books featuring dogs in one way or another and a third lighter read full of fun.  Ready for a taste? 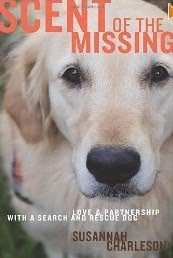 I feel certain the young woman saw the puppy come aboard, but now Puzzle sleeps upside down in my arms, her round belly upward, feet akimbo, head limp and lolling backward toward the aisle.  Gravity has pulled down the puppy's ears and lips and bared her fangs.  Her eyes are open but unseeing, rolled up in her head with the whites exposed.  It's not a good look.  It's not even canine -- more Hell-Spawn Bunny of the Undead.  -- pg 40, Scent of the Missing by Susannah Charleson


Okay, so I couldn't help but share this one...it had me laughing out loud at the description there!  Anyone familiar with pets and their "interesting" sleeping habits can totally relate to this part.... 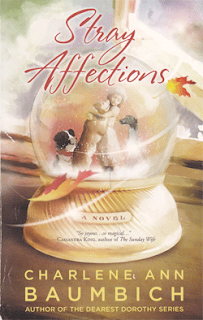 As much as he liked Betty, he was too busy today to get lost in one of her mini-lectures about selling a poor widow more than she needed and certainly more than she could afford, the word certainly always firing through her rounded lips like a musket ball.  When she protruded her lips like that, they kind of reminded Burt of Donald Trump, something he would certainly keep to himself, even though he thought she wore the pouty look quite well. -- pg 49, Stray Affections by Charlene Baumbich


I know, I know....probably not the best choice of quotes, but every time I opened the book I got something spoiler-ish.  This will have to do and at the very least gives you a little chuckle.  ^_^ 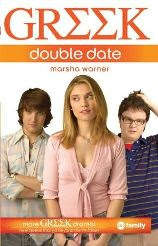 Evan Chambers was his big brother and always would be, and brothers stuck together and helped each other out, even if the situation seemed to be reversed.  So when it was time to get Evan out of his drunken stupor and find a tuxedo that would make him look decent when he went to represent the Omega Chis at the All-Greek Formal, the task fell to Calvin by massive consensus.  -- pg 47, Greek:  Double Date by Marsha Warner

Awww I love the sound and cover of Scent of the Missing! :)

Oh a quote from Double Date. My copy is waiting on my bedside for me. I can't wait to start it!

That was a fun post. I had to laugh with the dog one. Too cute.

Love the Scent of the Missing quote! Too funny!

agirlreads: Definitly a fun one...especially if you've seen the series!

Ellie: Yay! I'd hoped others would find that one funny too...

I love how different these all are.

Do you read multiple books at a time?

Ahhh...Stray Affections looks so cute and I love the teaser! Great choices this week. :o)