Hi there!
How is your week thus far?  Good I hope....mine, so-so, but the world of wonderful books both out and upcoming is enough to turn anyone's frown upside down.  Who's with me?

As I sit here and put the finishing touches on this review, I'm  listening to a bit of Josh Groban's music.  If you've never heard of him before, GO NOW, you are banished from my site.  Just kidding!  Seriously though, if you haven't heard any of his music, you should definitely check it out.  There's even a great new feature on his site that allows you to share one of about five select songs with someone else, plus it sends you a copy of the song as well.  Some good ones on there too....I'll leave you the link here in case you want to check it out.  Sound good? (hope so)  Site and Twitter.  Have fun!  Now back to bookish discussions....

While going through my Google Reader via FeedDemon (that's a program, not a demon, and a rather nifty one too...thanks to Danielle for that little gem...), I noticed a new post on one of the author's sites that I frequent.  It was in regards to a new work that was now available and be still my heart looking for bloggers to consider for review.  Considering didn't figure too long into the equation for me since I had encountered this author's work previously and was more than happy to take a look at it.  As I began to read I...oh, wait wait wait...I haven't introduced the title yet, have I?  Silly me...  Today's book of choice is.... 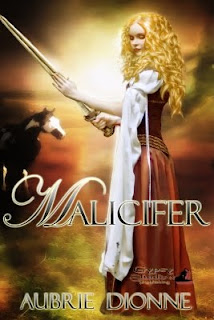 We begin as all stories begin, in the past steeped in rumors mixing with truths to reveal things beyond the understanding of man.  Men of a higher calling seek to prevent the rising of an artifact lying in rest entombed with it's former wielder.  Lying in rest...or lying in wait for a new soul through which to direct it's purpose?  It's one quest, one thirst....bloodshed;  a desire unseen in normal everyday objects, but ingrained within the very steel through which it's "voice" sings.

Flash forward to present day.  A crowd has gathered.  The people of the village surround a parade of sorts welcoming in the newly knighted Sir Castellan, a man of strong will and not so hard on the eyes...at least according to Maylin.  Ah yes, it seems that out fair milkmaid has fallen at first sight for out gallant hero.  Too bad for her that he is merely a dream, a mental escape to a future she can not possibly grasp (status and class being what it was at the time).  But wait!  There is an evil that seeks to destroy there fair land and all within it's boundaries.  Warlocks have set their sites on their beautiful homeland and will stop at nothing to gain what they desire.  All hope seems lost as the ever steadfast Sir Castellan rides out with his men to meet a fate not yet written but all too certain.  What help could a milkmaid provide that would be of any assistance?  Seemingly none....unless of course they were able to hear the secret calling of one magical sword and swoop in to safe the day.  A glimmer of hope is dangled before them, but Maylin has heard the tales of this sword, the one called "Malicifer".  Will she be able to withstand it's blood thirsty calls to see the battle through?  I hope so...but what then?

Another great work from this slightly undiscovered talent.  She seeks out the road to big time publication dreams like other authors-to-be while encountering the same pitfalls...yet the stories I've read thus far, whether short or novel length, certainly show a talent in need of a spotlight.  I had the pleasure of reading one of her full length novels earlier this year, the enchanting book Dreams of Beauty.   From what I've seen thus far, the author tends to favor strong female characters.  Whether that strength is displayed for the world to see or held within the confines of her heart varies, but one way or another it is made known.  It's remarkable really, how even though this story is rather short, you are still able to fall into the time, place and characters as if you've been following them throughout their entire lives as opposed to mere pages.  Her tales always have this thread of enchantment that the reader, well at least THIS reader, feels compelled to follow.

A good short story for lovers of fantasy and fairy tales alike....it's hard to not get swept up in the fantasy of it all.  The tale did remind me a bit in some of it's elements of two fairy tales I've read before.  The Sword in the Stone for one...with the magical, mystical sword aspect....and then Mulan with the female warrior angle.  You can't help but root for Maylin's success though her journey is perilous and seemingly without hope.  I have to say, the ending to this tale was just as I had hoped.  Don't you love it when that happens and it works?  Even though I kind of saw it coming, at the same time...you really were never quite certain it would materialize.  I mean, more often than not, authors flare towards the dramatic, the BAM...here's your ending.  This one may lack a few fireworks with its slightly predictable nature, but whatever it loses there is more than made up for in heart. 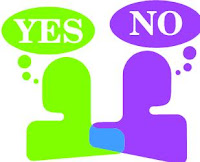 Intrigued?  Needing a good short story to while away the afternoon?  Good news for you!  This book is available for download right now at a rather low price (hmm, sounded infomercial-like right there, but I think I got my point across....), so if you're interested, take a look and see what you think.  I'd love to know what you thought of this short story as I'm sure the author would as well...feedback works both ways in the world of literature and blogging.  We reviewers love to get it, but authors need to too!

Special thanks to author Aubrie Dionne for the review copy.  (THANKS!)  For more information on this budding author and her works, visit her site or check out her blog.

Fabulous review! This sounds like a fun and exciting little book. I don't read much fantasy, but I'm so in the mood right now! I need to escape for a bit. So, I'll keep Malicifer in mind!

Emidy: Thanks! We can all use a little escape sometimes....if you do check it out, I'd love to know what you think! Happy reading...

i love josh groban :) I seriously love this cover!! wow!

Carrie: YAY! Another Josh Groban fan. ^_^ Oh and on the cover...yes! So far all of her covers are tre magnifique! My favorite one is DREAMS OF BEAUTY.

The cover is mesmerizing!

I love reading short stories, particularly at work. Perfect way to break up the afternoon.

agirlreads: Definitely! This one is a true short story, but definitely worth the read. IF you do check it out...would LOVE to know what you think!

Thank you so much for the wonderful review, Gina!!! :) *hugs for you*

Ooh, I can't wait to read this!