The Castaways by Elin Hilderbrand

Hello again!
Third post of the day and you're still coming back?  Bookmarks up to you for certain (and a big smile on my face).  I hope Monday has been treating you well...it's been trying to beat me up but I think I can take him with a bit of strategizing.  We shall see....

Today we took a peek inside my shopping bag from the past week in all it's bookish glory, we shared congrat's over the announcement of the winners in two contests that just closed this weekend, and now we dive into a book review of one of those very titles.  It's a little piece of beach heaven to add to your summer weekend plans...with a little kick.  Today's book of choice is.... 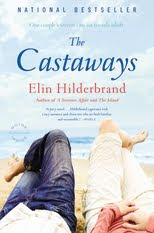 The Castaways
by
Elin Hilderbrand

The lives of four couples from start to present time told through memories and self realizations, after the untimely and slightly shady passing of one (couple) their own. Greg and Tess MacAvoy were celebrating their 12th wedding anniversary with a sail and private picnic for two.  With the year they've had it was a miracle to simply still be speaking to each other let alone celebrating anything.  Rumors of an affair and marital strife were at the top of their "wounds yet to heal" lists, but no one would have guessed that those lists would remain unaltered.  Several odd hours after their departure, the worst news began spreading like a tidal wave through this close knit group taking some under in it's wake and lifting others out of their darkest places despite the tragedy of it all.  In the days, weeks, and months that follow, each tries to deal with grief in their own ways...but what of their guilt?  It seems there is more than a passing glance and friendly smile between these friends.  What truths will be brought to light that were never intended to be?  You'd be quite surprised... 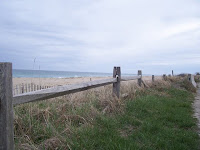 With enough descriptive talent used to make one want to visit Nantucket Island if not move there, and enough emotion shared in the various accounts of days gone by.....it is easy to see how this author has obtained a substantial following. Her love of the area can be seen in the smallest of gatherings to the most lavish affairs.  You come to know the town intimately, or at least as intimately as a third party reader can, and being able to imagine oneself there would certainly not be an unheard of occurrence.  I know I could easily slip away to the beach excursions or rowdy trips abroad while on my reading adventure through this tale.  Combine that with the summer season and you've got a day escape just waiting to happen. 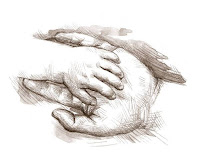 Although I enjoyed the book overall....for me, in a sentence....the story was too "grown-up"; I cared about the characters and their lives, but the ending left me a little high and dry.  I mean, it was a bit too neat and tidy for my taste.  Everyone has their secrets, some of which you couldn't begin to guess, and everyone feels guilty for one reason or another that this "charming" couple is no more.  The struggles are palpable, the emotions at times quite raw (especially the grief that Andrea feels as well as the passing of Phoebe's brother during the events of September 11th....be certain to have a tissue or two handy for that portion), but the final big reveal went over a bit too smoothly.  I understand the characters knew each other well and had forged life long bonds of friendship in one form or another, but they were a bit too understanding in my mind.  Still, certainly a good fit for a tad longer beach read (it's close to 400 pages, not exactly a light weight but we're also not talking War and Peace)....perhaps to pull out on one of those laid back partly cloudy days of tranquility so hard to find nowadays. *searches calendar for one*

Review copy courtesy of Hachette Book Group.  (THANKS!)  For more information on this and the many other books in their repertoire, be sure to visit their site or follow along on Twitter.  Author Elin Hilderbrand just saw another one of her Nantucket Island based titles celebrate a book birthday (The Island)...to learn more about her currently published titles or see what she's up to next, visit her website.

I just picked up a copy of this book. Hopefully I will enjoy it. Thanks for sharing....

Julie P: Really? Would be curious to know how you like it when you've finished...