Hi everyone!
Hope your week is going well.  The weekend is just over that next hill, not too much farther.  To help bring it a little bit closer, how about a little bookish fun?  We are after all, Satisfaction for Insatiable Readers.  How does a look behind a book and a contest sound?

Fresh on the coattails of yesterday's post for the recently released thrilling second installment of the Detective McCabe series, The Chill of Night, today we usher in day two of two for the book tour.  Thanks to Dorothy over at Pump Up Your Book Promotions, I had the pleasure of interviewing the author behind the series...Mr. James Hayman!  Read on to find out more about the man behind the novels, what's in store for his lead character, a scene that hit the cutting room floor..and much more!

Readers and readettes, please join be in a big SFIR welcome to today's guest...author James Hayman!

Author Interview:
James Hayman
Author of The Cutting and The Chill of Night

Did you always know you wanted to be a writer? What inspired you to take this path in life?

When I was eight, I wanted to play major league baseball. Third baseman for the NY Yankees would have been great. Or maybe catcher. I really would have enjoyed walking out to the mound to advise the pitcher one what to throw next. However, since hitting a high inside fastball was always much harder for me than telling tales and writing them down, I guess the answer is yes, I always knew I wanted to be a writer.

I’ve always worked as a writer. First in the advertising business, then as a freelance marketing writer. Before trying fiction I wrote a couple of non-fiction books under contract to corporate clients. But I always wanted to try my hand at fiction, so when the hair started to get gray I figured “if not now, when?”

Your novels are classified as Fiction or Mystery/Thriller. Did the genre pick you or did you pick the genre? Was it your intent from the start to write this type of story?

I write mystery/ thrillers because they’re the kind of books I most enjoy reading. I also write them for a more practical reason. There are more mysteries and thrillers on the NY Times fiction bestseller list than any other kind of book. This being the case, I figured I had a better shot of selling a thriller to a major publisher and maybe even making some money at it.

The lead character, or should I say victim, in this novel has a rather dark childhood. What drew you to shade it as such as opposed to coloring it with rainbows and sunshine?

I think characters with a dark past are usually more interesting than people for whom everything has always been rosy. I think, for example, that Lainie Goff is a fascinating character. On the surface she has everything going for her. She’s brilliant, beautiful and has a great job. But Lainie also has a terrible secret. In spite of her beauty and brains, the sexual abuse she suffered as a child makes her feel worthless. And this sense of her own worthlessness leads to the tragedy that ultimately befalls her.

What's next for McCabe? Any juicy tidbits you can share?

Only that the third book will be a departure from the first two. The lead character and lead investigator in #3 will be McCabe’s partner, Maggie. I’m working on it now. It’s a fascinating exercise for a male writer to write the bulk of a novel from a female point of view.

Often times, author's base characters off of what they know best....themselves. Anyone in the book you identify most with? How so?

There’s a lot of me in McCabe. We’re both ex-New Yorkers who moved to Portland, Maine. We both like good scotch and rare steaks. We’re both old movie buffs. But more important than any of those things we both speak with the same voice and McCabe’s attitudes and experiences reflect a lot of my own.

As readers and bloggers, we get to see a bit behind the publishing process sometimes. We all know that books go through revisions and edits often multiples of both before they hit the shelves in a store near us. Through the course of your rewrites, was there any scene or character that was cut that care to share?

Only one scene was cut in The Chill of the Night. The initial manuscript started with a prologue told in the villain’s voice as he is about to commit one of the crimes. My editor at St Martin’s convinced me the scene, though chilling, gave too much of the story away. He was right and I deleted it. Other than that, the only major edit was a complete rewrite of the final confrontation with the bad guy. When I first wrote it I was rushing to finish the book and the writing in the last too chapters was clunky, the climax too expected. So, at my editor’s urging, I rewrote it and now it’s much better.

One of my favorite books is:  Atonement by Ian McEwan
An author I look up to would be:  Richard Price (Lush Life, Freedomland, Clockers) for his great dialogue, richly drawn characters.
When I was a child, when I grew up I wanted to be: Third baseman for the NY Yankees (See above).
The last book I read was:  Fear the Worst by Lynwood Barclay.
My impression of it:  Good suspenseful thriller. Terrific characters. Good dialogue.
On my nightstand:  In the Woods by Tana French...another terrific thriller set in Ireland.
With my writing, I hope to make readers:  First, I hope readers really enjoy the stories. Second, I hope they like my characters and want to come back and visit with them again and again.
One thing I know now that I wish I knew then:  Life is short. I wish I’d started writing fiction earlier.
Parting thoughts:  If anyone reading this interview, reads The Chill of Night and enjoys it, I’d love it if they’d email me at james@jameshaymanthrillers.com. I promise to email them back.

So how's that for an approachable author?
Both of the books in this series are now available, so be sure to look for it at your favorite on or offline retailer.  Now, you've learned a bit about the book, heard a few tidbits of tantilizing information from the author himself....are you ready to win a copy of your own?
Now's your chance.... 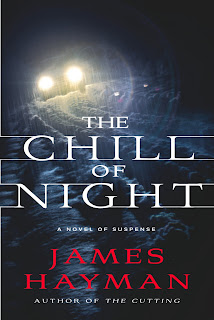 (1) copy of The Chill of Night by James Hayman

How to enter:
Fill out this FORM.

The rules:
*Open to US/Canada mailing addresses only!  No P. O. Boxes please.
* Entries will be accepted from Thursday, August 19th, 2010 through Saturday, August 28th, 2010 at midnight CST.  The entries will be tallied and entered into the random.org randomizer, after which a random number will be picked by their number generator.  (This way all the entries are mixed up nicely.)
* All entries must be submitted using the form accessible through this post.  You MUST include your email address in order to be counted as well as contacted should you be chosen as the winner!
*The winner will be announced and contacted via email by Monday, August 30, 2010 and will have 48 hours to respond with their mailing address.  Should they fail to respond in the given time frame, a new winner will be chosen.  If you choose to include your address in your entry, no worries...the time frame issue is removed.
*Winners name and address will be forwarded to Dorothy at Pump Up Your Book Promotions for prize send out only and then discarded. 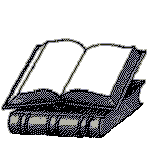 Hey - just hoppin' by! I started the hop on Friday, but had to leave, just now getting back to it. Hope you had a great weekend! Stop by The Wormhole and say hi!

Thanks guys for the comments and for entering....Beverly, I'm making my way over to your site now. ^_^ Keep those entries coming!

This sounds really good! I love mysteries/thrillers. Thanks for the great interview and contest :)

No entry, but I wanted to say how excited I am about a third installment. Now I just need to read the first!

Enjoyed reading the interview :)
I really have to check out bk #3 to read the female point of view from a male writer :)

Thank you for the interview and contest. :)

Thank you so much for hosting!

Sounds great! I enjoyed reading the interview. Thanks for the giveaway. I like mystery/ thrillers. I need more of them on my TBR list. :)

Look at the entries...*claps hands*...we've got some fans of mystery/thrillers here, that's for sure. Good luck!

Ali: Yes...book #3, should DEFINITELY be interesting.