Welcome back everyone!
It's a new day!
It's a new dawn!
It's...about time I stop listening to that Michael Buble song....hang on a sec... *switches CD* ....okay, there we go.  Anywho....it's another bright and shiny day in book land here at Satisfaction for Insatiable Readers.  Yes indeed.  Today we are going to delve into the start of a new series by a new author and currently published by a new publisher...lots of "new" there, but new can definitely equal potential.  Shall we get started?  *waits for nod....there it is!*  Today's book of choice is.... 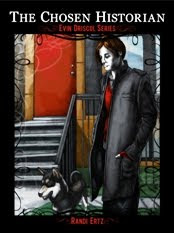 Evin Driscol.  A young man with a bright future ahead of him.  A nation in peril needing the sons of it's countrymen to fight to preserve their way of living.  A future so bright....dims.  Okay, so perhaps a bit over dramatic, but still....it gets the point across.  Evin Driscol had everything going for him except a case a "my-funds-are-low" and as such he withheld his declaration of love for one Marianne Winthrop before his departure to fight the good fight for his country.  Days turned to weeks, weeks to months, and though still held fast within his heart, the time had passed for declaring his love.  Under the guidance of her parents, Marianne had moved on and married a successful business man.  Woe to our heavy hearted war hero.

All he ever wanted was to make her happy.  To be certain that at the very least this interloper, I mean, her husband, was doing so, he pays an unannounced and for all intents and purposes unseen visit to her new home.  He sees her, walking down the street...their eyes meet, and then....nothing.  Yup, she just walks on by while he stands there jolted to the core, at least on the inside.  Seeking to drown his sorrows at a local dive, he comes across someone he thinks he may be acquainted with.  If he is not mistaken, that girl commanding all the attention in the corner of the bar....is his long lost sister, Elli!  Can it be?  She disappeared so long ago...and yet she doesn't look a day older than when she left?  He simply must know if it is she....and so begins a life he never truly expected.

So...the story deals with a man turned vampire and his "family" (both literal and created) surviving in an ever changing world.  The main focus beyond Evin Driscol's chosen occupation is the "special" aspect of his vampire nature...he can walk outside in the sunlight without need for protection, thus labeling him one of the rare "Daywalkers".  Why does he possess this uncanny talent?  The secret to that may lie in his family history as his mother insisted before their final parting that he agree to visit his elder relations in Ireland to learn how "special" his siblings and he really were.  Kind words from a mother thinking this is the last she will see of her child?  Perhaps....but considering his current circumstances, probably not.  It definitely leaves many stones unturned, hopefully some of which will be revealed in the next installment of this series, which I shall be watching for.

Now, there's a reason I don't actually "rate" a book.  KUDOS to those of you that do, but for me, it's often times a fine line between what makes a 5 star book versus a 4 star.  Even choosing between "liked" or "really liked" is headache inducing.  I mean, some people look at that rating and think....Oh, it's only a 3 star; so not worth my time...when in fact it might just be their next favorite read.  It's a hard choice and this book would have made it even harder.  It has its flaws (hey, I promised you honest reviews, you get honest reviews...or at least my honest opinion)...which we shall take a moment to explore...

Drawn out detail in areas a summary may serve better...we know the guy served or lived through Vietnam, World War I, World War II, etc, based on the fact that he's over 150 years old, did they really all have to be listed?  A few characters had personalities that came off as unstable ....they were adamant in a decision or opinion about something one second and the very next turn of a sentence, they changed their mind and agreed with whatever was being suggested.  Not as hard to swallow if some vampire charming had been used or something but the way it was presented, nope....none.  A curiosity as to the title versus story match....it really wasn't until the story's end that it actually makes sense with the book as it's almost a forced line in the dialogue, but up until that point, I don't know.  It almost felt like it was more "historian by choice" than "chosen"...but I digress, there is a secret tied to it so it does actually fit better than seen at first read. 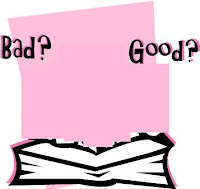 In spite of my lengthy ramble there, it certainly has its intriguing parts as well!  The potential that can be seen in the current novel and future storyline....it's left wide open for the next installment while tying a few loose ends up in a package complete with a neat little bow.  The relationships between the main character and supporting characters....it's happening more nowadays in supernatural literature where the "creatures of the night" have ties to others they consider family, but the author takes this one a step further in that one of them IS actually family, as in coming from the same blood line.  Plus, the connection these two share is so touching even though their hearts no longer beat.  The variety in the types of characters used.....vampires, shapeshifters, werewolves, fairies, elves...oh my!  Normally a conglomeration of supernatural beasties like this would leave me wondering...couldn't you just decide?  In this book though, it works.  They are brought into the story in such a way that they don't over shadow what's already happening nor draw your attention away from the vamps in the spotlight, and yet it leaves the author much room for play in future installments.

As for the vampires, readers are being inundated with them in today's literature...I mean if I look at my reading list over the past year, they've been sneaking in time and time again, but this author doesn't have them sparkle (not that I don't like sparkle....Edward and the Cullen gang can sparkle all they want....*gazes at sparkle*) or crawl up castle walls (reference to Dracula, and a rather creepy scene at that).  Instead, they are a combination of some of the popular vampire lore of today and yesterday creating an interesting balance. You got a bit of Twilight with the ability to walk around in the daylight and not have to drink from humans (notice I said "have to"...doesn't mean they prefer it that way).  Add in a dash of True Blood aka the Sookie Stackhouse series with the being out, having a governing organization, and synthetic blood drinks.  Shake those two together and add in a few more...and you've got a mixed concoction sure to startle lovers of the classic creepsters, but certain to dazzle the minds of readers today.  Certainly a recommended read for YA and fiction fans, and the start of a series I would definitely be interested in finding out just what happens next. 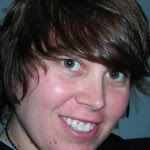 Simply had to share this one little blurb from the back cover of the book in the author bio section....

"...Randi is an author, avid reader and dreamer.  She believes that life is too short to refrain from doing what you love and that dreams can come true."

Sounds like a few people I know...and the closing sentiment, why I couldn't have said it better myself.  One more thing to note (sorry, you know I'm long winded though)...there is a cute sidekick type companion in the book by the name of Maiko.  The dog (okay vampire dog in the book, but for the sake of this discussion she's a dog) is Evin's constant companion and there's more to it than merely having a unique character in the book.  It's also to bring light to the Shiba Inua breed as well as the cutie mixes.  As it seems, the author is an advocate for animals and helping them get a second chance at a forever home, so stop on over to the author's charity page to learn more about one of these rescue organizations.

Review copy received courtesy of TLT Publishing (also known as The Little Things Publishing) and author Randi Ertz. (THANKS!)  To find out more about this up and coming publisher, visit their website or follow along on Twitter.  To learn more about the Evin Driscol series and the author behind its creation, you can visit her online at her site or guess where...yep, Twitter.

I think this is just the kind of book I could get into. I personally enjoy vamp books. The good the bad and the ugly. Even is twilight has made them even more popular I will stick by their side. LOL

Interesting mixture of vampire lore. And I agree with you about the rating system - there are bestsellers on review sites that get less than three star ratings, and that's just it - everyone has different tastes, right?

Cleverly made me smile. I'm an old vamp fan/Twihard who's sort of on a vamp diet. Great review though!

Cleverly Inked: Good deal! I really hadn't started reading them profusely until after Twilight and even then I don't necessarily seek them out, they seem to find me~ *looks around* ^_^

Dorothy Dreyer: Exactly! Different tastes and different qualifications for considering a book rated one way or another. LOL on the Team Eric bit...only watched a few episodes of the show (*ducks flying objects being thrown in shock*) so I can't really claim a team one way or the other.

This sounds like a fun read-glad you brought it to our attention. One of the problems with vampire overkill (or any other subject for that matter) is that it can be hard to find the good stuff amidst all the chaff. I totally agree with you about the rating system stuff too. I feel bad giving a book I liked 3 stars-it just makes it seem so mediocre!

Dreamybee: Thanks! Definitely agree on the "makes it hard to find" bit. It can be tough! Yes! The ratings...it boils it down to to finite a point for me. I like to just say what I thought and leave you to make your own "rating" of sorts. ^_^