Hi guys!
Happy Thursday to you!
Wow..it's hard to believe how FAST this month is really going!
I mean, next week is Christmas...seems like only yesterday it was Halloween.  Cie la vie...just means we need to enjoy the holiday season while we can.  Speaking of which...

Last night, my family and I were able to attend an AWESOME holiday concert put on by the Silver Wings Band.  They had all the old favorites celebrating the various holidays going on this time of year...and they also featured their new rock-ish group Crossfire.  Let's just say that as much fun as the traditional music was, this group brought out another side to those in attendance.  It was FANTASTIC, a definite tribute to the spirit of the season reminding us of the important things...friends, family and all those we hold dear.  A night to remember for certain and a perfect segway to the book I am featuring today. 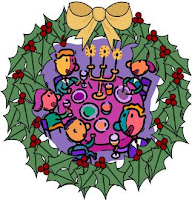 I know what you may be thinking...how could that possibly segway to a book review?  Well, it's not in the obvious way with a holiday title or anything...it's in the reminder of the importance of family and a life well lived.  The everyday ordinary turned extraordinary with a smile and a nod.  It's a book that echos a bit of my own family's past while introducing you to someone relatively well known as well as the people that help to make him who he is today.  Today's book of choice is.... 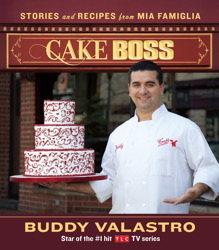 This is the story of one man's journey to achieve a better life for his family...but it actually began generations before the man you know today.  Buddy Valastro is the face of the TLC show, Cake Boss, and although he is the "Cake Boss" of this generation, he was not the first per se; that honor and title goes to his father, Bartolo.  Picture it...Sicily 1939 (sorry for the Golden Girls flashback style, just couldn't resist).  Antonio Valastro, is a man on a mission.  He seeks to go to America and one day bring his wife and children to the land of opportunity.  He leaves them with hearts full of love and hope...only to deliver utter disappointment.  Eventually through the years, his daughters appeals to his kinder side brought the invitation they were originally promised and America was to be their new home...but a home is only made by the love that inhabits it and after the tearful trails of dishonesty and lies, Grace (their mother) could not bear the site of Antonio any longer.  The family was broken beyond repair.  Taking her children with her, they embarked on new lives of their own in the land of the free. 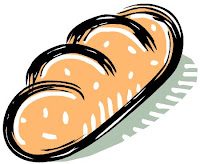 Two things remained with this newly formed family from their turbulent past.  First, young Bartolo's name change.  In order to make things easier for him in the states, his name was changed from the rolling Italian sounds of its origins to simply "Buddy"...but it mattered not as he lived up to that name rather easily with his helpful nature and pleasant demeanor.  The second thing is something a bit more genetic in nature.  You see Antonio did have a talent for which he was rather well known...baking bread.  There is a certain touch, finesse that one's hands must have in order to create bread or any other baked goods for that matter from scratch that transport the consuming party back to the old country on the wings of their taste buds.  As it seems, a lineage including Antonio, granted Buddy the hands of his father, a wonder that he'd put to much use in his coming years.

Years pass and times change.  Buddy gets married, starts a family all his own, all the while working in Carlo's Bakery gaining the experience to go along with his gift.  One day his son, Bartolo Valastro Jr,  gets into a bit of mischief, and lands himself in need of some discipline.  What better way to show him the value of using time wisely than to put his hands to good use?  And so Buddy (Jr) is introduced to the bakery.  It was not a foreign land to him by any means but it is the first time he is getting a more behind the scenes look at the inner workings.  One day he sees a cake being turned into a true work of art and it hits him...he wants to be a baker.  To be able to achieve results like those he had witnessed was some time in the making; thanks to his lineage...he too had inherited his father's hands and was a rather quick study.  Under his father's tutelage, the foundation was laid to one day have the Valastro name known nationwide.  Unfortunately, it was not in his father's time, but the dream was as strong as the family that created it and continued on to create the famiglia (and business) we know today.


When you have a book that combines the inner workings of an Italian-American family PLUS mouth watering recipes, how could you not have a winning combo? Okay, perhaps I'm a bit prejudice in this case as I hail from similar bloodlines, though no one in my family is/was a baker, Mom is an AWESOME cook) and so I kept seeing myself or other family members in the stories shared. More than once I would catch myself thinking...I've heard THAT before, or been there, said that....it was like a trip down memory lane just with another family.  What really makes this book a wonderful to read AND share is the human connection that Buddy creates like so many biscotti; it draws you in with its crunchy texture and keeps you there til the last crumb has been savored.  (Anyone else hungry now?) 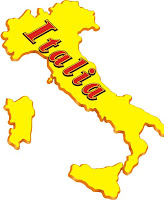 You are invited into his world to witness everything from his not exactly stellar beginnings (hey, he was a bit of a trouble maker in his youth...but if anyone ever needed defending, he was right there at their side) to his star studded current status (had anyone NOT at least heard of the "Cake Boss"?).  Every heartache, false step, and triumph that he and and family met along the way is shared openly as you learn the secret to both their personal and professional success (let me tell you this, it's not money either but something far more valuable). Meet his family. Meet his extended family. Meet his extended extended family...not necessarily related by blood or marriage either (typical Italian nature...trust me, I know thanks to Mom); by book's end, you'll be counted as one of the many in their ever expanding circle...and be glad to have made the acquaintance.

Recommended reading for all ages as there is a something to be taken away from this book for one and all. For the little ones, the truth in the saying, "you can achieve whatever you put your mind to" echoes clearly from every page; for teens, the value and honesty in a days work and the importance of family. For adults, all of the above and more...plus if you are the least bit adept at cooking, the chance to try out a few of the recipes that made Carlo's famous is right in your grasp. I know I'll be trying out a few of them very soon...now how to decide which one!

Review copy courtesy of Caitlin at Free Press (an imprint of Simon & Schuster).  For more information on this title or to peruse to their full catalog, visit them online or follow along on Twitter.  Now let us get to the creme de la creme, the whole canolli, the icing on the cake....it's time for a contest courtesy of Free Press!  Here's all the cream filling...I mean details...you need to know....

How to enter...
Fill out THIS FORM.

*BONUS ENTRY*
(Though there will be a few others listed on the entry form, this extra tasty one I simply HAD to share now...)
Everyone loves a good pastry.  Whether it be for dessert, a snack, or a special occasion, there's something special that tops each of our lists of favorites.  The holidays...well, they bring them out in full force!
For your bonus entry, it's time to make everyone hungry and tell us...
...what's YOUR favorite baked good?
Be it a certain type of cake, cookie, pie, etc...all is fair game.
Who knows, you may even provide some inspiration for someone elses next baking endeavor!

The rules...
*Open to US/Canada mailing addresses only!  No P. O. Boxes please.
* Entries will be accepted from Thursday, December 16th, 2010 through Thursday, December 30th, 2010 at midnight CST.  The entries will be tallied and entered into the random.org randomizer, after which a random number will be picked by their number generator.  (This way all the entries are mixed up nicely.)
* All entries must be submitted using the form accessible through this post.  You MUST include your email address in order to be counted as well as contacted should you be chosen as the winner!
*The winner will be announced and contacted via email by Monday, January 3rd, 2011 and will have 48 hours to respond with their mailing address.  Should they fail to respond in the given time frame, a new winner will be chosen.  If you choose to include your full name and mailing address in your contest entry, no worries....the time frame issue is erased.
*The winner's name and address will be forwarded to Caitlin at Free Press for prize send out only and then discarded. 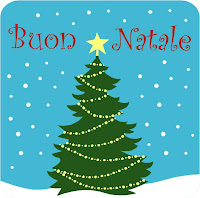 My favorite baked holiday treat is these almond biscotti my mother-in-law makes every year. They're to die for.
Here is my tweet; http://twitter.com/#!/fredalicious/status/15462902651686912
Thanks for hosting, I love this show and all its goodies they make!

I have a cupcake obsession right now. The best have been a tie between Snickerdoodle cupcakes and Chocolate cupcake with peanute butter filling and frosting. Yum.

Any time of year, my favorite baked goodie is Congo Bars, a brown sugar, chocolate chip, and walnut cookie that is Heaven on Earth! Thanks for the contest.

This guy is super impressive :)

Freshly baked bread oozing with butter must be my favourite baked good - there is nothing quite like it.

Wow you guys...you are seriously making me hungry!

Oh! That's a tough one! If you're talking strictly pastry, my mom makes this cheese danish "log" from scratch with filo dough. It's delicious! Outside of that, also her Spritz cookies are to die for, love them!

Okay, now I'm hungry with no available mom near by. lol

You are too cute with your segways into book reviews! The concert sounds fabulous! This sounds like a great story as well. Who would have known he would have had such an incredible family history. What a story! Thank you for the fabulous review and the now intensified food cravings! ;o)

I love fudge brownies with chocolate frosting and walnuts. Thanks for the great giveaway :)