Why hello there!
How goes it in your part of the world?

My world just got a WHOLE lot brighter with the finding of my missing jump drive.  Yeah, I was sweating bullets there for a while...but now, I'm simply ecstatic to have it back. *big cheesey grin*  Anywho...

Hopefully the week is treating you right and the holiday spirit is making its way through the masses.  Finally caught up on last week's episode of Glee yesterday, and I must say...it was good!  Okay, so that's not a big surprise as they pretty much all rock (well, almost all), but this one definitely gives a boost to the internal holiday cheer meter.  Seriously!  They went all out with the songs, the story, the decorations...if you haven't watched it, might I suggest adding it to your to-do list very soon.

In the spirit of the season, you've seen and will see several more contests than usual here on the site.  Feel free to enter one, some, or all (notice I left out "none" because really, who couldn't use a few more GREAT books?).  All the links you need are in the RIGHT hand side bar under "Current Contests"...and for a few more around the blogosphere, check out the LEFT side bar. 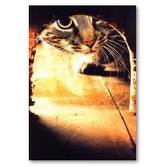 Did you have a look?
Here's hoping since I'd hate for you to miss your chance to enter.
Anywho...on to the subject of today's post.
It's a combination review and winner announcement for a rather interesting title to say the least.  Ready to get on with the show?  Here goes!  Today's book of choice is.... 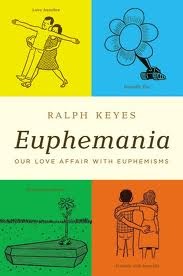 Euphemania:
Our Love Affair with Euphemisms
by
Ralph Keyes

First things first...what IS a euphemism?  What...you didn't think that I'd just assume everyone knows what that word means, did you?  Pffft!  No way.  It's one of those oddball words that's fun to say, hard to spell, and used in conversation rather often but not directly.  (Confused?  You'll see...)  A 'euphemism' is... "the act or an example of substituting a mild, indirect, or vague term for one considered harsh, blunt, or offensive"...by way of The Free Dictionary online definition.  In short, it's a nice way of saying something that could otherwise be seen as offensive to the general public.  We humans have taken this to a whole other level as we try to be "politically correct" about anything and everything so as not to offend anyone (I say "we humans" because I doubt the animal world takes this sort of detour in their communications....just sayin').  It's rather trying at times, wouldn't you say?  I mean sure, much of it as been ingrained in us since childhood becoming second nature to some degree but haven't you ever just wanted to say something straight out in lieu of beating around the bush?  (Oh look, there's an idiom right now...basically a cousin to the euphemism.)

In my opinion, this is one of those books that is best taken in small doses.  It's not to say that it was not an interesting read....it was.  It satisfies the inner etymologist in each of us as you uncover how words and phrases have changed in both structure and meaning over time....some for the best and others still to be determined.  Really, some of the niceties that have been invented in order for some things to be spoken of in polite company are astounding!  Even some of these newly invented means of conveying the naughty fall victim to the stigma the original word carried.  Not sure what I mean?  Example time! 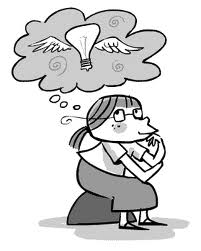 Let's see...this choice was actually harder than I thought it might be.  How so?  Well, euphemisms are as we said a nice way of putting into words those less than comfortable situations and conversations and as such the unending parade of commonly heard examples are shall we say more than I wish to put into words right here.  From a tad risque to OMG-you-did-not-just-say-that, there is not shortage to those with shock value.  However, back to my original point....an example.  Let's take a part of the body...no no no, remember we are in "clean" territory with this example....the stomach.  Once upon a time, it was in fact obscene to call this place of digestion by its name, hence it was referred to as the "belly", "rotundity", "paunch", "tummy", or simply the "midriff".  Yes, even this simple area of the body was cause for controversy and alarm over what it should be called so imagine the range of words used for others "things that shall remain nameless"...

In summary, a book for scholars and non scholars alike for you see there is a wealth of information as well as fun to be had within the pages of this particular book.  Don't believe me?  Are you calling me "truthfully challenged"?  "Misleading" even?  Why I am fully put off by that gregarious assumption...and by my own over use of euphemisms in those last few sentences.  (LOL)

ARC for review received courtesy of Hachette Book Group.  (THANKS!)  To find out more about this title as well as their full catalog, visit them online or follow along on Twitter!  As this book just hit shelves yesterday (a very happy book birthday to the author), feel free to run out and grab a copy to peruse at your leisure....very curious to see what your favorites euphemisms end up being.

But wait!  What's this?  I do believe a contest ended just yesterday for this very title!  *checks blog*  Yep, that's right!  That means there's a winner to be announced...wait, scratch that...THREE winners to be announced!  Here we go!  The winning names are....

*and the crowd erupts with enthusiastic cheers*
Congratulations!  You've each won a copy of Euphemania by Ralph Keyes...courtesy of Hachette Book Group!

Since the winners opted to include their mailing information, there won't be a need for me to vaguely promise to draw another name if I don't get a response from anyone....it's a done deal.  Special thanks to Hachette Book Group for the opportunity to host this giveaway for you, my readers.  (THANKS!)  For more information on this book as well as their full catalog, check out the website!
Didn't win?  Not to worry!  Take a chance on the TWO other contests currently running and stay tuned...there's still more to come!  You can't win if you don't enter...so what are you waiting for?

That is such a cute post! Congrats to the winners!

A bit like starting a conversation with the words "I don't mean to be ........" You always know that that person is then going to be whatever it is they are claiming they don't mean to be.

Thanks for the great review , Congrats to the winners!

Congrats to the winners!

This sounds like an interesting read, but maybe more of a (I hate to call it this, for lack of a better term) "bathroom book". Just one you read in small doses to get your daily fix of information? Sounds like a very thought provoking read. Great review!

*Thanks so much* SIFR and Hachette Book Group! I look forward to reading Euphemania :)