City in Shadow by Evan Marshall

Hi there!
Did you miss me? 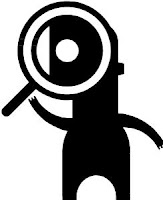 Aw..you're too sweet.
What?  You didn't answer?
That's okay.
My over active imagination answered for you. (hehe)
Anywho... 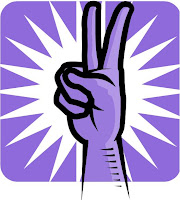 Coming at you with review number TWO for the day, as promised.  The first was a lesson in humor...a fun one too if I may say so; this one however takes things to another place altogether.  It's a darker world where things are not always what they seem as the mind plays tricks on the eyes and ears of the beholder.  Where is this shadowy land of trickery and dark deeds?  Manhattan (NY). 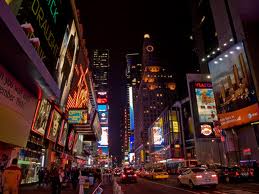 Surprised?
Oh come on...I bet you were guessing some made up world of fantasy and paranormal activity, am I right?  (It's okay, you can admit it, I won't tell anyone.  Still holding out?  Okay, okay...whether you admit it or not though, we know who's right here.)  While make believe is fine and dandy, dandy and fine (whoa...sorry bout that...watch the old Santa Claus:  The Movie last week and lapsed into a bit of Patch-esque speak there)...reality, even stories that could have a basis in reality should the author have been inclined, can be MUCH scarier at times.  Now that I've built you up, let's bring it back down a notch with the big reveal.  Today's second book of choice is.... 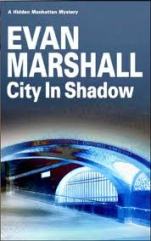 City in Shadow
A Hidden Manhattan Mystery
by
Evan Marshall

Nettie Clouchet, some what successful journalist and ghost blogger extraordinaire, is on to something...or at least she hopes that she is.  Having just moved into new digs to first, escape her ex Eddie who seems to have it out for her (yeah...there's more to that story to say the least) and second (and perhaps more important to her livelihood...or is it?), to follow the life and times of one Anna Winthrop.  Wait, who?  Let's take a stroll downstairs, shall we?

Meet her neighbor, Anna Winthrop; a woman of money (though she doesn't depend on it or show it off) and power, there is more than meets the eye to this character, but is it as sinister as her upstairs neighbor seems to think?    I don't know...something just doesn't seem to add up.  It could be the strange way Nettie always feels watched by her ex (a real master of disguise this one).  It could be the fact that these two woman seem to thoroughly enjoy sticking their noses into business that is simply not theirs.  Or it very well could be the strange note found on their front lawn after a van vacates the space with two simple words written on it...HELP ME.  (Yeah...I'm going with that one.)  Just who needs help and from what or whom?  So many questions, with so few answers; the game is afoot, but where it leads is beyond any inclinations you may have at this moment.  Trust me...things are going to get ugly.

Have you ever read a book that you just weren't enamored with from the start?  I mean, it was just...okay instead of screaming "LOOK AT ME! READ ME!"  Yeah, kinda happened here.  While I can't say I fell in love with it, I certainly fell into "like" with it along the way and just in time for the BIG finale. Why wasn't it love at first read?  Hmm, let's see; how to explain.  For me...it started off rather slow (I don't need a full throttle peal out but a little gas is helpful) with seemingly meaningless character introductions (why introduce them for any length of time if they are not even in supporting roles) and TOO many details.  HOWEVER, once the pieces started falling together there was no stopping it from snowballing into an interesting read all the same.

Seriously, you have wealthy female siblings living their lives the same as every other average Jane (one is even a sanitation worker), an upstairs neighbor who moonlights as a ghost blogger but has other writing aspirations not considered common knowledge to the public, two Ukrainian guys supposedly shopping for a desk for their den but really covering up a far more nefarious operation....see what I mean? LOADS of story line, but a common thread amongst them seems hard to find.....no worries, it IS in fact found and as I said, you'll follow it til the end, maybe not like a kitten to catnip but at least like that wanted ball of yarn. 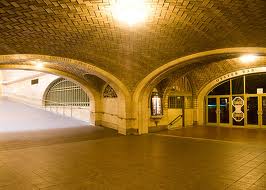 Recommended read for mystery or crime fiction adult fans due to the nature of the events that transpire.  That nefarious operation I mentioned earlier...yeah, it's not an underground baked goods selling operation.  Though the book doesn't go into drastic details, it's still enough to warrant the warning in my opinion.  Also, a bit of a tour guide in the places visited as they are real live locations in and around New York...such as The Whispering Gallery, a rather interesting area in the Grand Central Terminal (think in terms of acoustics).  It's quite a ride from start to finish with twists and turns to keep you guessing just what will happen next.  One of those books that no matter how you THINK it will end, it surprises you with the final one two punch.

Review copy courtesy of Julie at FSB Associates.  (THANKS!)  For more information on this book as well as their current projects, visit them online (1 or 2), or follow along on one (or more) of their Twitter feeds (1...2...3...4).