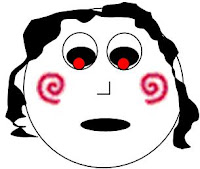 Hello.
I want to play a game. 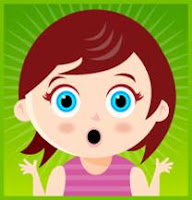 No, no, no...not THAT kind of game.
*shudders*
This one is still quite dramatic but with a severe lack of red tinged rivers.
Ready...set...go!
Today's book of choice is.... 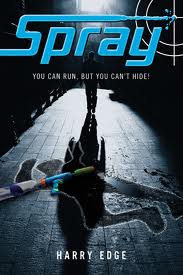 To run is futile. To hide, perhaps worth the effort. To win...the ultimate goal. It's a war zone out there but not quite in the way you might think. No bombs (well, not real ones). No guns (with bullets at least). No lives lost (in reality). Your objective: Seek out your opponent. Assassinate them. Make their target your own and repeat.  It doesn't stop til the last man OR woman is standing. Your weapon...a water gun. *pause for dramatic effect*

Yep...a water gun! This "war" is fought with water and moves from city to city as people from everyday life get the chance to play in this covert ops type affair. It's not dangerous in the sense of actual fatalities, but it can uncover truths and pasts you may have thought you out ran...not to mention the players are not always what they seem.  The one in charge is the Gamekeeper, the most mysterious of all for though they are in constant contact with the players, no one really knows just WHO they really are...not until books end at least.  (hehe)


This was actually a really fun read! I wasn't certain what to make of it at first, especially when the narrator continually jumps from player to player to player. In this case though...it really works and it kept the storyline in pace with the game being played; overall, I was pleasantly surprised.  How so?  Aw come on now, am I one to leave you in the dark?  Well, not that often at least.  You see, I'm rather partial to the "one voice" approach, as in one person narrates the story from start to finish.  For me, it makes the story less confusing (too many names and connections equals one insatiable reader with a pad full of notes to keep track of...and yes, I usually take a few notes anyway) and allows me the opportunity to get to know the main character more in depth.

The way this book was done though...you are introduced to each of the key players and each viewpoint is their own chapters.  Short and sweet sometimes merely a few paragraphs, but just enough to show you their progression without things getting jumbled.  Okay, so it's easier to read and understand than to explain later, but for me it worked...and that's saying something.  The other awesome aspect of this writing style is that as that game moves faster and faster towards the climatic finish, so does your reading.  You quite literally want to keep turning page after page as each player moves into the final phases and the ending....get ready for a surprise...or should I say MORE than one?

Now there is one more point (I know...I said that before, but really, just one more point) that the book works into the storyline that actually speaks to enviromental concerns of today....water waste.  I mean think about it.  So many odd players in so many off cities using goodness knows how much water to play a "silly game"?  Could add up to quite a lot of wasted water...which is actually addressed as the current cuty the game is taking place in is in the middle of a drought.  One player puts it in perspective rather well though, even if it's not exactly enviromentally sound...."Everyone needs to be a little childish sometimes..." (pg 205, ARC)

In my opinion, a great read for all ages. The storyline does have slightly deeper revelations for a few characters but overall it's a fast paced, fun and water filled time that you won't want to miss.  ARC for review courtesy of Ksenia at MacMillan Children's Publishing Group.  (THANKS!)  For more information on this title as well as their full catalog, check out their site or follow along on Twitter.  This book hit shelves a few short weeks ago, so be on the look out for it in a store near you.

So I guess the only question that remains is this...are you in or are you out?
*takes aim with super soaker*

I love your pics you use. It adds to your storytelling posts!! I am a fan of one voice as well though I have read many a novel that have had different voices and perspectives and they were done really well. Jodi Picoult is an author that has done that well, though a few of her later ones were quite involved with all of the characters!

Michelle: Aw, thanks Michelle! that's exactly what I try to do. As for the multiple points of view....for me, it's sort of hit and miss. I've read some that rocked and others that rolled...down hill. Havent read anything by that particular author though...may check it out. Thanks! ^_^

This sounds like a lot of fun! I think I had seen it somewhere else, but can't remember...maybe just here. ;o)

Love the idea of a fun "childish" read. And all the varying characters sounds so unique. Great review!