Hi guys!
How are you this fine fine day?
If you answered with an enthusiastic FANTASTIC...great!
If not, no worries...I'll try to brighten your day, after all, this IS Satisfaction for Insatiable Readers and what better way to turn your frown upside down than with a new book for your wish list?  Can't think of one can you.  Didn't think so.  ^_^  Now, let's indulge...

This being the second post of a somehow double booked day (don't ask me how, but yeah...it happens; no worries though, the more the merrier and the more FUN for all of YOU!), I wanted to bring you something exciting, something new, something bookish and yet...with a twist.  How so you might ask?  I'll tell you how, or rather show you because the star of the "different" pick of the day is coming at you via blog tour courtesy of Pump Up Your Book Promotions...RIGHT NOW!

That's right, another blog tour, but this time around we're featuring a Young Adult title filled to the brim with excitement, adventure, magic, and the simplest of quests that we all undertake at some point...to fit in.  Finding where we belong and what's REALLY important is a life long process, though if you're lucky you find bits and pieces of that equation early on.  In the case of our eleven year old lead Neil, he's on the right path...but the journey will still be a long one.  This is the first book in a planned trilogy that promises much more to come as we see from the "about" below... 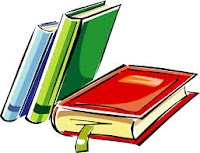 The day after a winter storm raged up and down the East Coast and rendered the village of Albatross all but inaccessible, Neil Abbott was found freezing in the woods just outside the village, his jacket draped over a nearby bush. He was seventeen years old. There were those who said that, encouraged by the tragic events of the previous year, and in particular the previous week of his life, Neil had finally succumbed to the madness his unusual behaviour had been foretelling since he was a child. They were wrong.

He was saving the world.

To understand how, one needs to understand each of the three transformational experiences that defined Neil’s life.

Curious?
I thought you might be.
Let's take a closer look at book 1.... 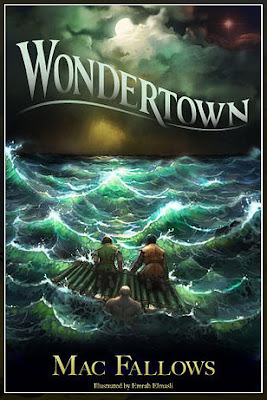 Wondertown is a full-length fantasy novel from Mac Fallows that includes twelve original songs—each one an extension of the story sung by the characters themselves- and seventeen illustrations from acclaimed illustrator, Emrah Elmasli.
The story centers around Neil Abbott, an undersized, introverted eleven-year old boy with the ability to tell about people by touching their possessions. He doesn’t fit in either at home or at school and rarely speaks to anyone, with the exception of his grandmother, who has a secret talent of her own.
One day, after a particularly difficult week, Neil asks his grandmother if she thinks he’s normal, and she responds by telling him the remarkable story of an unlikely hero, who long ago crossed the five parts of the world to free his only friend from a demon lord.
Filled with hidden meaning and at times mirroring Neil’s life, Wondertown is an unforgettable journey to a place inside each of us few of us dare to go.

See?
TOLD YOU it sounded cool.
Now, about that "thing" that made it different or stand out from the rest...it's not purely the story nor the writing per se (though I have not read the work myself at present) but the fact that it's a MUSICAL story and I'm not talking Annie or Oklahoma here.  I mean that the story is interactive in a way that I've never experienced before and it's doubtful that most of you have either for the songs are extensions of the story itself, sung by the characters, highlighting different pieces of the adventure as it unfolds. 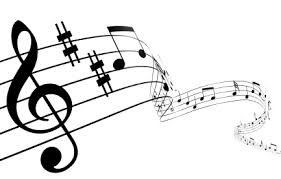 How's THAT for different?
I mean I've heard the voices of literary characters in my head before during a read but never have they LITERALLY spoken (or sung) to me before.  Pretty nifty if I do say so myself and definitely something I'll be checking out in the future...
*adds to wish list*

Now, how would you like to learn a bit more about how the story came to be?  Well, you're in luck!  Thanks to Pump Up Your Book Promotions, I was given the option of something MORE than simply a spotlight (though those ARE pretty darn cool!) and lucked out with this awesome Guest Post from the author himself.  Ready...set...read!

The Story Behind Wondertown
By Mac Follows

Reclusive writer and composer Mac Fallows first began pitching the idea of a musical book for teens and adults to music and book publishers in the late eighties. But without the technology to support his vision, he didn’t get far.
So instead, he set out to travel the world in search of new challenges . . . and stories. He went on to write and produce over 100 songs in a dozen languages in places including Dakar, Mumbai, Prague, and Santiago for singers including Youssou N’dour, Shankar Mahadevan, Pape and Cheikh, and Kavita Krishnamoorthy.
Along the way he lived with taxi drivers and their families, camped in farmers’ fields, butchered bulls, sold tea, raised chickens, translated travel contracts, worked as a session musician, a construction worker, a teacher, and toured the biggest festivals in Europe as a member of one of Africa’s most celebrated bands.
Wondertown is the first true musical story he's published. It includes a full-length fantasy novel, 12 related songs and 17 illustrations.

Special thanks to Dorothy and the whole crew over at Pump Up Your Book Promotions for the chance to bring this unique title and multi-stop tour to you.  (THANKS!)  For more information on this tour as well as those forth coming, be sure to stop by their site, add them on Google+, like them on Facebook or follow along on Twitter!  Oh and don't forget to check out Dorothy's blog as well for a look at the world from the publicist's desk!

Sounds good though I'll have to be convinced about the inclusion of those songs, original or not.

Oh I adore the cover! I think the song aspect sounds cool too :).

The book sounds interesting but what really caught me was the story behind the story. How wonderful! Will Mac Follows be writing more about his experiences? He conjures up the feeling of Europe very well and I felt invested in his story of a man carrying his dreams in his backpack.

This is my first time hearing of this one. I am not sure that I have ever read a book with a musical element like the one you described! Interesting for sure.
~Jess

Oh, now this sounds really neat. Thanks for sharing it.