Hi there!
Welcome back to the site that aims to please the reader in you every, and we mean EVERY, day of the week....Satisfaction for Insatiable Readers!  How so?  Well, whether there is new content or not on any given day, bookish fun abounds on the site.  From contests (a few of which are running right now, check the right hand side bar!) to tours, interviews to reviews, even the Roving Reader has got your back.  So sit back, relax and get ready to digest my latest reading adventure...

Today, we're playing host to a stop on a Tribute Book Reviews blog tour featuring a curious Young Adult book, the first in a planned series in fact, that places time travel front and center...only not in the ways you might thing, with a few nifty tricks and quite a few surprising restrictions that make for some rather interesting times.  Ready to jump to my past but your potential future?  Here we go!  Today's blog tour guest and book of choice is... 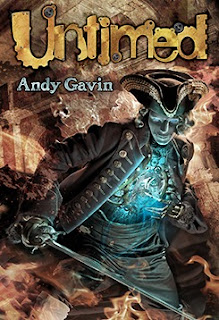 Charlie’s the kind of boy that no one notices. Hell, even his own mother can’t remember his name. And girls? The invisible man gets more dates.
As if that weren’t enough, when a mysterious clockwork man tries to kill him in modern day Philadelphia, and they tumble through a hole into 1725 London, Charlie realizes even the laws of time don’t take him seriously.
Still, this isn’t all bad. In fact, there’s this girl, another time traveler, who not only remembers his name, but might even like him! Unfortunately, Yvaine carries more than her share of baggage: like a baby boy and at least two ex-boyfriends! One’s famous, the other’s murderous, and Charlie doesn’t know who is the bigger problem.
When one kills the other — and the other is nineteen year-old Ben Franklin — things get really crazy. Can their relationship survive? Can the future? Charlie and Yvaine are time travelers, they can fix this — theoretically — but the rules are complicated and the stakes are history as we know it. And there's one more wrinkle: he can only travel into the past, and she can only travel into the future!


See?  What'd I tell you.  Time travel with MANY a twist.
The basic breakdown is this...young lad, son of a time traveler and a norm reaches his "prime", follows a Tick Tock back to yesteryear, falls in love, and makes a mess of both the past and the future while discovering who he really is both by blood and by heart.  How's that?  Oh, but wait...there's still so much more!

First off, the restrictions.  Girls can go forward (to the future!) while boys can go back (to the past...) and never the two shall switch...but they can travel in opposite directions TOGETHER.  Sort of like a companion fare on a flight; one can come along, but only ONE and they must be a traveler as well...which is definitely a point to remember as events unfold.  Two...there's a cool down period between when they can travel and when they need to build up their magical-type mojo to time jump again.  It varies from person to person, and if I'm not mistaken might proof to change with time (Ha!  Time...) and experience.  Third, skillful jumping has nothing to do with age (as shown by Aunt Sophie and on the other end of the spectrum, Yvaine); fourth, you can't actually kill anyone...even if you want to; fifth, no one will remember your name and it's nothing personal (some goes with photographs...you're akin to a vampire, well at least your face is)...BUT perhaps the biggest rule overall, do not change anything!  Influence, yes...change, no.  Too bad Charlie didn't know that before he followed a Tick Tock down a time travel rabbit hole...

Bet you're wondering what a Tick Tock is now, right?  Well...it's these mechanical beings out of the time sync just like out travelers, only more so.  They are steampunk-ish in nature, with minds (sorta) of their own, bent on remaking history in their image, or rather the FUTURE in their image and if Charlie and company can't get things sorted out, they just might succeed.  Clockwork devices, mechanical marvels and curious dressing sound like your cup of tea?  Ha...think again, while you still can that is.  It's amazing the way the ripple affects become SO huge as they traverse time.  Something as small as the creation of a door where there formerly was none, might save a life this time around versus its non-existence dooming a life previously, can set in motion changes you never dreamed of.  While we're on the subject of characters, let's talk good guys and girls...

Charlie is our leading man though his newest travel mate Yvaine equally steals the show.  He doesn't know about his abilities except what he's learning on the fly, she knows about her own but lives in the distant past...where he just landed.  Good thing too because he not only needs the company but he needs to guidance...something his father should have supplied but alas waiting a day and a drop in from "the police" (the quotes are because if they were the police than I'm a typing hedgehog...which might not be so bad because they are really cute) to long and his chance to explain things as they should be is gone like so much sand in the hourglass.  Not to worry, for it's not the last time we'll see dear old Dad, though in his present form it will be...at least he retains some semblance of himself which is FAR greater than I can say for Charlie's mother!  Poor dear.  *sigh*  Then we have Aunt Sophie, a real spitfire whose definitely not ready to give up on getting back to a future where man may not God but he IS pretty much top dog.  So many people to mention, so little space to type (well not really, but if I reveal them all, you'll be deprived of your chance to form impressions from their surprise arrivals...I'd never wish to keep that chance from you)!  Suffice it to say that the cast is a smidge on the large size (what do you want, it takes place over multiple time periods!) but memorable to the end...(oh wait, so since I remembered their names, does that mean I'M a traveler too?  *o*)

So, let's talk summary.  Time travel?  Check...just not in the traditional sense, if there really IS a traditional sense for this particular category.  There's also this nifty write in where when they time jump their clothes, accents, money, everything changes to fit them into the period to which they've landed.  (Personal favorite? The "I-was-a-new-iPhone-but-now-I'm-a-notepad-and-paper" transformation...love it!) History as it is and in the making?  Check...with pretty scary and dire consequences if things aren't put back together again ala Humpty Dumpty.  Characters you care to see through to the end?  Check..that's affirmative on all counts; even the bad guys because really, you HAVE to know what happens to them or they come back like Mikey Myers all those times!  Family?  Check...even if time is threatening to unravel it to oblivion.  Love interests?  Check...there is a mix too with different levels of affection however this is also where my one gripe comes into play. 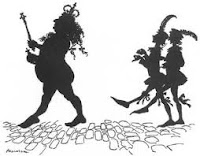 Over time, there was a bit TOO much focus on the young ones blossoming love (and lust) affair with a few too many rolls in the hay (be they real, imagined, or actively daydreamed of) if you catch my drift.  Became a bit of a sticky point for me as it was beginning to impede the progression of the story, even if it did provide for several laughs (um, imagine an ambush in the middle of a potential tryst and having to fight and flee in your birthday suit...and yes, we're talking 'Emperor's New Clothes' style here), but given a few more paragraphs leniency and we were back on track and running for our lives. So if you're like me and you enjoy SOME of that in your reads but not SO much of that, trust me...the show will go on and the read is well worth the extra words read.  Recommended for teens through adults for all the reasons mentioned.  It was an exciting read that really kept you glued to the pages, even as history turned itself on its ear!  Can't wait to see what's in store for our young friends in book two....

His first book, The Darkening Dream, has been well-received by fans and critics alike. Publisher’s Weekly called it “gorgeously creepy, strangely humorous, and sincerely terrifying.” Untimed is an even more ambitious follow-up. It is a lavish production with a cover by acclaimed fantasy artist Cliff Nielsen and twenty-one full page interior illustrations by Dave Phillips.

So, what'd you think?
Sound good?
Ready to rush out and buy it?
Understandably...but in the mean time, I've got another way for you to snag a copy to call your own...and then some. 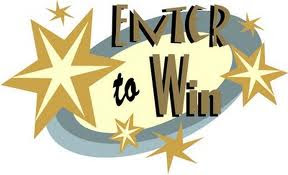 That's right!  You're in luck!
There's a special contest going on RIGHT NOW that gives you a chance to win...well, SEVERAL things; all of which are awesome, most of which are SIGNED!  Just enter via the Rafflecopter form below and BAM, instant potential winner title in your future.  ^_^  It runs through the end of the month, so don't delay and be sure to spread the word!

Review copy, tour stop and giveaway courtesy of Nicole at Tribute Books.  (THANKS!)  For more information on where this tour has been and is going to, be sure to visit the official tour blog (sorta like your own brass-like page of nifty info similar to the ones that...oh, wait; you don't know about those yet...*-*).  To discover more about the author, feel free to click through the links embedded above.  To discover all there is to know, for now, about the great books associated with AND folks known as Tribute Books, be sure to stop by their site, like their Facebook page, or follow along on Twitter.  This book is available now so be on the look out for it on a store shelf near you.  Need a few links to get you started online?  Check it out over on Amazon in paper and ebook editions, or stop by the author's site for a listing of other retailers.

Gina, thanks for the wonderful, in depth review of Andy's book. Glad you enjoyed his time travel adventure :)

P.S. You had me cracking up at the hedgehog analogy. How cute is that pic? :)

Loving the cover, so haunting. Not generally a fan of the whole time travel thing but by the sound of it I could well make an exception for this.

I have to say that cover drew my eye first. And I love the sounds of this one too. :) Thank you!

This sounds like a very unique book. I love time traveling stories and I love how each author makes up their own rules, you never experience the same thing.