Hi guys!
Welcome back to the place to be when you're bookish, you know it, and you can't WAIT to show it; let loose, we won't judge.  ^_^

Today, we're tackling an author (metaphorically speaking) whose name is well known throughout the reading community for any number of her works, and believe me, she's prolific to say the least!  She's penned over SIXTY works and as it seems, she's not run short of ideas yet.  Seems funny that I've never sampled her work until now though even I recognize her name at first glance.  How was my first experience with her work?  Wouldn't you like to know.  Well, if you really WOULD, read on my friend, read on...because we're about to explore her latest release via Simon and Schuster and the start of a new series.  So rabid fans, get ready; newbies, put your listening ears (and reading eyes) on!  Today's book of choice is.... 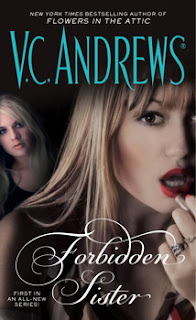 
"I had every reason to hate her, my forbidden sister. She was like someone who had died but wouldn’t stay buried. . . ."

Emmie Wilcox was only six when her older sister, Roxy, was thrown out of their New York City apartment. Their stern father’s military-style rules left no room for rebellion, and Roxy was as defiant as Emmie—now an outstanding student at a private school—is compliant: a perfect daughter, un fille parfaite, as her Parisian-born mother lovingly calls her. Two sisters, total opposites—yet Emmie is secretly obsessed with the mystery surrounding Roxy: What had she done? Where is she now? And is there a hidden side to Emmie that resembles Roxy’s spiteful nature? Knowing only that Roxy is a highly paid escort to the city’s wealthiest men, Emmie goes behind her father’s back to track down the sister she fears, despises, and inexplicably clings to . . . and whose influence might run deeper than Emmie ever imagined.


Imagine.  Knowing you have a sister, somewhere out there, but you're never able to talk to her, mention her, or know her in any way...all for a parent's fear that you'll turn out just...like...her.  Quite a bitter pill to swallow and rather high expectations to live up to without any reason to warrant the extra scrutiny.

Emmie is a model child.  Beautiful but in that "not knowing" way.  Smart.  Talented.  Friendly though not exactly popular.  She's got a best friend she can tell the world to (of which she'll regret later), grades that'll get her to the college of her choice, and parents that adore her ...each in their own way.  What more could she ask for?  Only what every other teen or person for that matter desires to know at some point in their lives...to know themselves.  Sound easy?  For some, it is...for most though, it's a journey and involves some digging both into one's own heart and soul and into those that surround us.  For Emmie, the constant comparisons have left its mark and in order to find her true self, the "me" she aims to be, she needs to get to know the one forbidden to be mentioned above all else.  Roxy...her sister. 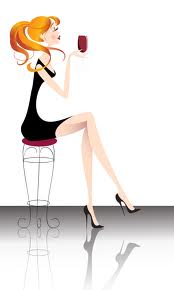 I can understand on some level why Emmie idolizes Roxy.  It's that "unknown" factor.  That "from afar" aspect in their relationship that let's her see the facade as apposed to the reality.  Sure, Roxy is beautiful, stylish, living in the lap of luxury with food to drool over, clothes to die for and a limo pretty much at her beck and call.  Sure sounds like the high life...except for all that she is lacking.  Beauty  and money do not buy love, at least not for more than a few hours...clothes do not make the person nor do furnishings or location make a home.  She has the dream on the outside, but on the inside (as we learn further along in the story), she's little more than a prisoner under the thumb of a warden far worse than her parents ever were.  Mrs. Brittany...don't let the name, or face fool you...she and Hades probably have tea together on Sunday's and the "wake up call" that she plans for the sisters is anything but just.  Moving forward...

Now that we've met the two leading ladies, though the latter doesn't particularly have a starring role until later in the text, we need to talk story line.  The hidden world of the "forbidden" one plays a huge part in the story as it taints everything good that comes their way either because of the magnitude of the secret or simply because they've let it poison their souls instead of giving forgiveness a chance.  Both are detrimental to providing a happy ending and yet both still exist here with that same hope and dream of "happy ever after" fading fast.  We learn in bits and pieces how things spiraled out of control, how personalities were so similar that no one was able to GIVE in order for the other to FORgive, and how despite our wish for it to be so, time marches on.  Emmie grew up and though she still wanted to please her parents, developed a mind of her own full of the curiosities of a young girl needing to find her way, but also needing the knowledge if not the influence, of her older sibling.  Roxy grew up too, though away from the eyes of her family, and found a way to carry on when the burden seemed too great.  Her lifestyle may be questionable, but she survived.  Even the parents "grew up" if you want to call it that...to me, they more or less shut down, at least a part of themselves, and understandably so seeing how things played out but there is something to be said for being the bigger person.  We see lives begin, change and end, in both the blink of an eye and over time giving us a glimpse at just how much a small alternation can forever mark our days for better or worse.  It certainly made the read interesting for this Andrews newbie.  There was however a bit of a sour note detected among the high life, for myself at least... 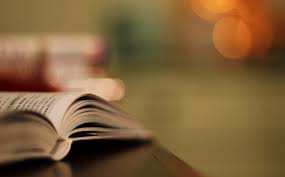 The down side...a bit too much focus on the sexual aspect of things.  Now I don't mean uber detailed for the most part, though Chastity has an ODD name for someone so single-mindedly focused on the comings, goings and in-between-the-sheets of others.  My word; someone get that girl a book that's NOT a romance/erotica, stat!  What I mean is SO much focus was put on WHAT Roxy DID not how she managed, even though she wasn't physically in the picture for most the story, that all the other things transpiring, such as the breakdown of a family, health issues, growing up, etc, were almost pushed beyond the peripheral edges of the story.  Perhaps that was the point, to show how a situation plays out to such horrible extremes sometimes that it overshadows everything and everyone else to the point of oblivion but even so, it hindered me for a good portion of the book.  It left me wondering a few times over just what the draw was to the author's writing; I mean it had to be SOMETHING for THAT many works to be released and to still be releasing, so I kept reading.

As the book moved along, we begin to see the other threads of the family's story gathered back up, sorted through and brought full circle (for the most part).  You actually care what happens to BOTH sisters.  You have a moment or two of sadness on behalf of and pity for the friends and so-called-friends that instigated themselves in Emmie's life.  You feel for the parents trying to do what's best while still presenting a strong front, even when it backfires and tears their hearts to pieces in the process.  What I discovered is the emotion the author instills into every little thing that happens...you just have to dig beneath the surface and let them come in their own time; in the end, it's what connects you to the characters, their lives and the people in them and truly shows the talent behind the work.

In conclusion, an interesting read that I'd recommend for older teens through adult readers due to some content and lifestyle choices.  It explores just what happens when pride gets the better of us, how family is more than simply blood but it's not a bad place to start, and that while you may always be able to go back home, it's best done sooner as opposed to later as one never knows just what life has in store for each of us.

Review copy received courtesy of Melissa at Simon and Schuster.  (THANKS!)  For more information on this title as well as their complete catalog, be sure to visit them online or check out their presence throughout the social media landscape on Facebook, Pinterest, Twitter and more.  This book was released in hardback (Gallery Books) and paperback (Pocket Books) simultaneously on February 26th, 2013 so there's an edition out there right now to satisfy the reader in you.  SPECIAL NOTE...be on the look out for book 2 in the series, Roxy's Story, scheduled to hit shelves this September! *adds to wish list*

Oh, now that does sound good. I've never read anything by this author. Thank you!

Sounded good up until the point you wrote 'too much focus on the sexual aspect of things'.

Petty Witter: Yes well as I said...it was on the sexUAL not the sex itself...but full disclosure and honesty are my mark. ^_^