An Uncommon Education by Elizabeth Percer

Hi guys!
Welcome back to Satisfaction for Insatiable Readers…the place that knows JUST what you wanna do right now.  JUST. WHAT. YOU. WANT. TO. DO.  *wink wink* 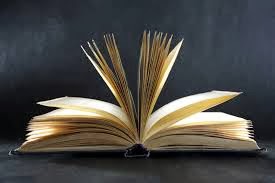 Today’s featured title is a blast from my reading past coming at you in the here and now.  How so?  Oh, you’ll see…I guiltily admit to everything as usual (which also helps me square myself with Santa for tonight), but it’s the thought that counts, right?  *looks pleadingly at readers*  Believe me fair readers, my intentions were only with you and yours in mind.  Today’s book of choice is… 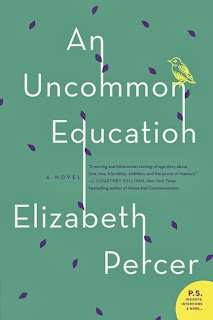 Afraid of losing her parents at a young age, Naomi Feinstein prepares single-mindedly for a prestigious future as a doctor.  But when her only friend and confident abruptly departs from her life, Naomi isn’t sure she will ever recover, even after a long-awaited acceptance letter Wellesley arrives.

Yet Naomi soon learns that college isn’t the bastion of solidarity and security she had imagined.  Amid hundreds of other young women, she is consumed by loneliness – until the day she sees a girl fall into the freezing waters of a lake.

The event marks Naomi’s introduction to Wellesley’s oldest honor society, the mysterious Shakespeare Society, defined by secret rituals and filled with unconventional, passionate students.  As Naomi immerses herself in this exciting and liberating world, her happiness is soon compromised by a scandal that brings devastating consequences.  Naomi has always tried to save the ones she loves, but sometimes saving others is a matter of saving yourself.

TRUTH:  I read this book a good time ago; it was still this year, but several months back.
TRUTH:  The review of said read was delayed by my own ponderings over the story…one thing led to another and it fell into the “need to review” stack with a light but noted thud.
TRUTH:  I DID in fact enjoy getting to know the characters, but the storyline lost me a time or two.

FINAL CONCLUSION:  I would have to say that the general gist of this story, or what I took away from it, is about finding ones own way in the world, ones own sense of self in spite of or perhaps in light of the positive and negative forces that influence our lives over the years.  Naomi’s story intertwines with both that of those in her present, like Teddy, Jun, and her father, but also those from the past, particularly the Kennedy’s daughter, Rosemary.  The “relationship” she forms with this historical-type figure through letters found from yesteryear as well as her days spent visiting those times in their former local homestead, allow her to forge bonds with the men in her life.  The secret society she uncovers at the university makes it possible for her to break the ice with the gals there, letting friendship even in its faintest forms form where none existed before.  Naomi’s dedication to becoming a doctor to not simply save the world but save her parents is heartwarming, though she finds over time, not as realistic as she might have hoped.

By book’s end, we’re all tied up like a package ready to be placed under the tree.  The story, the experiences are not always pretty…a matter of fact, sometimes they are PRETTY ugly, but they are realistic and the threads of mystery running throughout provide readers the chance to chase down an ending they might not have expected.  So whether you’re a fan of Shakespeare, a sap for “coming-of-age” tales, or merely a curious reader looking for your next weekend escape, this book may be right up your ally…in my opinion of course.

Review copy received courtesy of Liz at Harper Perennial.  (THANKS!)  For more information on this title as well as their full catalog, be sure to stop by their official site or follow along on Twitter.  To discover more about the woman behind the work, pay a visit to Elizabeth Percer’s site and read all about her.

Until next time...HAPPY HOLIDAYS...and happy reading!