Hi gang!
Welcome back to the safest place to be this Friday the 13th….Satisfaction for Insatiable Readers. 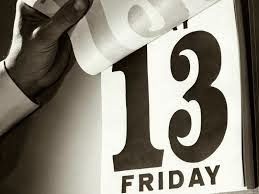 This is post TWO of the day as we’re also hosting a Guest Post via Entangled Publishing (be sure to click on over after reading through here if you haven’t already ^_^), but I couldn’t let this one wait another day…especially with the particular DATE that it is.  That’s right!  Whether you’re superstitious or not, Friday the 13th carries a certain heir to it.  It’s known to be creepy, expected to be spooky, and more often than not bad things (or unfortunate circumstances) befall folks this day that seemingly wouldn’t have happened any other day.  *blink blink* Okay, while I’m not so certain about that last part, you gotta admit, you tread more carefully when this day comes around.  Anywho…

Today marks another review for a title that came out a little earlier this year.  Yeah…it landed in the “I-read-it-but-hadn’t-a-chance-to-review-it” stack and so when this “special” day rolled around I was like…PERFECT FIT!  You like my train of thought there right?  ^_^  Thought so.  Anywho….newly released or released yesteryear, I do not play favorites.  If a book interests me, I’ll read it any time, any place, any day.  *nods*  With that said and done, allow me to introduce today’s long awaited book of choice… 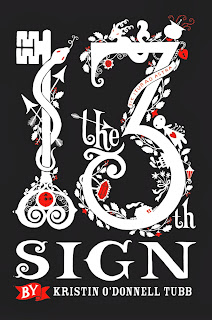 One small shift can change everything…and everyone.
What if there was a thirteenth zodiac sign?
You’re no longer Sagittarius, but Ophiuchus the healer, the thirteenth sign.
Your personality has changed.  So has your mom’s and your best friend’s.
What about the rest of the world?
What if you were the one who accidentally unlocked the thirteenth sign, causing this world-altering change – and infuriating the other twelve signs?
Jalen did it, and now she must use every ounce of her strength and cunning to send the signs back where they belong.  Lives, including her own, depend on it.

Now you see some of the “power” behind this read comes from how much weight you put into the whole zodiac thing.  If you’re a total skeptic, you might not get past the first few chapters.   If you’re a firm believer, you may be drawn right in to see just where the whole thing will lead and how accurately it’s portrayed.  If you are somewhere in between the two camps, well…you’re sharing my boat (~moves over, makes room~) and will curiously continue to turn page after page in anticipation of the big finale; no, we’re not promised one but it leads you to believe that’s where we’re heading. 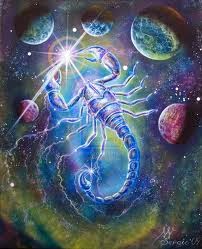 I myself do reflect some of the traits of my given sign, Scorpio...fiercely loyal, holds a grudge, independent, small circle of friends…but not ALL of them, and I bet if you give a looksie at your own sign’s qualifications, you’ll find a similar view.  Now, imagine for a moment if that all changed in a heart beat?  One second you’re you and they’re them and then POOF…your signs get all swapped around and suddenly the easy going water sign is burning with the passion of a fire sign and so on.  The new world order would make sense amongst themselves, but not to an outsider (or one who remembers how everyone was) looking in; sort of a cosmic Freaky Friday if you will.  Now imagine that in order to right the wrong committed, because admittedly you are apparently kin to the boy virgin who lit the black flame candle in Hocus Pocus and unwittingly or not, rearranged the whole kit and caboodle, you have to fight your way through ALL the original twelve zodiac signs to be deemed worthy of even trying to set things back the way they were.  Yep, a task and a half indeed especially with your usual support system out of commission…good thing Jalen doesn’t give up easy.

Story wise, I found the concept intriguing…after all, as I previously said, most people DO reflect their signs in some fashion; changing them instantly like that could create some pretty interesting chaos.  Character wise, it kept you on your toes with the introduction and goodbye party being held so closely together for many of those introduced.  Those playing the role of guardian for each sign were a tricky lot; I can certainly see how they got their “jobs”.  Some gave Jalen more trouble than others but again, that’s their job…well done!  It certainly made things interesting let me tell you.  That Taurus fighting scene…whoo!  It’ll put your heart in your throat.  When all is said and done though, they were good for the length of the tale but not necessarily a group I’d gather after book’s end.

In the end, I liked the personality swap up but found the fact that Jalen kept recognizing and commenting on the “would have” versus “wouldn’t have” done throughout the entire story, a bit unbelievable.  Did it hamper my overall enjoyment of the read?  Certainly not, but it did curb my enthusiasm towards it a wee smidge.  Recommended read for Young Adult lit fans of all ages.  As long as you’re prepared for the new age side of things, you’re in for a treat as the content is invigorating but clean through and through.  ARC courtesy of Feiwel and Friends, an imprint of MacMillan.  This title is available now so be on the look out for it on a bookstore shelf near you.