Hi guys!
Welcome back to Satisfaction for Insatiable Readers…the site that doesn’t shy away from holiday themed reads just because old Santy Claus’ BIG DAY has passed; the spirit of Christmas should remain with us the whole year through. 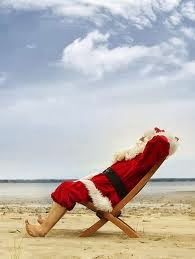 Today’s pick follows that train of thought to a “T”.  It’s a title I pledged to review this month, intended to hit before the holidays but alas with all the hustle and bustle, I fell a few days short.  No worries because as I mentioned, though this is the season of giving and jolly men in red, it’s something that we can aim to feel and share the other 364 days to come too.  What’s that?  Oh, you caught my jolly MEN in red bit, did you?  Good eye.  Yes, MEN as in plural…as in not simply ONE Santa Claus but an entire league working to bring joy to the world every day of the year and in more ways than simply giving the best toy of the season to a child demanding it.  Nope.  These guys and gals are of a richer cut.  Would you like to meet them?  Well, they’re dying to meet you!  Today’s book of choice is… 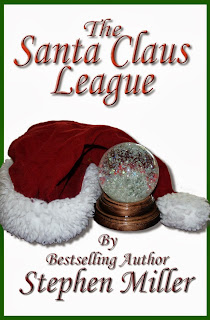 TWAS THE NIGHT BEFORE CHRISTMAS…
Julia Martin is the most incredible girl in school, and Mason Howell is hopelessly smitten by her.  Julia is in charge of the local Charity Christmas party and she’s pleased at how well everything is going…until her Santa Claus calls in sick.  In a panic, she begs Mason to help her by wearing his grandfather’s heirloom Santa Claus suit.  Mason agrees, to impress the beautiful girl, but things don’t go as planned…as soon as he puts on the suit, he gets all the powers of Santa Claus!

Together with John Patton, Mason’s best friend, they learn his grandfather was a member of an ancient league of men and women dedicated to helping St. Nicholas use Christmas magic to save the world.  The three of them could become the newest members of the Santa Claus League…if they can learn the secrets of Christmas magic!

This is not the author’s first venture into writing but it was MY first time reading his work.  I must say…I was rather impressed.  True, there were some areas that didn’t feel quite fleshed out enough and a couple of transitions that were a bit rough around the edges but the overall story, the overall idea and presentation….WELL DONE!  Despite the fact that many of us are still letting this season’s shine wear off (aka withdrawal from the crazy holiday overload), I found myself raring to go for another round of Christmas cheer.

The trio of friends we come to know and love, Mason, Julia and John, are an exceptional group.  They all have kind hearts, similar affection for the season, and a penchant for wanting to drop a group of unsavory characters in the ocean, but we won’t talk about that…just now anyway.  *ahem*  Anywho…the variety of lead characters allows readers the chance to connect with someone on a more personal level, and if none of our new inductees to the SCL suits you, there’s still Rudolph (who is decidedly not a four legged furry friend with a shining nose), Mr. Warner (a kindly older gent that’s known Mason his whole life…and more about him than he even knows), Mrs. Warner (a gentle spirit but with a strong heart to keep the likes of Mr. Warner in line and enjoy every step in this world as well as the other dimension…but her warning, so cryptic!), and several dozen more…including the original St. Nicholas!  But I digress, you’ll make their acquaintances along the way…let’s get back to that story. 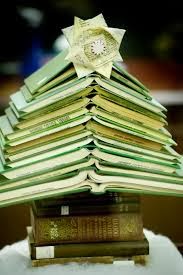 If you take A Christmas Carol, add in How the Grinch Stole Christmas and mix it with The Night Before Christmas, you have a pretty good recipe for what’s in store…though that first one REALLY comes into play in the next book (well, hopefully the next book…there will be a next book, right?  *blink blink*).  We have the miserable misers trying to ruin the holidays for one, for all, for all time…all because their former objections of their attention were rescued from their sinister clutches.  Serves them right.  Evil does no one any good.  Anywho…the only thing standing between them and mistletoe oblivion is the SCL (that’s Santa Claus League in case you didn’t catch that before).  Only problem is…the official SCL won’t be stepping in…they’re leaving it to the newbies.  Good luck!  No, really…they don’t need it.  I have complete faith in this trio to save the day as well as the season….just like St Nick.  A few supersonic travel expeditions, some touching of noses that results in visiting other dimensions and secondary time stops later and we have a formula for an entertaining read that will delight readers of multiple genres and generations.

In closing, a highly recommended read for all those looking to help spread the true magic of Christmas.  It may be hard to find at times, especially once December has come and gone, but it DOES still exist.  Help to nurture it even in it’s smallest most unnoticeable forms and make the world a better place one moment at a time.  Oh and of course by doing so, YOU become an honorary member of the SCL…and who wouldn’t want to be a part of that?!  Review copy received courtesy of Earle at V&E Enterprises.  (THANKS!)  For more information on this title as well as their full catalog, be sure to stop by their official site.

Sounds like a great Christmas read! And I love the idea of a Santa Claus League!