Hi there!
Welcome back to Satisfaction for Insatiable Readers…the place to be when you’re in the mood for a great read but you need a little push in the right direction.  No worries…ready and willing to help you out there.

Today, we’re stepping into the land of Fiction with a first time novelist you’re gonna want to know.  Why…you might ask.  I can answer that one for you.  You see, this being her first published novel and all, if you weren’t told, you’d never even know it.  The story is THAT good. The writing is THAT on par with those you’ve been reading the works of for some time.  The characters are THAT well put together.  The twists are THAT surprising and the ending….well, if you feel another THAT coming on, you’re tracking this intro just fine.  Ready to read all about the recent read that tantalized me til book’s end?  Your wish is my happily carried out command.  Today’s book of choice is… 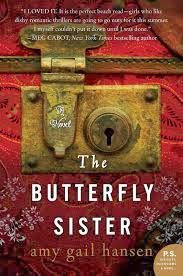 Ruby Rousseau is your average girl.  A star student striving to be at the head of her class throughout high school, she excelled in college making few friends but close relations with those that stuck…only to have the floor drop out on her a month away from graduation.  Hard hitting events to consider when anyone’s involved, let alone someone with such a bright future ahead of them and such dark events from their past catching up with their here-and-now.

You know, I started this review in the classic way…going over the basics, running the thoughts through my mind in order to come up with a synopsis that doesn’t reveal too much and yet tantalizes you all the same, and I even started to write it out, case in point above….but, it just didn’t feel right.  This is not a book to go over with a fine tooth comb…well, not in the usual sense anyway.  It welcomes discussion and further thought on topics one might not usually consider as well as some that you might not have thought to consider.  Some are controversial, others are philosophical but in the end it all adds up to a great read filled with emotional highs, lows, and in-betweens.  You have mystery, psychological journeys, secrets from one end of the spectrum to the next, and yet through it all…love.

For me, I loved getting to know Ruby.  She’s one of a kind with all her worries both internalized and played out.  I could really get behind her thoughts and analysis on many things, whether or not that makes you question MY sanity is entirely up to you considering the circumstances.  Her deviation into the concept of women needing a room of their own , especially writers, was curious and yet true.  I mean, think about it…even for a few minutes.  Don’t YOU ever feel that you need a space, a time, a place to call your own, to explore your creative side and just revel in all that is you or you might simply burst at the seams?  Oh come on now, you know if you’re honest, it’s true on some level.  Moving forward…

Ruby’s relationships are another fascinating fact to explore.  First have Heidi, her best friend from college, grumble grumble…punches him in the face through the pages*  All I can say is, ugh!  There.  No more time for him.  Moving away from the closer relationships…which despite her leaving only occurring a bit over a year ago, she’s lost touch with.  All ties were broken with her departure from Tarble (an all girls college), but most were not through mutual decisions, including this one right here.  Heidi was an easy girl to like, after all it’s not all abruptly cut off BFFs that will go that extra mile to reconnect and yet she pulled out all the stops without being overbearing.  Then there’s Mark, her professor…and then some.  I’m sorry, but I can see why she’s disarmed by him initially, I’d probably be too…until we get into his personal life.  *

We have our missing girl in action whose connection to Ruby was merely a loaned suitcase and its reappearance many months after it’s intended use was thwarted, all due to an unchanged luggage tag.  It’s a mystery that seems like fate, making her relive some very trying times and yet there is SO much more connecting the two of them than initially meets the eye.  Just keep your eyes peeled, your mind open and your heart in your hand because you’re going to need all three elements to sort through the deluge on its way.  Now, another less personal relationship, we must take into account Professor Barnard (ßmight’ve spelled that wrong…sorry!).  She comes into the story later on yet makes an impact nonetheless.  Her understanding and nurturing nature goes a long way in helping Ruby come to terms with all that has and will transpire, and with those obstacles removed, allowing her to become not the person she was meant to be necessarily…after all with THAT much going on in life, original outcomes are bound to be altered…but at the very least, freer version of herself; a fact you’ll be downright giddy about when you see it transpire.

Now there is a darker side to the book that deals with the furthest corners of the mind; those most hide or try to hide from society.  From that which is self-inflicted over the years to that doled out by direct influence, it’s just as hard hitting but the results can vary.  Take Ruby for example.  Her plight, her detour in her life plan occurred because of building stress, insecurities brought out by un-quenched suspicions and then finally confirmation of “the worst” case scenario playing out.  Her reaction was visceral, wanting to essentially cut the limb off before it decayed.  Only problem was for her, it wasn’t just the limb…it was the whole kit and caboodle.

What can one truly say?  Her heart felt defeated in all ways, unable to lift itself up to greet another day.  Had others but known, could THEY have stopped it from happening?  We’d like to think so and yet there’s no way to truly know.  The most we can offer in these situations is a helping hand, a ready shoulder and a watchful eye.  Talking, discussing and working through the emotions brought forward comes in its own time, but you must pass the “danger zone” first to get there.  Listen to me, talking like I’ve actually been through something of this magnitude on the “give-a-pause” schedule.  I haven’t personally, nor have I directly known someone who has but we all reach highs AND lows in our lives and when in those spaces, contemplation of the unusual happens.  One more thing on this topic…

It is discussed, debated, and felt through at some length, whom is to “blame” when an attempt (or worse) is made.  Some characters tended to blame the other parties involved, fully and solely.  I beg to differ…and happen to agree with Ruby’s final assessment.  I don’t believe the other party holds full responsibility.  Were they influential?  Certainly.  Did they force your hand?  Not in the literal sense, therefore in my head, the final decision is ultimately yours.  I’m not blaming anyone exactly, just placing responsibility into the hands of the actual holder.  What someone does with their life is ultimately up to them; I just hope that if it ever reaches that point for someone within my reach, they extend a hand in need or I am able to see the signs. 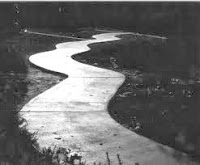 In conclusion, it’s a mystery…it’s a love story…it’s a coming of age tale told in reverse as the past catches up to her present and shapes her future in ways she never saw coming (though SOMEONE did…dun dun dunnn).  There are twists and turns along the way that will all add up upon the turn of the final page, providing a clarity and closure wholly satisfying.  My advice to you, pay attention to the details…and of course, READ THIS BOOK.  Whether you’re in it for the love, the friendship, the life in peril, or the mystery to unravel, there’s something for almost everyone and perhaps most important of all, you can count on a GREAT READ.  My apologies for the lengthier review….but some things just need to be said.

Review copy received courtesy of Andy at William Morrow, an imprint of HarperCollins.  (THANKS!)  For more information on this title as well as their full catalog, be sure to stop by their site.  To connect with the author, stop by her official site, friend her on Facebook, or follow along on Twitter.

Loving this carefully considered review. You are so right in that there is a narrow line to be drawn between drawing the reader in to the book you are reviewing without revealing too much.