The Junk Man by Erec Stebbins

Hi gang!
Welcome back to the site that likes to keep you on your toes in regards to where you’ll be whisked off to next …. Satisfaction for Insatiable Readers.

Today, we’ve got an interesting MG/YA lit title with a curious cover to match.  It comes to us from an author that uses writing as a creative outlet but actually calls the halls of Rockefeller University’s biomedical research department, home.  Believe it or not, his chosen field of work has nothing to do with the subject of the book we are featuring today, but it remains something to consider for your next read list nonetheless.  Ladies and gents, guys and gals, be allow me to introduce you to today’s book of choice… 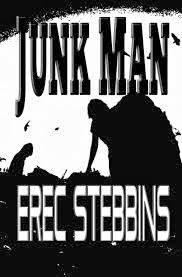 It comes to the Junk Man.
A young boy from the Trail moves to the city.
He is an outsider.  Ignorant.  Alone.
Until he finds the Junk Man.
Then, what was broken might be made new.

This one really left me in a quandary.  I pondered.  I thought.  I let the story rumble around over and over in my brain like a rock in a tumbler being turned from parking lot fragment toss away to a polished beauty.  Still, in the end…I could not pin it down to just one message or another; better still, could THAT have been the intended purpose?  Let’s discuss, shall we?

On your most basic level, you have the story of a young boy in new surroundings finding an unlikely friend and ally in a homeless gentleman living at the local dump.  While he might seem scary or off putting at first glance, if you get to know him, he’s an individual who may have hit hard times once upon a song and simply sees things differently.  Every item of refuse he comes across has an inane beauty to it for him as it shares the story of where it’s been and who it belonged to.  Were they really speaking to him?  No.  Was he that sensitive to the residual affects of life absorbed by these inanimate objects?  Perhaps.  Was he simply one egg short of a dozen roaming a hen house that only catered to foxes?  It IS likely…but I prefer to think the former.

When others find out about all the time Josh’s spending with this unknown soul, they become 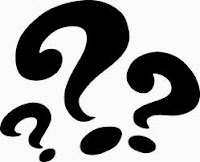 rightfully worried but unjustly defensive and soon go on the offense in a situation they know nothing about.  That’s what happens when one jumps the gun and reacts before having all the facts…or listening to a voice of reason that just so happens to belong to the youth involved.  Does this spell the end of the Junk Man?  Hardly, but it certainly puts a hold on his gardening and salvaging efforts.  However, despite the adults intent to erase this memorable character, his affect lives on in the changes seen within our young narrator…all for the better might I add.  Moving forward…

Below the surface story, as previously mentioned, are several different messages running about.  First, there’s the classic “don’t judge a book by its cover” or a person by their exterior…the Junk Man himself is a prime example of this.  He proves that despite the way someone looks or is initially perceived, there is often times much more to discover.  If you discount who they’ll be in your life from the start, you may be missing out.  Next we have a message of conservation and recycling or the more recent rage, upcycling…where you make something out of nothing, or rather out of discards.  The Junk Man, and in turn Josh from his tutelage, is able to see something that was merely a castaway, in a new light, thus repurposing the item for display or use.  In a phrase, “one man’s trash is another man’s treasure”.  Just because something is of no use to you anymore, does not mean it has reached the end of its usefulness entirely.  Let’s see, then we have the reminder to give everyone a chance, make peace not war, listen even to the smallest voice of reason, and…shall I continue?  A great many things were worked into this short work, but each one is a lesson worth learning.

In the end, it’s a novella aimed at the older kiddos, teens and beyond due to some content (could really have done without the “privates” story…though you know, I suppose things like that DO happen), there’s multiple messages to walk away with and appeal for both girl and boy readers.  Young lads can walk right in young Josh’s shoes throughout the journey, while young lasses can appreciate the overall time spent with the Junk Man and perhaps the unusual beauty of “the museum”. Of course, older readers will have other tangents to think on upon story’s end, including those elements mentioned earlier, but the one thing I can promise to all is that you won’t walk away untouched.  The dialect chosen to relay the tale makes it a tad harder to digest, but if you need a simple solution…just read it aloud.  It adds to the drama of the story and let’s you have a little accented fun.  Despite having to weed out the trash from the treasure, at its heart…it means well and encourages us to dig deeper than the surface level we’re presented; in my book, that makes it worth a look indeed.

Review copy courtesy of author Erec Stebbins.  (THANKS!)  For more information on this title as well as his other works and ventures, be sure to stop by his official site.  This story is available now so be on the lookout for it on a bookstore shelf near you, or online through your favorite retail outlet.

Intrigued by your comments, I'll keep a look out for this one.