GOOD DAY LADIES AND GENTS!
WELCOME TO TODAY’S EDITION OF SATISFACTION FOR INSATIABLE READERS….THE PLACE TO BE WHEN YOU’RE LOOKING FOR YOUR NEXT GREAT READ.

WHY AM I YELLING AT YOU?
(YOU KNOW, TYPING ALL IN CAPS?)
GOOD QUESTION…EASY ANSWER!
THE REASON IS THAT, ALTHOUGH YOU CAN’T HEAR IT, I’M ALSO SAYING ALL OF THIS INTRO IN A MILITARY-LIKE FASHION AS A WAY TO PREFACE TODAY’S FEATURED TITLE.  SOUND GOOD?  HOO-RA!  (^_^)
SINCE MY THROAT IS GETTING SORE FROM YELLING, LET’S CUT RIGHT TO THE CHASE.  GET READY TO SHINE THE FLOOD LIGHT ON TODAY’S FEATURED TITLE FOR BOTH GUYS AND GALS…. 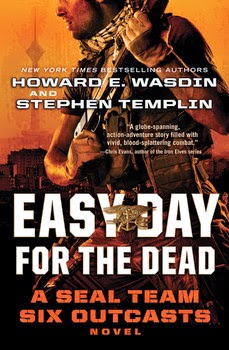 About the book…
They started as soldiers. They became elite warriors. Now they are The Outcasts: The heroes the world will never know. . . .

Alex Brandenburg: Smart, steady, and facing a cross­roads in his life and career. The SEAL Chief Petty Offi­cer is the Team Leader—leading his team into a living hell. . . .

John Landry: The quiet Cajun believes in God and fights like the devil. He’s making a high-altitude jump with a nuke strapped on his back.

Catherine “Cat” Fares: Fluent in Arabic. Fluent in femi­nism. Fluent in warfare . . . and stuck working with a bunch of savages. . . .

Francisco “Pancho” Rodriguez: Even if the world catches on fire, he figures it will just have to wait . . . until this laughing Mexican-American shows up to save the day.

Their Mission: Blow up a secret Iranian biological warfare site with a suitcase-sized nuke. The Catch: Getting out alive . . . then going back for more. . . .

Drawn from the elite SEAL Team Six, these men and women are working deep in a program called Bitter Ash: taking on the kind of missions that, if they were exposed, will always be denied. For these warriors, every op is the highest possible risk and any moment could be the last. So they deal with it. And then wait for the next call.

Now the call has them parachuting into a harsh des­ert on the border with Afghanistan, meeting a beautiful agent who will lead them to a top-secret Iranian site that must be totally destroyed. For Alex Brandenberg and his fellow SEALs, this mission is like most oth­ers: Nothing goes according to plan. And when they’re done, they’ve only just begun.

Going back into Iran for a second time brings Bran­denberg and his team face-to-face with a maniacal Revolutionary Guard officer who knows Alex’s identity and is hot on his trail. The SEALs must free a hostage in Lebanon. Then the fight takes them halfway around the world—in a frantic battle of courage and fighting skill that America cannot afford to lose. . . 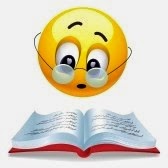 Yes!
This motley crew of a dream team is BACK and better than ever with a mission that is sure to knock your socks off.  Story wise, there’s action, adventure, clandestine meetings (both tactical and non *ahem*), and multiple surprising turns of events.   From a mission that just won’t seem to end to affairs of the heart that bring conflict to their little group, new friends you didn’t know you had, old faces that are anything but friendly, it’s frantic pace will grab your attention and sustain you through the final chapter (which, by the way, has a few SURPRISES in and of itself!).  Things get sketchy several times over and we lose several people along the way (possibly even TWO close to home and some in ways you wouldn’t wish on your worst enemies! *dun dun dunnnn*) but they only add to your desire to reach the end THAT much faster.

Character wise, we have the fab four….nuff said right?  Yes and no.  Alex is a fab leader (and not so hard on the eyes) and deep down a good guy (no really, he is!)…even if his mouth and his heart aren’t quite connected at all times (emotional expression…it’s a work in progress).  Cat is a strong female character (love it!) who’s not afraid to let her feelings while still providing cover for her fellow teammates.  Mild mannered…may not be the best way to describe her but she can pull off most any cover given so watch your back!  Speaking of keep an eye out, John is certainly the quietest member of the group but he packs quite a punch.  Did you read that part at the top about his airplane jumping with a nuke pack on his back?  Yep…totally happened (well, in the story anyway).   He’s a BAD-A** whether it’s apparent from the start or not….and yet, he also has a LARGE heart; probably one of the biggest on the team.  You’ll see it when the coast is clear.  Last but not least, helping to keep that coast clear is Pancho.  He’s a force to be reckoned with to say the least.  He believes in living life to its fullest, and stealth is not exactly his middle name.  Still, if you need a guy at your side to help mow the line, count him in every time.  We wouldn’t trade them for the world, but those we meet (and sometimes lose) along the way leave their marks as well…for better AND worse.

Let’s see, on the side of “good”, we’ve got Danny (a short lived acquaintance), Miguel (who knows how to bring the fire power), and then there’s Leila, their contact in Iran.  She ends up tagging along for the better part of the story REALLY getting both under their skins, beneath their collars and behind a few of their defenses.  Then there’s the darker side of the character list and those most memorable would be three heads of the operation; Major Khan, Lieutenant Saeedi (known as Pistachio) and General Tehrani.  Word to the wise, they are much more dangerous than your average Joe.  Much. So, don’t let your guard down completely…you never know what’ll happen.  *-*

All in all, another great read in a series that may not seem for all from the outside, but story wise, its got what it takes.  It’s definitely one of those I’d tell skeptical readers not to purely judge by its cover…or even by the slightly heavy handed descriptions of the gadgets, gizmos, and things-that-go-BOOM.  (Think about it guys, that was BOUND to happen….it was written by those in the know!)  If you do, you’ll be treated to a story that shows the characters red-white-and-blue for their country, themselves, and each other…with a surprising amount of both heart pulsing AND heart stopping moments.  Recommended read for adult readers due to limited risqué content but a definite proliferation of weaponry and violence.  We’re not talking serial killers here, but it IS a war type novel so use your head folks.  Trust me when I say though, the story itself shines through it all.

Review copy received courtesy of author Stephen Templin and the great folks at Gallery Books, an imprint of Simon & Schuster.  (THANKS!)  For more information on this title as well as the first release in the series (Seal Team Six Outcasts), be sure to stop by the publisher’s site.  To learn more about the minds behind the stories, seek thee out the author’s websites and Twitter feeds as linked in this post.  This title was released December 2013 in hardback and is scheduled for a paperback debut August 2014.  Do I suggest you wait until then?  Umm, that would be a definite NO but whatever fits your reading schedule and book collection so long as you check it out!