Hi guys!
Welcome back to Satisfaction for Insatiable Readers....the place to be when you're in the mood for some bookish fun and a random bookstore pickup simply won't do.  No worries, I'll get you there in style.

As I type this post at 2:30 in the morning, I can't help but wonder if my post will affect all of you, forcing additions to your Goodreads to-read list.  Just a thought.  Anywho, today, we're playing host to a blog tour for the second installment of a growing series that will have bookish folk talking round the world.  Ready to meet the featured title?  Here we go!  Today's blog tour guest and feature book of choice is....

The story only an insider could tell.
Publishing: An industry of out-of-control of egos, unrealistic expectations, and books with the shelf life of milk.
This is Kate’s world, but for how long?
When one of Kate Mitchell’s star authors is carted away in handcuffs, she thinks it’s only the beginning of her troubles. As her world crumbles around her, Kate desperately looks for anyone to hold onto but finds that happy endings are truly works of fiction. When her career and love affair hit their expiration date, Kate sets off on a new adventure….
Starting over in California is easy, but Kate soon learns that leaving her old life behind isn't. Nicholas Lavigne is eager to help her forget, but two things still own her heart, the dream of discovering the next great American novel, and MacDermott Ellis.
As Kate tries to rebuild her life she finds a surprising gift that reboots her career in a new and unexpected direction. Suddenly her name becomes synonymous with one of the biggest bestsellers publishing has seen in ages and she’s welcomed back with open arms. At the height of her success the ghosts of her past come back to remind her of the world she’d been trying to forget and the man who never let go of her heart. 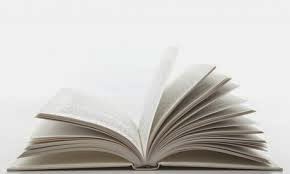 This being the author's sophomore title, many will say it will pale in comparison to the first release.  Of course, they say the exact opposite if the first book was a bomb, but that's neither here nor there considering book one was also amazing.  Yes, that's right!  I said ALSO.

Kate is back and better than ever.  She's got just as much if not more on her plate now yet she's got it covered....well as best she can.  Hey, there was NO WAY she could she some of the things coming that ARE in fact coming....nor could she prevent some of the hardships she'll have to overcome up ahead.  The best we can hope for is that our girl will pull through with a sunnier disposition to boot.  Well, the sunny part shouldn't be hard considering she has her own personal rays of sunshine....*ahem*.  Anywho, let's just say that Kate will fall in and out and in and out and maybe in love again with both fellas and the industry as the stor progresses, but it just adds that little something extra to keep your attention.  As for her potential love matches, we've got Mac and Nick.  Mac, she has a history with and a love both tumultuous and satisfying, but only just.  There's no denying his appeal but there are a few hang ups that should give Kate pause....unlike with her blonde god by the name of Nick.....especially since he is still MARRIED, if not in heart, in idea.  Despite his always sunny disposition, we get to see a darker side of Nick when things spin out of control....I say it's about time....though I can't help but wish that he remained sunny side up regardless of circumstance.  The veer-age to the dark side makes him more human. 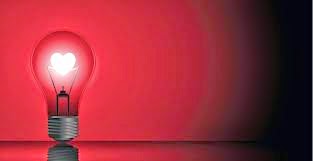 As for the story. though even I can't deny the electricity the author infuses between certain characters throughout the story, I have to say this...between book's one and two, this one has more story, more focus whereas book one lingered more between the sheets.  It was great to see more of a balance.  It felt like we were seeing the author truly grow from her previous experience.  (Way to go!)  I for one can't wait to see what she has in store for us next time around.  The world she shows us is just fictitious enough to be daydreamed of and yet real enough to....well, still be front and center in our daydreams but also painful, disheartening, and downright hard to wake up to in the morning. Ah but still, TOTALLY the life no matter what it throws at her.

The only drawbacks for me truthfully ends in a list of two.  Yep, two things.  First, I felt that the trip the Whistler was cut WAY too short.  They pretty much get there separately, find each other and then....poof, we're back in New York.  I was definitely expecting a little something more considering it was pretty much their FIRST trip together.  Anywho....onward we go to number two.  This one was something I found consistent with the author's writing/storytelling style as it was just the same in book one.  It's something small, something trivial, yet something that irked me a smidge once again....the leading lady's name or rather what others call her.  She is named Katherine.  She is called Kate and Katie (among other endearing terms).  The problem?  She is referred to by BOTH names from the same individual within the same dialogue sequence.  For me, it just creates a little bump in the story, making you back up a second to make sure you were following the story closely enough and didn't miss an add in character's arrival.  Other than these two things, we're riding the wagon of FANDOM with our flag PROUDLY displayed. 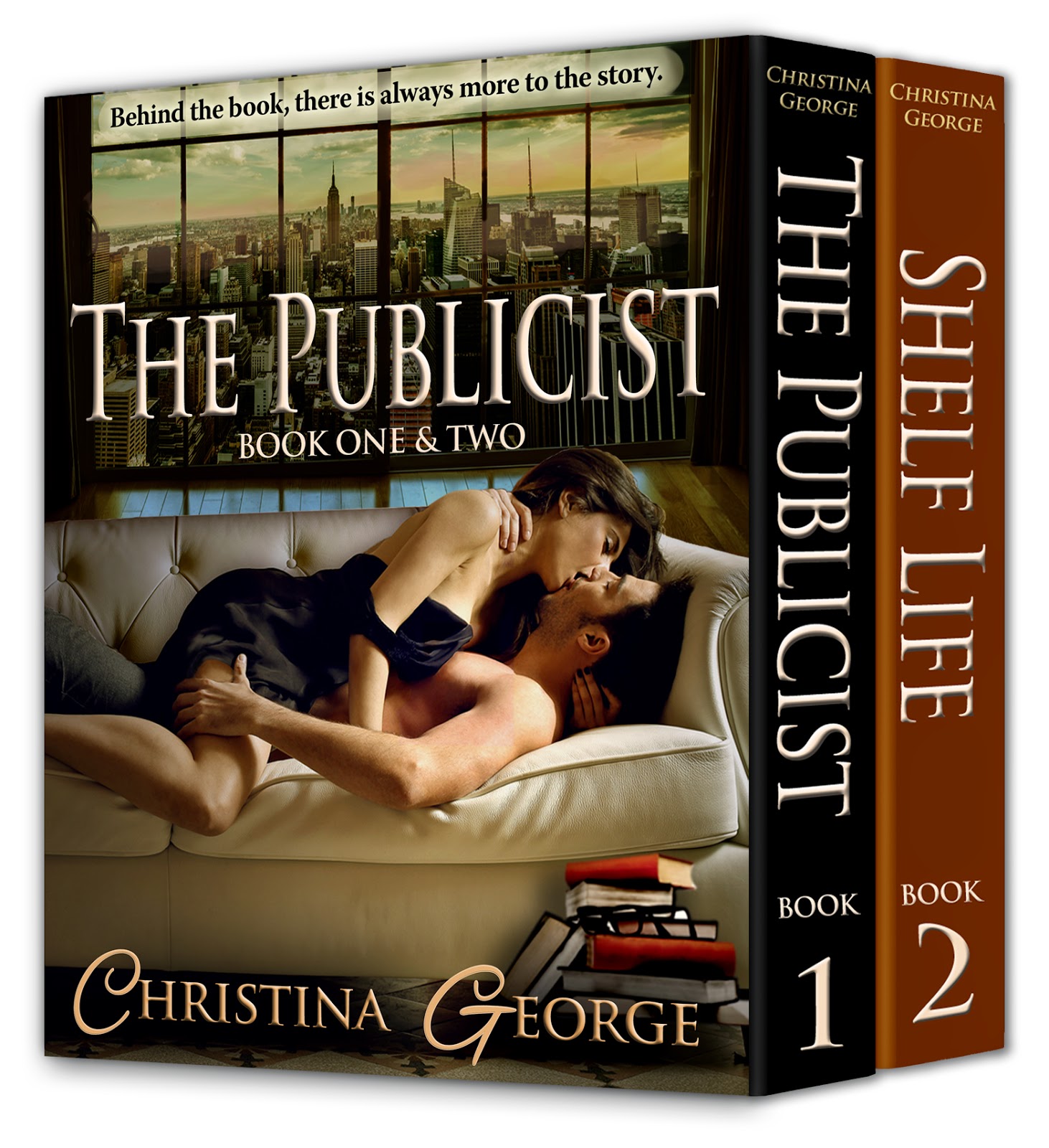 So, in conclusion, a FANTASTIC addition to the growing Publicist series perfect for adult readers of Women's Fiction, Chick Lit, Romance and general Fiction genres.  If you've a love of the publishing industry, currently run in those circles in any fashion, or wish to peek behind the proverbial curtain, this is certainly a colorful (fictitious) expose that begs to be read.  You'll be drawn in by the premise, captivated by the characters (still not sure who's team I'm on here!) and in the end, stay for the story and everything it has to offer.  You run the gambit of bookish fun to maniacal publicity events, self publishing to traditional houses, love to lust, perceived interest to the truth of the heart, and several dozen other things in between.  It's as sordid and wide ranging as the books we read and JUST as memorable for all the right reasons.  So, go ahead....try to read the first few pages because you're merely curious.  My bet would be once you start, you won't be able to stop. 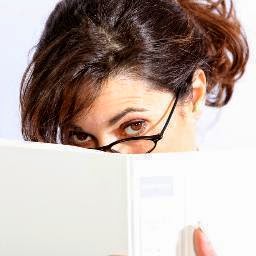 About the author....
Christina George has worked in publishing for twenty years (give or take). Here’s what this book isn't. It’s not a slam against publishing (though it is broken) and it’s not a slam against authors (though some of them are crazy). This book is not autobiographical though many of the stories are true. No you won’t know which ones, cause it’s more fun to guess, right? George continues to work in publicity and helps authors because at the end of the day she does love books, she loves publishing, and she loves authors. She hopes you’ll enjoy this romp through Kate’s world as much as she enjoyed creating it.

Bound review copy courtesy of Laura at iRead Book Tours.  (THANKS!)  For more information on this title as well as the first book, be sure to stop by the official site.  To connect with author Christina George, seek her out online, like her on Facebook, or follow her on Twitter.  This book is available now so be on the lookout for it on a bookstore shelf near you and be sure to follow the tour as it makes its way through the blogospheree.  Oh and one more think.... ~whispers~ there's gonna be a THIRD one in the series!  Woo hoo!

Until next time....I'm still dreaming of having Kate's job one day....and wishing you happy reading!

Thanks for the review and your feedback! I love this, I'm working on book three - your comments have been noted :-)

So glad you loved Book Two of The Publicist! Thanks for being a part of this tour.