Today, we play host to a blog tour via TLC Book Tours starring a richly detailed Fiction/Fantasy combination you certainly won't be expecting.  No, really!  It's a story that will drive you to turn the pages regardless of your level of understanding at some points and leave you to piece things together to solve the bigger picture.  Ladies and gents, make way for today's book of choice that is sure to tease your literary brain... 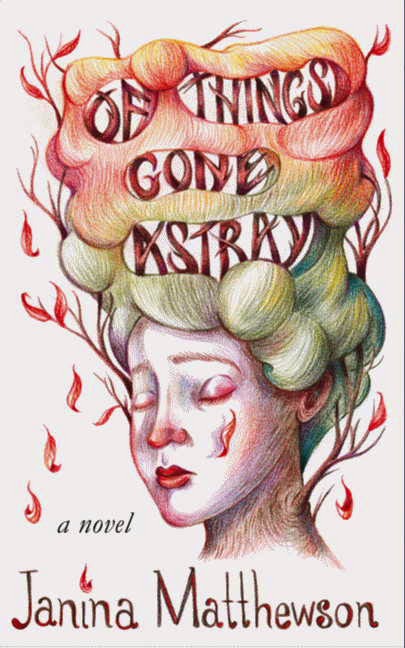 About the book...
Mrs. Featherby had been having pleasant dreams until she woke to discover the front of her house had vanished overnight …
On a seemingly normal morning in London, a group of people all lose something dear to them, something dear but peculiar: the front of their house, their piano keys, their sense of direction, their place of work.

Meanwhile, Jake, a young boy whose father brings him to London following his mother's sudden death in an earthquake, finds himself strangely attracted to other people's lost things. But little does he realize that his most valuable possession, his relationship with his dad, is slipping away from him.

Of Things Gone Astray is a magical fable about modern life and values.

So, where do I even begin because really, the story you start out with is not the book you end up with.  Confused?  Allow me to attempt to shed a cleaner light upon our subject. 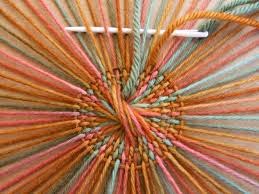 This is a story that weaves in and out of itself.  Chapter after chapter, we meet new characters until the game board is set and you're constantly wondering whether we'll reach a checkmate or stalemate.  You read each page growing no closer to a clear understanding and yet you are compelled to continue doing more of the same.  A sign of craziness?  Perhaps...but you won't care.  You simply MUST know what in fact is going on and how the tales of all the players involved wind up.  Now, back to that in and out weaving I mentioned before... 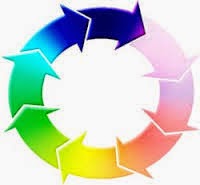 Literally every character we meet can be connected back to another until we come full circle.  Don't believe me?  Watch this...
Start with Cassie, the young lady becoming a tree...
...Jasper, the young guard that watches over her from time to time...
...who's girlfriend is the daughter of Marcus, a gentleman who's lost his keys (piano that is)...
...who is neighbors with the wife of the gentleman who lost his job, LITERALLY (as in the building and all)....
....who has a daughter that is friend's with (however unwillingly) Mrs. Feathersby who lost a wall of her home...
...who lives in the neighborhood of Jake who is a finder of lost things and his father Anthony, who has lost his connection with his son...
...who is dating (somewhat) a young lady whom has lost her way. It's confusing but curious.
It's infuriating, yet will snare your interest.
It's unusual though easy to understand in bits and pieces.

The ending though....now that threw me for a loop.  To me, it can be taken a few ways...either the tree thought the comment was about her or the person who showed leaves that the comment was said about is the mysterious Floss, bringing us full circle with all the characters.  I'm still pondering this one out in dribs and drabs and yet I don't regret my time within the pages in the least. The author truly has a way of involving you in each of her characters' lives and her knack for pulling it all together was remarkable indeed. 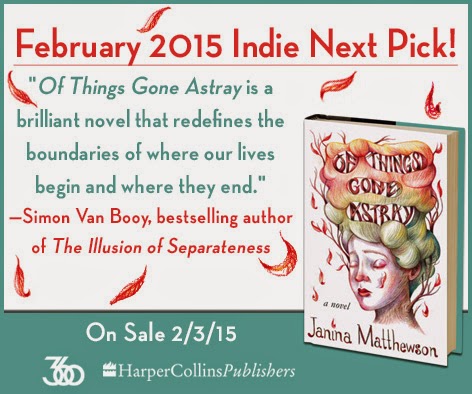 All in all, a read I'd recommend to both Fiction and Fantasy fans who love a strange and unusual story.  This one is told with everyday people who end up in extraordinary circumstances defying logic and leaves you to question which way is up....because truly it all depends which direction you are pointed. 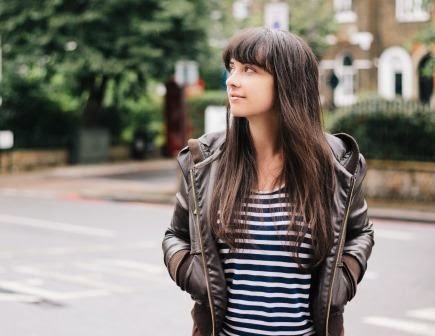 Janina is a London based writer of novels and plays. She is ill equipped to deal with domestic concerns and almost always kills her plants.

Of Things Gone Astray is now available in the UK, New Zealand, Australia, Canada and the United States. Published by The Friday Project at Harper Collins.

Her first novella, The Understanding of Women, was released world wide as an ebook in October 2012 and her play, Human and If, had it's first public reading in July 2012.

She will never get used to Christmas being cold.

Special thanks to Trish at TLC Book Tours for the chance to bring this title to you (as well as the ARC for review!).  (THANKS!)  For more information on this title, the author, the publisher, or anything else that might strike your fancy during the course of this post (within reason), feel free to click through the links provided above.  This title was released earlier this month via The Friday Project, an imprint of HarperCollins Publishers, so be on the lookout for it on a bookstore shelf or virtual retailer of your choosing.

This sounds like one of those books that sneaks up on you and sticks with you for a long time ... definitely my kind of book!