What Solomon Saw and Other Stories by Mary Dean Carson

Today, we're shining the spotlight on a short story collection that's all about love in its many forms.  Now, that statement can be taken many different ways and in this case, it should be because while some stories focus on the classic "girl meets boy", others focus on heavier topics such as infidelity, trust broken, and taking a stand.  So if you're ready to take the plunge, join me as we dip out literary toes into today's book of choice... 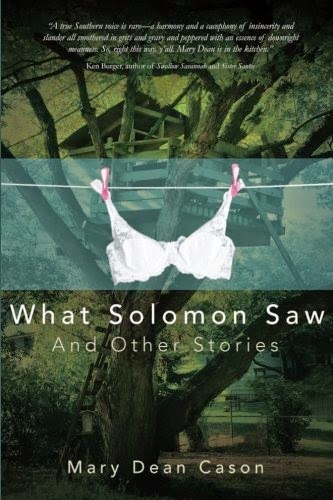 As I said, this is a short story collection that covers a broad spectrum of love.  Overall, it works, but I wasn't a SOLD customer at first.  Upon reading the very first sentence, I almost turned my head the other way.  No, really.  It wasn't so much what was said but the words chosen to relay Lester Johnson's desire to see a particular portion of Libby Tatum's anatomy, the story of which shares the title of the book.  Thank goodness I kept on though because further along, you understand it's merely where the story is set, the time period in which it occurs, and the age of the characters telling the story; acceptable for a short story, but not my choice if it was a full length novel.  Anywho, to save you and I both some time while still getting to the nitty gritty of today's title, let's break things down by individual story.

1.  'What Solomon Saw'
The person in question is not actually a person, but a tree and BOY OH BOY did "he" get an eye full....especially when that lightning set things in motion.  Random force of nature or act of God?  Hmmm...

2.  'The Army Jacket'
Shows us that patience and understanding can solve even the biggest of problems, but having a little something extra never hurts either.  Glad to see good judgment was used in this case.

3.  'Oh!  Canada'
If you can't trust the one you're with, who can you trust?  Hard to guess with the starring duo in this story but in the end, all the bad washes out.

4.  'Rich as Pluff Mudd'
Reminds us that just because others seem to have the perfect life, below the surface things can be much much different.  Acting out isn't only for children...

5.  'Speckled Bird'
I thought for sure with this one we would be dealing with a suicide but our leading lady is made of much tougher stuff and the promise she makes in the end will have a smile crossing your lips no matter how hard you try.

6.  'Girl Interrupted at Her Music'
A moving story dealing with an all too real fall out from the tragedy that was 9/11.  Life would never be the same for anyone after that fateful day but this account breathes new life into it all over again.

7.  'A Split in the Seam'
I was highly entertained by this one especially when the daughter thought for certain she was going mad (who wouldn't?!).  In the end, that bitter sweetness that comes from sharing life and love touched my heart when secrets and possible futures were revealed.

8.  'Avalanche'
An accident on the mountain and an unfamiliar pair of expensive boots leads a widow to uncover just what her husband was up to or if his heart was in the right place.

10.  'The Penitent'
I most much surprised by this one.  I never saw the twist coming.  Most startling if you're a big believer in the sanctity of religious roles regardless of circumstances...but still, moving.

11.  'A Whore for Thursdays'
Definitely not what you think it is...or for that matter what the widow thinks it is.  Can't say more or I'll spoil it but you'd be well advised not to go into shady massage parlors and ask for a Swedish.  Okay?  Okay.  *ahem*

Though I'm not usually a fan of short stories (what can I say...I like to spend more time with my characters and their lives before giving them up), once I got into this collection, I was stead fast in reading it through to the end.  I was also surprised by some of the connections that are made throughout the book as some characters come back around to add more detail to their lives and circumstances.  (Nice touch!) My favorite amongst them?  Hmm, I'd have to say 'A Split in the Seam'.  Why?  Well, it's hard to put my finger on exactly one point or another but I think the mother daughter relationship portrayed even after death, and the realization that no one is ever truly gone when they are wholly loved.

In conclusion, an interesting mix of both characters and stories that you're sure to find a personal connection to along the way.  Though shocking sometimes in actions, each person introduced has something to add to the story that leaves its mark for better or worse.  Good for a single sitting or taken in dribs and drabs, but best enjoyed in your favorite reading nook. 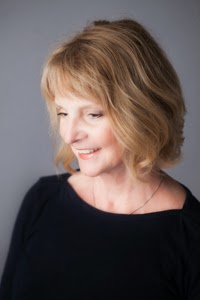 Writing stories came late, but the seeds were planted early. Growing up on the front porches of North Carolina was where Cason listened, and in time, learned to be a storyteller. In 2000, she submitted "What Solomon Saw" to Chicago Public Radio's Stories on Stage. It ended up becoming one of six finalists and ultimately spurred her to enroll at the University of Chicago's Writers Studio where she won the 2008 prize for fiction. Since then, she has been a featured writer at Chicago’s Story Club, cofounder of Indigan Storytellers, a workshop for oral storytelling, and creator of Wine, Women and Stories, an Indiana literary salon that raises money for a variety of arts-related causes. In addition to the Writers Studio prize, Mary Dean also won the University of Memphis Pinch Award and California's WestSide Story Contest. Mary Dean lives along Lake Michigan with her husband. Together they have six children. She is completing her first novel.

Special thanks to Penny at Author Marketing Experts, Inc. for the chance to bring this title to you as well as the review copy.  (THANKS!)  For more information on this title, their future promotions, or the author, be sure to click through the links provided above.  This title is available now, so be on the lookout for it on a bookstore shelf or virtual retailer of your choosing.