Hi guys and gals!
Welcome back to Satisfaction for Insatiable Readers...the site run by the girl that never did know when to say NO to a good book.
^-^

We're coming to you a little late today due to life delays (work, work, and umm, let's see...more work), but I simply couldn't let the day pass entirely.  Why?  Because!  Because today is the BOOK BIRTHDAY of author Alexander Gordon Smith's latest release!  You may recognize his name from me gushing over his Escape from Furnace series so many odd years ago; if you haven't indulged, please do!  Perhaps you recollect mention of him from his slightly more recent release that went by the title of The Fury; it was a bit more twisted and puzzling, but definitely worth the read.  If not, well then...prepare to make his acquaintance and ready a spot on your "wish" or "to read" list for today's book of choice...

About the book...
When a sixteen-year-old troublemaker named Marlow Green is trapped in a surreal firefight against nightmarish creatures in the middle of his New York City neighborhood, he unwittingly finds himself amid a squad of secret soldiers dedicated to battling the legions of the devil himself.

Powering this army of young misfits is an ancient machine from the darkest parts of history. Known as the devil’s engine, it can make any wish come true-as long as you are willing to put your life on the line. Promised powers beyond belief, and facing monstrous apparitions straight out of the netherworld, Marlow must decide if he’s going to submit to a demonic deal with the infernal machine that will enable him to join the crusade-if it doesn’t kill him first.

From the author of the Escape from Furnace series, here is the opening salvo in an explosive new horror trilogy about an ordinary American kid caught up in an invisible war against the very worst enemy imaginable.

This is a story out of place with all the holiday reads flying our way but it deserves the spotlight nonetheless.  It whisks us away to a world much like our own, in fact it really IS our own, but with something very sinister unfolding in the background that affects us all.  You see, good and bad, right and wrong, aren't so black and white when it comes to the Engineers.  Who are they?  Simply put, they are outcasts, lost causes, and orphans; those the world has forgotten about (some with somewhat good reasons) or cast aside because they are TROUBLE.  Here, trouble is a GOOD thing and making it is a normal day at the office, all in the name of stopping the demons and unearthly creatures from tearing through the veil that separates us from them and claiming the world as their own.  Why is that bad?  Well, let's just say you and I wouldn't make it...or at least in any way that is conceivably agreeable to a happy, healthy life.  *gulp*

The plot here is VERY thick.  We're dealing with unearthly machines that aren't just gears and sprockets, churning out "enhanced" people based off of what their inner desires are.  Best go in with a plan because the moment you're caught off guard, you may make a deal you won't live to regret. The "truth" of it all unfolds at a slower pace but the action taking its place is more than enough to satisfy.  Speaking of which, let's talk characters.  First up, our friend Pan who happened to make a deal somewhere along the lines mentioned.  She's part of the gang that Marlow stumbles upon when the world is literally shaking apart at the seams.  News blames it on terrors from abroad, reality is they are from below....DEEP BELOW...and they were collecting on a contract that met its deadline; emphasis on DEAD.  She's a spitfire though and hardhearted to the core...or so it seems...but push comes to shove and she'll keep you alive if it kills her, literally.  Then we have the muscle of the group, Truck and Herc...though they both have fairly big hearts too.  The latter is pretty much their leader and never met a stray he didn't want to help...hence the new addition.  Don't let him fool you though, he's still taking orders from higher up and I'm not so sure about THAT fellow.  Night, or super speedy friend, rounds out the group, at least until Marlow comes aboard, leaving us to wonder at their combined strength and yet worry that it just may not be enough.  *dun dun dunnnn*

I can't help but wonder who is LYING and about what?  It's a repeated line throughout the book from several characters usually when at death's door...or as close as one can get to that door when they've sold their soul.  *ahem*  I have this feeling that we won't learn the answer to this question in the next book either...which is ALRIGHT by me!  Why?  Because...that means there are MORE BOOKS TO COME!  In my mind, the next installment delves into the lives and stories of the other Engineers; those proposed to be working for the WRONG side...or are they?  All we REALLY know right now is what everyone has been telling us.  We're the good guys.  We're keeping H*** on Earth at bay.  I mean, it's a lot to process and far fetched for certain but how do we REALLY know that's the case?  There's still all these shadows and shady dealings.  Sorry, we could go on for days trying to sort out which team is really in the right seeing as they both have GINORMOUS living (sorta) machines that grant wishes in exchange for your soul and so many odd days later if you've not a good "Lawyer" on your side, there is LITERALLY h*** to pay....for ETERNITY.  So really, what's to question?  *gulp*

In the end, a dark and twisted start to what promises to be a thrilling trilogy (TWO MORE BOOKS TO COME!  *fist pump*) from an author who's shown us before, he knows how to write YA horror with the best of them.  Though I admit, I knew who or what the weakest link was going to be and force the story to center around, but I didn't know exactly how so it kept me on my toes...and it looks like I have to stay there until book two at the very least. (*switches for good toe shoes*) Recommended read for guys and gals of the older teen persuasion as there is DARKNESS, DEATH, DEVILS, and dealings that may be a bit too powerful for the youngest set.  Don't worry kiddos....something to look forward to as you progress in years.  ^_-

Alexander Gordon Smith, 36, is best known as the author of the Escape From Furnace Series, made up of Lockdown, Solitary, Death Sentence, Fugitives and Execution. He is is also the author of The Fury, and, with his eleven-year-old brother Jamie, The Inventors books. His new series, The Devil’s Engine, has just been released in the US, starting with Hellraisers.

He is the author of two creative writing handbooks, Inspired Creative Writing and Writing Bestselling Children’s Books, a number of screenplays that are currently in development, several non-fiction books and hundreds of short stories and articles.

Gordon is the founder of Egg Box Publishing, an independent, non-profit imprint designed to publish and promote talented new writers and poets, and is the co-owner of Fear Driven Films, a production company filming its first feature.

He actively encourages people of all ages to read and write, and runs creative writing talks and workshops across the world. In 2009 he was named by the Courvoisier Future 500 as one of the most promising young entrepreneurs in the United Kingdom.

He is called Gordon, rather than Alexander, because his Mum and Dad liked the name Gordon but didn’t want his initials to spell GAS, so called him by his middle name! 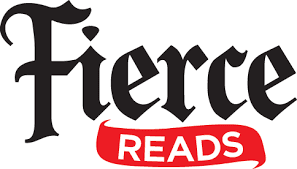 Special thanks to the publicity team at MacMillan Children's Publishing Group for the ARC (!) for review.  (THANKS!)  For more information on this title, the author, or the publisher, feel free to click through the links provided above.  This title is IN STORES NOW via Farrar Straus Giroux, an imprint of MacMillan Children's Publishing Group, so be on the lookout for it on a bookstore shelf or virtual retailer of your choosing.

Double wow I read Furnace and that was. The best book ever this one is its twin brother thanks Mr Smith for the remarkable reading