Home and Away by Dean Hughes

Today, we're spreading the word and shining the spotlight on a title that came to my attention earlier this month.  It comes to us from Shadow Mountain Publishing and stars a book that impacts the holiday yet spans a much larger timeframe and affects more than just one family.  It'll touch your heart in many ways and for some hit home more than you may realize at this point in time.  Ladies and gents, those you've served and those who have stood by those serving, please join me as we welcome today's book of choice...

About the book...
A historical fiction novel told from the perspective of a son fighting on the battlefields of Europe during World War II and his mother, struggling with worry and uncertainty about her soldier son while she tries to keep a semblenance of a normal, happy Christmas holiday back on the homefront.Norma Hayes has always tried to make Christmas special for her family, but 1944 will make that more difficult with money being tight and wartime rationing making everything hard to come by. Aware of his mother's hardships and the worry from having her eldest son at war, second son, Dennis, is determined to buy his mother a special gift this Christmas, a lavendar blue dress he hopes will bring her comfort as a symbol of special times gone by and the hope of a brighter future with the family reunited at war's end. Meantime, on a battlefield far from home in Holland with his 101st Airborne battalion, her soldier son catches a familiar scent of lavendar which briefly transports him back to the homefront to the perfume scent his mother wore, giving him a short respite and reuniting the family once again if only in his imagination.

This is the story of the Hayes family, but also that of many families around the world whose loved ones are serving or have served their countries throughout the years.  Our particular tale centers around WWII sharing both outlooks from HOME and those AWAY on the front lines.  It shares the heartache felt everyday as their absence is realized anew.  It shows the strength of heart they were forced to show in order to keep their daily lives going as well as the fortitude necessary to stay strong in the face of the enemy.  It also makes us privy to the particular twists and turns that life took for young Dennis Hayes while his brother was off at war.

Dennis was your average lad; afterschool job, average grades, navigating first love, helping his mom, while steering clear of his pops...the usual.  He and his father never really saw eye to eye and the absence of his older brother didn't help things in that department.  You know how some siblings simply are closer to one parent or the other?  Such was the case here and Dennis was much tighter with his mother.  His father was someone present yet not, for him at least.  He had quite a temper and when stoked by alcohol, things only got worse.  Dennis tried to be the fire blanket to his temper but things didn't always work out that way.  Theirs was a relationship that could only be grown into, not forced.

The familial bonds were definitely stretched but when you add in the stress of having a loved one on the front lines, it became even more intense.  The lack of communication back then, or rather the delay in its arrival, was enough to put a loved one back home in one fashion or another before word of their whereabouts made it to your door.  All the while, life marches on.  Siblings grow up (in some cases faster than they need to), marriages evolve, and all that was put on hold on that fateful departure day is unrecognizable upon return.  I admit, I wasn't certain what was in the cards for Dennis' brother but when word came, I was hanging on every syllable as much as they, which brings me to another point... 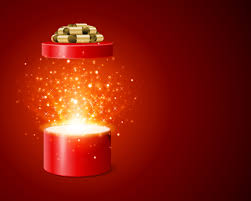 There are plenty of opportunities to grab the old tissue box here, but around page 89-90, I had met my match.  I was tearing up at the sheer love Dennis showed for his mother as well as the generosity of the saleswoman in aiding his cause.  What cause you ask?  To put it simply, to purchase a Christmas present for his mom, but with money tight and expectations (on his part) high, achieving that goal was going to take a little heaven-on-earth assistance.  It was a joy to behold the kindness shown in this simple scene and a testament to the author's ability to write emotively.  If I wasn't a fan of Dennis already, that page alone would have done the trick.

Overall, I'd say a winning read for any time of year for those that have served our country, those that kept the fires burning at home, or anyone really.  It's a Fiction read straight from the History books that reflects seasonal celebrations both then and now with spot on accuracy.  Whenever a family or friend is missing from the family photo, it's felt, more so at the festive time of year that heralds the enjoyment of that very thing.  The real yet tender way it was portrayed here leaves a lasting impression and reminds us to celebrate EVERY moment because we never know when it will be our last.

Dean Hughes is the author of more than eighty books for young readers, including the popular sports series Angel Park All-Stars, the Scrappers series, the Nutty series, the widely acclaimed companion novels Family Pose and Team Picture, and Search and Destroy. Soldier Boys was selected for the 2001 New York Public Library Books for the Teen Age list. Dean Hughes and his wife, Kathleen, have three children and six grandchildren. They live in Midway, Utah.

Special thanks to Austin at Shadow Mountain for the copy for review.  (THANKS!)  For more information on this title, the author, or the publisher, feel free to click through the links provided above.  This title is available now, so be on the lookout for it on a bookstore shelf or virtual retailer of your choosing.