Welcome back to Satisfaction for Insatiable Readers.

Today, we're diving into the political ring with a Young Adult release that shows it doesn't matter what stance you take, the heart wants what it wants.  It's got feeling, heart, smarts, and snarks.  In short, an easy breezy addition to your weekend reads as you're recovering from the holiday.  Don't believe me?  Well then, let's tally the votes and see what we see.  Ready or not, here comes today's book of choice...

About the book...
Enjoy Red Girl, Blue Boy and the other standalone titles in Bloomsbury's contemporary If Only romance line centered around an impossible problem: you always want what you can't have!

Sixteen-year-old Katie and Drew really shouldn't get along. After all, her father is the Republican nominee for President of the United States while his mother is at the top of the Democratic ticket. But when Katie and Drew are thrown together in a joint interview on a morning talk show, they can't ignore the chemistry between them. With an entire nation tuned into and taking sides in your parents' fight, and the knowledge that--ultimately--someone has to lose, how can you fall in love with the one person you're supposed to hate?
This title in the If Only line is a frank and funny romance that shows how sparks fly when opposites attract.

A story of two teens from opposite sides of the political platform finding (perhaps) their perfect match in the enemy camp and the trials and tribulations that await their journey to a happily-ever-after.

I loved Katie's ambition and clueless innocence. She's always been about the campaign and helping her father achieve the seat or role he was aiming for, so much so that the dance of everyday life has almost passed her by.  Emphasis on almost.  There's still time, she is a teenager after all, and who better to show her than someone schooled in the ways she is not that goes by the name of Drew.  Who better indeed.  You see, he's that "enemy camp" I mentioned earlier, as in the son of her father's opponent in the presidential race for the White House.  NOW so you see the problem?  Uh-huh. I thought so.

Things take a turn for the unexpected when Katie loses her cool on national television and with the scathing remarks she unwittingly unleashes, she may not be quite as innocent as first perceived.  Not to worry, neither is Drew though he does unexpectedly find his hidden armor (as in "knight in shining"). What he and she do for the other is touching and sweet....just don't remind them of it because their "friends" are going to for the next HUNDRED years or so anyway. Why do kids have to be so mean?!  A few car repairs, and a masquerade dance later ( another too funny and too sweet moment!) and their original quest to make friends turns into something more...at least for the time it takes for Johnny Q. Public to stick its nose where it doesn't belong once again.  Are these two strong enough to stand in the public's unforgiving eye or will they end things before they've really begun?

All in all, I really enjoyed my time in the trenches.  It was sweet yet real with characters that you come to care for despite their snarly tendencies (again, they ARE teens!). The little twist about midway through was something I could barely believe though, but it provided a welcome surprise. Seriously!  If I could have come through the pages and knocked them both about the head, well...let's just say I could have stopped a lot of heartache from ever happening.  It's a look at life on the trail for the teen set that I'd recommend for YA fans of all ages, and affiliations. ^-^ 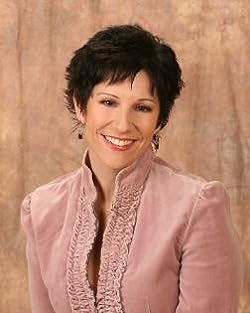 I was an independent bookseller and buyer for 11 years before deciding to take a chance on myself as a novelist. While trying to sell my books, I worked variously as a Publishers Weekly reviewer, a freelance editor, a sort-of librarian, and a window washer. My first novel, The Thin Pink Line, about a woman who fakes an entire pregnancy, was published by Red Dress Ink in 2003 as their own first-ever hardcover. It was published in 11 countries and was the first book from any Harlequin imprint ever to receive a starred Kirkus review. I've since had over 20 books published for adults (Vertigo), teens (The Twin's Daughter) and children (The Sisters 8 series, created with my husband and daughter). Recently, I've published a few ebooks as well, including a comedic romance for adults, The Bro-Magnet. I live in Danbury, CT, with my wonderful husband Greg and my equally wonderful daughter Jackie. 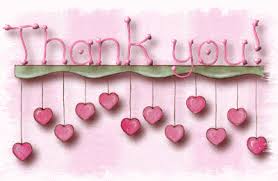 Special thanks to author Lauren Baratz-Logsted for the SIGNED review copy.  (THANK YOU!) For more information on this title, the author, the series, or the publisher, feel free to click through the links provided above.  This title released October 2015 via Bloomsbury USA, so be on the lookout for it on a bookstore shelf or virtual retailer of your choosing.