Today, I'm coming to you not from a borrowed laptop (though I was DEEPLY grateful for its use) but from my brand spanking new Dell Laptop with Touchscreen!  (Thanks Mom...I mean, Santa!)  Obviously, I'm over the moon and still figuring out all the new stuff (but I gotta say Windows 10 thus far is a DREAM compared to 8 and Contara is pretty cool) but that's not going to stop my from blogging up a storm.  A STORM I TELL YOU!  Hence, the beginning of the storm...

The featured title of the day comes to us from an author featured here once before.  Several moons ago, you may recall a post highlighting the work of Angela Correll, or more specifically the book Grounded.  It was rather memorable is not for the story but the characters.  You really form a bond with both Annie and Beulah that lasts beyond the page.  If you haven't checked it out, I highly suggest you do.  That being said, today we're shining the spotlight on the follow up to that work that just released this month and is more than ready for your reading pleasure.  Ladies and gents, let's get to it!  Today's book of choice is.... 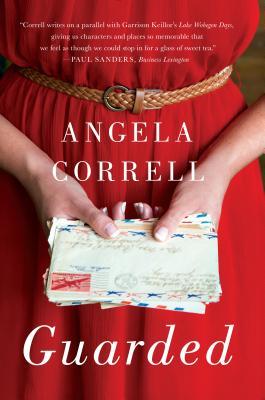 About the book...
Former New York City flight attendant Annie Taylor is adjusting to farm life when her grandmother threatens to tear down the old stone house, unable to finance a restoration after the summer fire. Annie s boyfriend Jake has severed his corporate life in Cincinnati and is jumping headlong into sustainable farming on the land next door. Their new relationship is wonderful--but can it last? As they take steps forward, a paralyzing fear of abandonment threatens to destroy her trust in Jake. As Annie works to save the old stone house she finds letters written during World War II that reveal a family mystery and an Italian connection. Her grandmother is hesitant to uncover the secret, afraid of what it might mean to her family s name if the truth is laid bare. Comments from a nosy neighbor solidify Annie s fears about herself and when Beulah agrees for Annie to travel to Italy to search out the family mystery, Annie is happy for the time away to sort out all her feelings. In the meantime, Beulah is left with an unexpected Italian-Catholic houseguest who wreaks havoc with Beulah s Baptist ways and country routine. As the family mystery in Italy unfolds, Annie is forced to face her own past. She is ultimately faced with a choice: will she let history sabotage the future?" 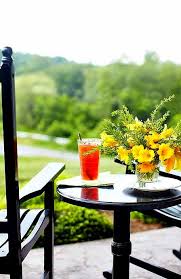 A beautiful visit with old friends that reveals a past formerly unknown, and a future never imagined.

First things first, that title!
I'm thinking of starting a new trend in my reviews where we discuss the potential meaning of the given title/image, perhaps before AND after the read. Sound good? Well let's give it a try now. This particular one had a young woman holding a set of letters. They appear to be international in origin given the envelope detail and handwritten for certain.  In referencing the title, she could be guarding the letters themselves, the content, or keeping herself guarded from what's within them. Is it good news she's anticipating but unsure of? Is it bad news that she'd rather not reveal? Are they memories kept at bay so long as in the envelope they remain? Add it turns out, most of the above is true...

The story itself isn't set at a fast pace. It develops slowly over time and draws the reader in with each revelation. As Annie strives to find a way to keep her grandmother from demolishing the old stone house, we feel the loss she's anticipating. As her bond with Jake seems to become more and more tenuous, we feel that potential heartbreak. As Beulah discovers the past hidden from her and a future she never saw coming, our hearts to go out to with open arms. Even when she's dealing with an interesting house guest, we share in the misadventures that come her way. We ride the highs and lows with them because that's what the author has bid us to do upon entering this world not so far from our own doorsteps...and once we do, we are anything but disappointed.

My favorite character this time around though wasn't who I thought I would be.  I mean Annie is sweet and tries so very hard, often times to her own detriment.  Beulah is just as strong as always, even when faced with her own past potentially crumbling around her.  Jake is present, but not completely thus essentially removing him from my "faves" list; sorry old chum, but I was on the same boat as Annie in the worrying department thanks to your lack of communication there.  Nosey neighbors (no matter how well meaning) have never done a thing for me and the slow blooming love affair of the heart in someone else's cards must be given space.  That left but one soul in my book and what a soul it was...Ms. Givens.  She was the sweetest of hearts, the most congenial of hostesses, the most memorable of the many to be remembered and yet she played more of a behind the scenes role than most.  Funny how that happens sometimes, isn't it?

Overall, a book to be read not in a moment but a few pages at a time as the mood strikes you. You have to let the story marinate, the lessons it has to share reveal themselves as they see fit, and be reminded that no matter how high the pedastool we place someone, no one is perfect. It's how we love them, just as they are, that really matters. Recommended for Fiction fans of all ages that like a taste of the old country with a Southern twist.

Angela Correll lives on a farm with her husband and an assortment of grass-fed cattle, horses, goats and chickens. She is owner of a retail shop and co-owner of a farm-to-table restaurant. Her debut novel Grounded was an Amazon bestseller and was adapted into a play by Chelsea Marcantel and premiered in July 2015 to record-breaking crowds at the Pioneer Playhouse. 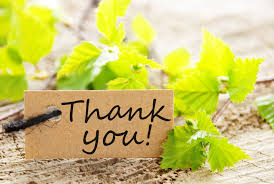 Special thanks to Jordan and the author herself for the copy for review. (THANKS!)  For more information on this title, the author, the publisher, or her other works, feel free to click through the links provided above.  This title celebrated its book birthday the 1st of December via Koehler Books, so be on the lookout for it on a bookstore shelf of virtual retailer of your choosing.