Hi guys and gals!
Welcome back to POST 2 of today's bookish holiday festival here at Satisfaction for Insatiable Readers. 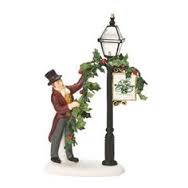 This time around, we've another HOLIDAY SPOTLIGHT coming to you courtesy of Smith Publicity Inc.  It stars a unique take on a Christmas classic that I (as you might already know) happen to read some version of every year.  Will this be my version this year?  Hmm...that remains to be seen (*looks at reading schedule....eek!*) but that doesn't mean I'm going to keep it from all of you.  To me, it sounds like A Christmas Carol for a new generation.

Now there certainly isn't anything wrong with the original (goodness knows, I love it!) but when something has as much staying power as this title, there's plenty of room for creative re-imagining to take place and reach another sector of the Johnny Q Public audience.  That's not to say that this is going to be all peaches and cream, and if you think of the original you'll know that pretty much stays the course of truth, but the harsh realities it deals in are something that needs notice taken just as much as those shriveled children beneath Ghost of Christmas Present's robes.  So, without further ado, I give you today's holiday spotlight guest... 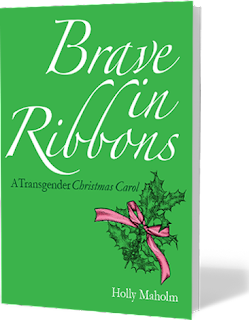 Everyone knows the story of 'Scrooge' from Dickens' A Christmas Carol - that selfish miser who is visited by three "Christmas Ghosts" who - during the course of one, event-filled night - take Scrooge back into his past to witness several powerful and emotional revelations that show him the error of his ways. In Brave in Ribbons, a transgender woman ("Connie") appears in the place of Scrooge, but - being transgender - she faces her own unique and unexpected revelations, as shown to her by those three well-known Christmas Ghosts. As the three Ghosts take us back to see episodes from Connie's past, we see moments of joy and fulfillment, but we also see her suffer rejection and abandonment by those family members who once loved her, and whom she loved. Connie's older brother, Tommy - who has passed away and come to the afterlife - refuses to give up loving and supporting Connie, and it is Tommy who enlists both his Guardian Angel and Satan ! (who goes by the name of "Stan" in the afterlife) to play the part of those Ghosts who will help him keep watch over Connie. Brave in Ribbons tells the "truth" of a transgender woman, and of her place in the world during the Christmas Season. It is a story of undying love, devotion and sacrifice, but it is also a story of cruelty, injustice and sadness 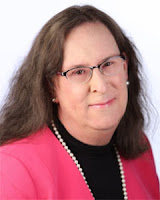 She grew up in a suburban area south of Akron, Ohio and graduated high school in 1967. She entered Yale University where she majored in Japanese History, Language & Culture, graduating in 1972. She then spent 2 years living and working in Tokyo, Japan, as a translator and researcher, after which she returned to the United States to attend The Ohio State University School of Law, graduating in 1977.
She returned to Tokyo and worked as an attorney in a Japanese-American law firm, working there from 1977 through 1979. In that year she returned to the U.S. to Cleveland, Ohio, where she began working as an attorney at a company called International Management Group (“IMG”) which was at the time the largest sports marketing agency in the world. She worked as a senior attorney at IMG until 2004 when she retired and set up her own law office.
Holly has been married twice. She has three daughters from her first marriage, and she actively co-parented her girls in cooperation with their mother. She began creative writing projects in 2005 with two screen plays, and in 2009 commenced writing narrative fiction. In 2011 she completed a novel entitled When Once I Lived and later adapted chapters from that book as a stage play. Holly latest work is Brave in Ribbons (2015).
In 2013 she began her transition to living full-time as a woman. In 2015 she changed her name legally to Holly Joan Maholm. Holly is a name she has always admired, Joan is the name her mother once told her she would have been named, had she “been born a woman,” and Maholm is the family name of Holly’s paternal grandmother.

Holly continues to reside in Cleveland, Ohio where she is active in the transgender community. 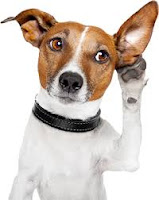 So, what say you readers?
Will this be on your to read list this holiday season?
What captured your attention?  What spoke to you?
Wait a moment...don't answer just yet.
Why?  Because now is....

That's right.
Thanks to the team at Smith Publicity (Thanks, Lynn!), I have to opportunity to give YOU A CHANCE TO WIN a copy of this very title to call your own!  All you have to do is fill out the Rafflecopter form below and you're in it to win it.  Wanna score a few extra entries?  There are plenty of options, including sharing your thoughts on what you just read.  Sound good?  Good!  Now, let's get to the entry....

Special thanks to Lynn at Smith Publicity for the chance to bring this spotlight to you.  (THANKS!)  For more information on the title, author, or those promotions on the horizon, feel free to click through the links provided above.  This title is available now via Angry Rabbit Enterprises LLC, so pick up your copy today over at Amazon and it'll wing its way right to your mailbox.