Today, we're closing out the week with a review of something old yet new minus any hint of blue.  It's a recent release from a familiar voice in the Fiction arena that's adding yet another title to the stacks for Austen fans to clamor over.  That's right.  Time to visit with an old friend in a new light as we introduce today's ebook of choice... 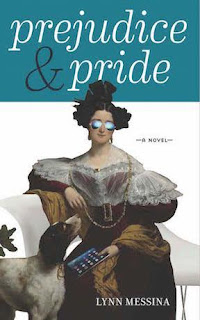 About the book...
You know Darcy: rich, proud, standoffish, disapproving, one of the greatest romantic heroes of all time. But you don't know this Darcy because THIS Darcy is a woman.

In Prejudice & Pride, Lynn Messina’s modern retelling with a gender-bendy twist, everything is vaguely familiar and yet wholly new. Bingley is here, in the form of Charlotte "Bingley" Bingston, an heiress staying at the Netherfield hotel on Central Park, as is Longbourn, transformed from an ancestral home into a perennially cash-strapped art museum on the edge of the city. Naturally, it employs an audacious fundraiser with an amused glint in his eye called Bennet.

All the favorite characters are present and cleverly updated: Providing the cringe-worthy bon mots is Mr. Meryton, the nerve-wracked executive director of the Longbourn who’s always on the lookout for heiresses to join his museum’s very important committees. (Universally acknowledged truth: Any woman in possession of a good fortune must be in want of a social committee to chair.) Collin Parsons is still in obsequious, if ironic, awe of his patroness, Lady Catherine de Bourgh. The wicked Georgia Wickham toils as a graphic designer at Redcoat Design by day and schemes against Darcy by night.

With her trademark wit and style, Lynn Messina takes the genres she does best—chick lit, mashups, and Regency romance—and weaves them into one delightfully entertaining tale that doubles as a fun guessing game.

First things first, let's talk about that cover.
Umm...well it's certainly "fashion forward" and the little additions of the tablet and aviator sunglasses are obviously there to "update" the look much as this retelling is intended to for to the story, but honestly, had I not been approached about the book or read some of her previous works, I wouldn't have picked it up.  There's something about the image that just forces my eyes from it completely.  Perhaps it's the attempt at mashing the two time periods together with a rather awkward result or maybe it's my aversion to ereaders and I'm assuming that that is indeed what the female on the cover was doing prior to pressing the HOME icon as the "photo" was being captured.  In either case, it just doesn't do a thing for me, but that's not exactly how the results of my read through the epages turned out... 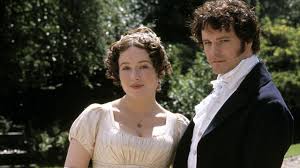 I've said it before and I'll say it again, I've never actually read the ORIGINAL story penned by the infamous Jane despite having read several retellings.  I have of course seen (most) of the favorited version of the novel turned film in which a Mr. Colin Firth does star though...Austennite or not, who hasn't?  Between the former and the latter, I know the basic story line more than enough to make general compare and contrast statements of the works I've read.  Here, it follows closely for certain, even with it's rearrangement of the roles for man and woman and it's pulled off rather well I might add.  Here, Mr. Bennet wears the prejudice badge well while Ms. Darcy let's her pride fly like a flag on parade.  They are both admirable and repulsive all at once; conundrums in human form!  One second you like them, the next...LOATH.  One moment he's right and she's wrong, the next it's all heads over tails.  You just know that if they could ever get it right, they'd be a match to write stories about, but in their dance they are always one step off...well, not always.  *wink*  Moving forward...

Lady Catherine is a windbag if ever there was one and an equal match (though don't say that in her presence) for Mr. Meryton, the twitchy overly excited museum curator.  Trust me when I say, there is no love lost for either character and I'm not exaggerating in the least; obviously not characters I'd care to meet in real life.  Bennet's brothers, John and Lyndon, are quite the duo.  One's a ladies man with no work ethic and the other works with full dedication and only has eyes for one lady in particular...Ms. Bingley.  Despite status, background, and what Lady Catherine (and Darcy!) deem as common sense, the pair seem fated for each other....at least until others have their say bringing both their worlds to a seemingly heartbroken end.  Will they stay that way?  Well if one knows the original story line, than one knows the answer.  If not, I suppose you'll have to read it to catch up now, won't you? 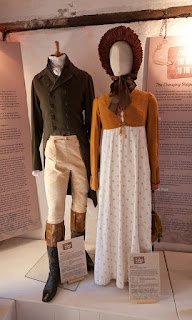 Despite my singing its praises, of which there are many to list, for me, I can't say that the endeavor was an entire success.  Why?  Well, I do believe that it was written so much in the same vein with witty yet dry banter, humor found in inexcusable places, and surprise feelings cropping up at the most unfortunate times, that I had a hard time keeping my head in the here and now.  That is to say, my imagination kept trying to force the women into corsets and the men into those awkward little jackets, thus turning a THIS century piece into a THAT century piece that never really quite fit into either mold.  Did it tarnish the story for me?  Overall, no....but it did present an unexpected challenge to be constantly aware of while reading.

In conclusion, an enjoyable addition to the growing ranks of Austen flavored reads available to Johnny Q Public and one I would certainly recommend regardless of the readers familiarity with the original story; that could possibly work in their favor in regards to the time period issue I experienced.  I can see older teens through adults enjoying the sniped remarks, simmering emotions of both extremes, and the eventual fallout from having one's foot stuck in their own mouth a time too often.  The characters are believable if not all completely on the lovable side of things, and you'll find yourself wrapped up in their stories just as much as if they were your besty from down the street.  Does it trump the original?  Not from where I'm sitting, but then again, it wasn't intended to.  It pays homage to its origins but then thumbs its nose as it takes the characters into the cultured streets of New York.  Nicely done! 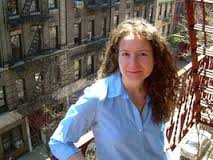 Lynn Messina is the author of six novels, including Little Vampire Women and Fashionistas, which has been translated into 15 languages and is in development as a feature film. She attended Washington University in St. Louis, where she studied English literature. Her writing has also appeared in Self and Modern Bride, among other publications. She lives in New York City with her husband and sons. 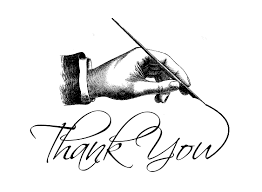 Special thanks to Felicia at Martin Publicity for the ebook for review.  (THANKS!)  For more information on this title, the author, the publisher, or future promotions, feel free to click through the links provided above.  This title celebrates its BOOK BIRTHDAY December 15th via Potatoworks Press, so be on the lookout for it at a retailer of your choosing.

Loving the cover and with a glut of re-tellings on the market I'm sure this will stand out.

Definitely a book I'll keep a look out (I might even go as far as to add it to my wish list) as I'm intrigued by your mention of a 'gender-bendy twist'.

Yay. I'm so glad you like the cover. The designer and I went back and forth on it so many times.
And: Thanks, Gina, for the lovely and thoughtful review.